Shocking story of dog 'thrown into canal to die' 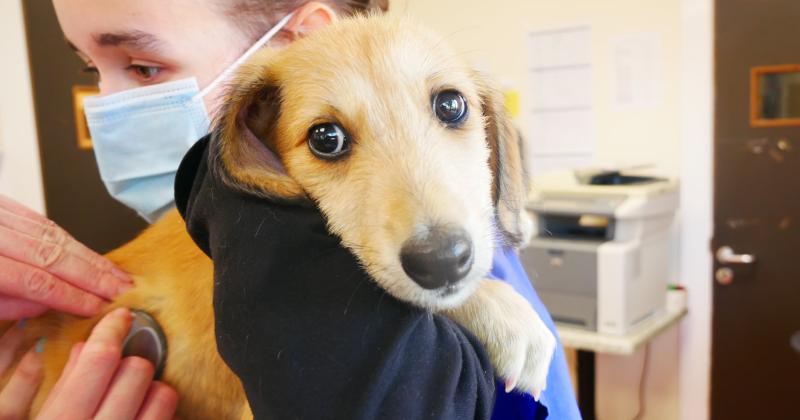 Shocking story of dog 'thrown into canal to die'

The DSPCA has shared the story of a beautiful lurcher puppy that they say was "thrown into a canal to die."

"Last week while out fishing a man saw someone throw a large black sack into a canal. He just felt something was very wrong and so he waited and fished it out with a net," they explained.

"Tucked inside the bag was a 10-12 week old Lurcher puppy. The very kind gentleman brought him home and kept him safe for a few days before bringing him up to the DSPCA.

"River had pressure sores on his back legs most likely from lying on hard surfaces. They will heal over the next few weeks with soft bedding. His big brown eyes would just melt your heart. To think that he was thrown into a canal to die is just not worth thinking about and is completely heartbreaking.

"River is doing well and getting lots of care, cuddles and soft blankets, a far cry from what was in store for him."

To rescue, rehabilitate or rehome with the DSPCA, visit www.dspca.ie.