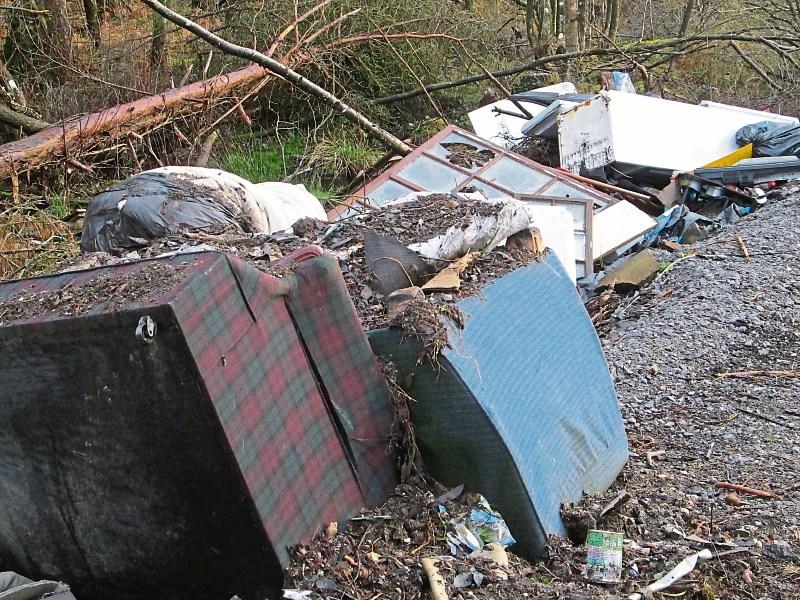 People dumping litter around the Nenagh Municipal District Council area have been branded as “environmental terrorists” by one local councillor.

And Cllr Seamus Morris has said that people are travelling short distances from the Nenagh town and dumping along local roads.

“It is terrible what is going on,” he declared. “I have never seen the level of dumping that I see now.”

Cllr Morris said they could blame people for it but as a council they had to ask why it was happening.

“What action have we taken?” he asked. “We put a man out of business. He begged us not to and we are seeing the consequences of this. I warned you.”

The Independent councillor called for a national waiver system to help people.

“We funded the banks and the EU funds the farmers. We need a waiver system,” he said.

Council official Ann Peters told Cllr Morris that a pay-by-weight system was due to start in March 2018 and she understood there would be a waiver system for those with a medical condition.

Meanwhile, Cllr Michael O'Meara has highlighted dumping at the Angler's Rest near Rathcabbin.

“It looks like a couple of lorry loads of rubbish were unceremoniously dumped there,” he said. “It is horrendous.”

He feared there was not much the local council could do about the issue as the dumping was on private land and the owners were outside the jurisdiction.

The Nenagh MDC January meeting was told that the council had issued 25 derelict site notices and were working with 12 owners. A total of 72 litter fines were issued in 2017.

Cllr Hughie McGrath asked how effective CCTV cameras were in catching those fly tipping, and he was told by Cathaoirleach Cllr John Carroll that a number of people were identified over the Christmas period. Cllr Carroll hoped these people would be dealt with in a “robust manner”.

He stated that people were driving past recycling centres to dump rubbish illegally.