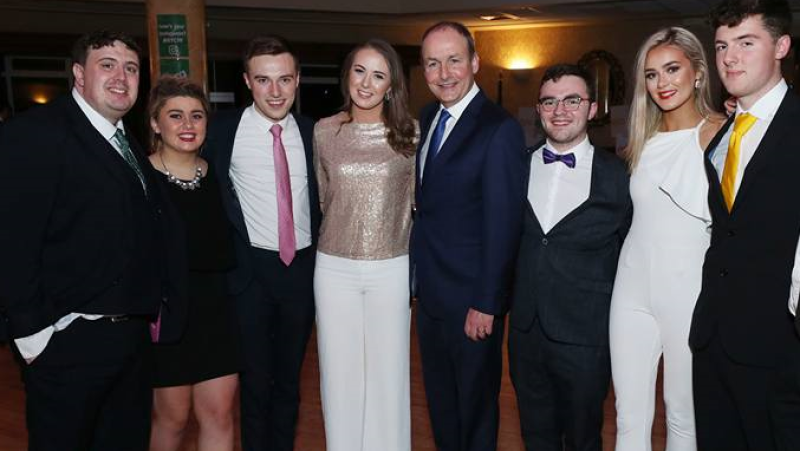 Dean Walsh of Ballynaclough was elected to the Fianna Fáil Árd Comhairle by the party’s youth wing. He will hold the role of Third Level Representative. Dean’s election takes Tipperary’s representation to five members on the governing body of Fianna Fáil, the most numerous representation of an constituency in the country. Dean is studying in University of Limerick.

Ryan O’Meara from Toomevara was presented with the Best Speaker award by Uachtarán Fianna Fáil Micheál Martin for his contributions to policy debates at the conference.

“We are very proud of both Dean and Ryan. Their success reflects very well on the work of Tipperary Fianna Fáil in helping younger members develop their interest in politics,” said Mollie Ryan, Thurles, chairperson of Tipperary Ógra Fianna Fáil.

Jackie Cahill TD, who had topped the poll at the Fianna Fáil selection convention the night before the conference, also extended his best wishes to the two young men:

“Dean and Ryan are continuing a fine tradition amongst young members of the Party in Tipperary over the past 15 years. I wish them both well into the future, which is undoubtedly bright for both of them”.

Ógra Fianna Fáil is open to members aged 16-30 and in Tipperary has members from Nenagh, Thurles, Roscrea, Carrick  on Suir, Cashel, Cahir and Clonmel.