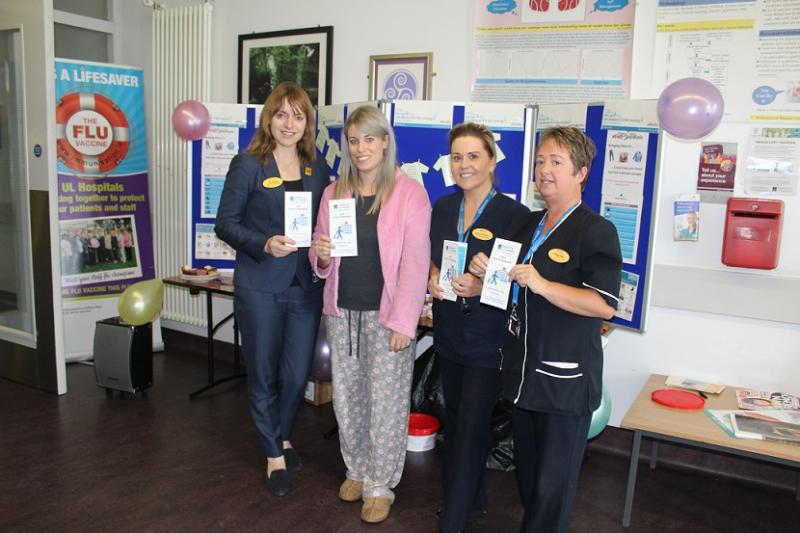 A pilot project being undertaken in Nenagh Hospital as part of the international #EndPjparalysis campaign aims to get patients out of bed, dressed and moving for a faster and healthier return home.

The #EndPjParalyis campaign was first coined by Professor Brian Dolan, Honorary Professor in Healthcare, University of Salford in late 2016 but the risks of prolonged immobility have been understood for decades. In a British Medical Journal paper in 1947, Dr Raj Asher described ‘The Dangers of Going to Bed’. He outlined the clinical risks of keeping patients in their pyjamas, arguing that bed rest should be prescribed and not assumed.

The premise behind this international campaign is very simple and is an umbrella term for the promotion of early mobility and increased function. In recent times, once patients arrive in hospital they normally stay in their pyjamas or a hospital gown until they are discharged. This goes against both conventional wisdom and research, so the goal of #EndPjparalysis is to get patients up, dressed and moving.

The Nenagh pilot project is a joint initiative of nursing staff and health and social care professionals (HSCPs) working in Nenagh and will concentrate on two medical wards over 50 days. It was launched on Wednesday, September 26th, so the local campaign will coincide with Positive Ageing Week. Ward staff have completed education sessions and the project steering group have developed information leaflets for patients and families.

The campaign aims to reduce harm, enhance dignity and promote speedier recovery and ultimately reduce length of stay. Patients over 80 years old who spend more than 10 days in a hospital bed lose 10 per cent of muscle tone as deconditioning is a major cause of prolonged harm during and following hospital admissions (Gill et al 2004).

Instead of patients being poorly in pyjamas, where clinically appropriate, we aim to encourage patients to get into their own clothes each day and move about, just as they usually would at home. In increasing patients and their families’ engagement in patient care, this initiative aims to empower patients to maintain their mobility, function and identity.

Elaine Ryan, CNM 1, Medical 2 Ward, Nenagh Hospital, said: “As we all know and realise, everyone wants to return home as soon as is possible when admitted to hospital, so we as health professionals want to facilitate this transition as best we can. We hope this initiative will help both us and the patient in achieving this goal of a faster and healthier return to home”.

Aoife Synnott, Physiotherapist and Project Lead: “In recent times we are seeing more and more that patients are becoming deconditioned as a result of a hospital admission due to long period spent in bed, more so than they would at home. We hope to change the mindset from having to wear pyjamas in hospital and stay in bed to show that patients can get dressed and stay moving as we would at home. This will in turn help patients to stay strong, so that when time for discharge comes they are ready and it’s no longer delayed due to weakness or frailty.”

And Fiona Steed; Group Lead Allied Health, UL Hospitals Group, commented: “I am delighted to support this initiative in Nenagh Hospital. Research has proven the benefits of getting patients dressed and out of bed in a timely manner. #EndPJParalysis is an international movement and I would like to thank Aoife, the physiotherapy and nursing teams in Nenagh Hospital for piloting this initiative.”