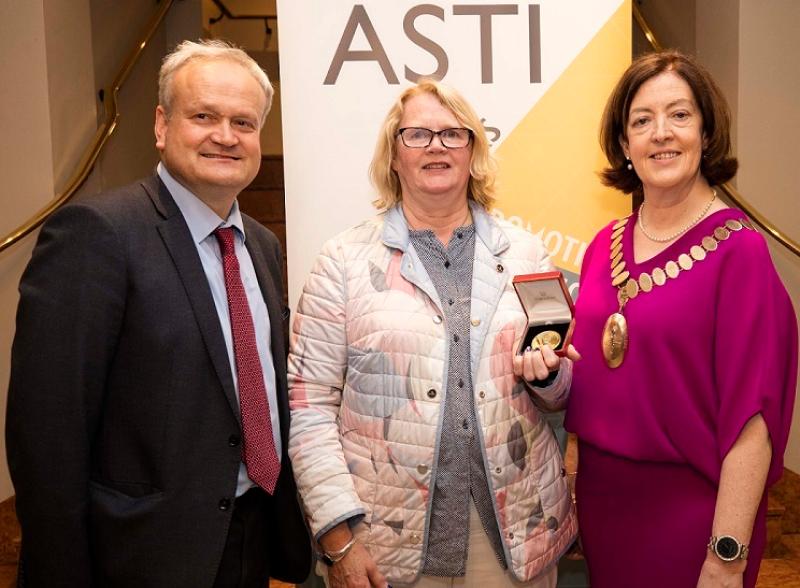 Rose Walsh, a former teacher at St. Joseph’s CBS, Nenagh, and a member of the Nenagh Branch of the ASTI, received a Thomas MacDonagh medal from ASTI President Breda Lynch in honour of her service to the ASTI. This medal recognises extraordinary service to the union by members. It is named after the historical figure Thomas MacDonagh who was a founder member of the ASTI.
The award ceremony took place on Friday, May 24 in the Gresham Hotel in Dublin.
Pictured is l to r: Kieran Christie, ASTI General Secretary, Rose Walsh from ASTI Nenagh Branch and Breda Lynch, ASTI President