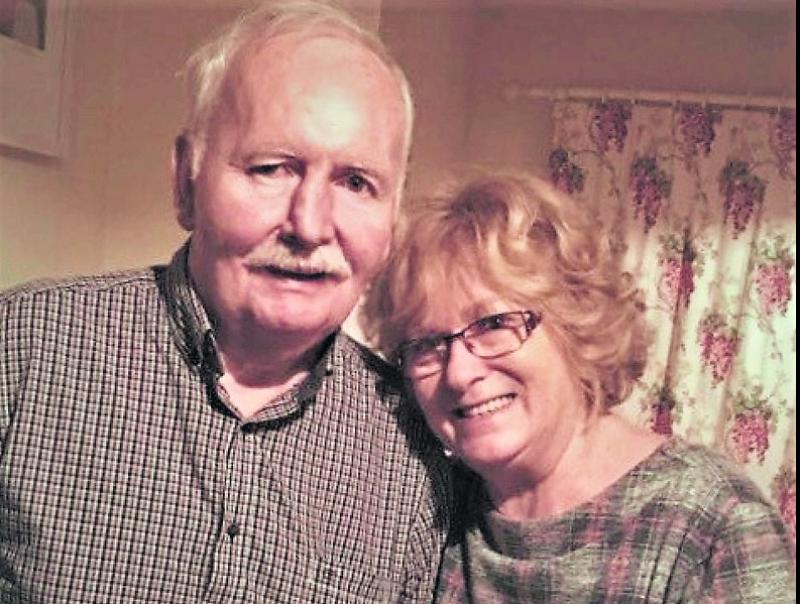 The Injury Unit at Nenagh Hospital, along with its sister units in St John’s Hospital Limerick and Ennis Hospital, is proving its worth as a reliable and safe care provider for patients with minor injuries sustained at home during the Covid-19 pandemic.

Residents of Ballycommon near Nenagh, Michael and Kathleen Harrison, were grateful to be able to attend the Injury Unit for treatment when Michael injured himself in a fall at his home in the middle of the night recently.

Their pathway to care is a textbook example of how the Injury Unit provides treatment for a range of minor injuries, while ensuring the Emergency Department at the region’s main acute hospital, University Hospital Limerick, remains prioritised for care of the most seriously ill patients.

During the pandemic, all patients with minor injuries, such as suspected broken bones, cuts, bruises, sprains and strains, are being redirected to the Injury Units in Nenagh, Ennis and St John’s for treatment.

The Harrisons found themselves on the Injury Unit treatment pathway in the very early hours of Saturday May 2. Having been cocooning for the previous seven weeks, Michael (69), who has Parkinson’s Disease, fell and cut his head.

“It was about half-past four in the morning,” Michael’s wife Kathleen recalls, “and I was very worried because in late 2018, Michael had a similar fall, and fractured his head, resulting in serious injuries from which he recovered. So at first, I was afraid that it was something similar. Also, we’ve been cocooning because Michael has Parkinson’s, and I have a touch of asthma. I was worried about Michael having to be admitted to hospital. I didn’t want to be separated from him.”

She continued: “My first action was to get out my First Aid kit. I cleaned the wound, steristripped and bandaged it. But I thought the cut was deep enough to need stitches and so I rang ShannonDoc. The doctor advised us to go to the Injury Unit in Nenagh at 8 o’clock, and that’s what we did.”

The couple were the first to arrive at the Injury Unit when it opened at 8 am, and they were back at home within two hours, after Michael had been seen by a doctor and had his wound stitched by an Advanced Nurse Practitioner (ANP).

The couple returned to the unit by appointment the following Saturday to have the sutures removed, and the Harrisons praised the hospital staff for their efficiency and quality of treatment Michael received.

“Although I was a bit concerned about going in,” Kathleen admits, “I was reassured because I was aware that all hospitals had been busy preparing for the pandemic. Nenagh is always shining, and right from the reception desk through to treatment, we couldn’t have been happier. The receptionist was very nice and reassuring about everything, and we were seen by a doctor almost immediately, who said Michael would need stitches. Michael’s wound was stitched by the ANP, and we were home again before 10.”

“It was very professional, very calm, and very caring. You got the sense that these are people who are incredibly focused on what they do. It was a comfort to the see the masks, gloves and aprons they were all wearing, and the amount of hand sanitisation going on. They thoroughly explained to us everything that was going on, every step of the way,” Kathleen said.

Kathleen urged anyone in the locality who sustains a minor injury during the pandemic to contact the Injury Unit at Nenagh Hospital. “I had a previous experience at the Injury Unit a few years ago, after I had broken a bone in my arm, and from that experience, and Michael’s recent injury, I couldn’t speak highly enough about the Injury Unit in Nenagh – it’s very professional, safe, efficient and caring, and myself and Michael are very happy indeed with our experience there.”

Catherine Quinn, CNM2 at Nenagh Injury Unit, explains: “We’re open every day, from 8 in the morning until 8 at night, and we’ve been open throughout the Covid-19 pandemic. If you have a minor injury that can be treated here, you will be seen and treated safely and efficiently by our highly qualified team in the unit.

Operational Director of Nursing at Nenagh Hospital, Cathrina Ryan, sent her best wishes to the Harrisons, and thanked them for spreading the word about their experience of the Injury Unit: “We thank Kathleen and Michael for their generous feedback. They are typical of the many people who have been treated in the Injury Unit, and who, even now, during the pandemic, can’t believe they are seen and treated so quickly.”

The Injury Unit at Nenagh and its sister units at St John’s Limerick and Nenagh have traditionally played a strong role in alleviating pressure on the Emergency Department at University Hospital Limerick, and especially so now, with the ED ring-fenced for treatment of Covid-19 and seriously ill non-Covid patients.

During 2019, there was an approximate 4pc increase in numbers attending the Injury Unit at Nenagh Hospital, and all three of UL Hospitals Group’s Injury Units enjoy consistently positive ratings from its patients.

Attendance at the Injury Units costs €75, and there is no charge for patients with full medical cards, or those who have a valid medical/GP referral letter.