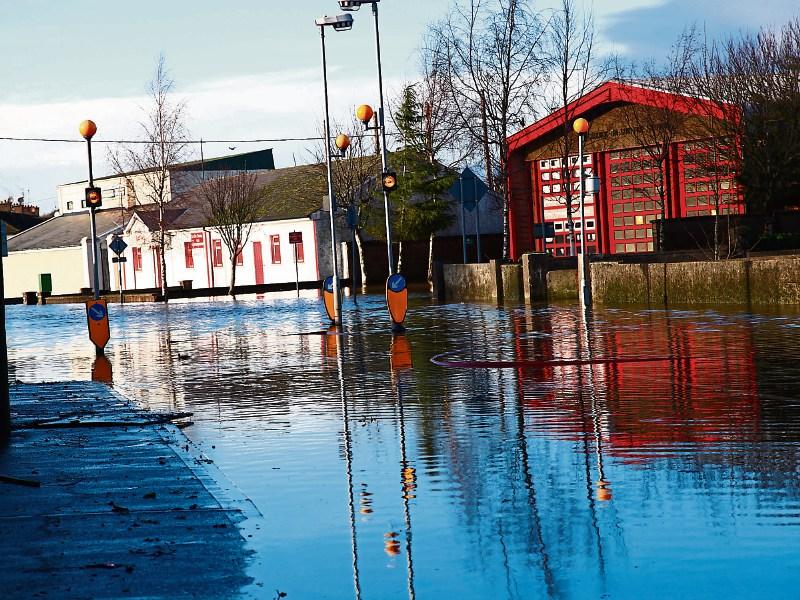 On December 29 more rain, a full month's rain in one day, fell in Carrick-on-Suir than in any other part of the country.

The pumping infrastructure was not able to cope with the deluge and the breakdown of a crucial pumping station located outside Davin Park compounded the problems.

Members of Tipperary County Council were told on Monday that the foul and storm pipes and back up pipes controlled at that pumping station broke down and were unable to function.

Attempts to get the combined pumps up and running at that station proved futile because the control panels of the station were covered by flood wat ers and could not be accessed.

The breakdown in the pumping system at that point was explained to councillors at a meeting in Nenagh.

Carrick-on-Suir councillors Kieran Bourke and David Dunne highlighted the suffering endured by the people of Carrick during the unprecedented floods and demanded answers concerning the performance of the pumping system in the town.

Cllr. Bourke said Carrick was unique in that the highest rainfall in the country was recorded in the town on December 29 and that it was the only town in the county that was tidal.

It was most alarming, said Cllr. Bourke, that even though the town's flood wall was not breached, Carrick-on-Suir still experienced such a flooding nightmare and he wanted answers as to why the pumping system was not able to cope.

He said it was evident that the water on the quay was higher than the level of the river and the level of water backing up onto the N24 and the bursting of the banks of a small stream all added to the problems.

He wanted to know if the sewer pipes were deliberately turned off on December 29 because of fears of the effect on the sewerage treatment plant and he wanted to know why the pumping mechanism did not work in the town.

He called on the council to provide full readings for all of the pumps from December 27 to January 4 in the town.

Cllr. Dunne said it was too simplistic to blame the town's problems on a stream breaking its banks. He wanted to get a detailed analysis of the pumping systems in the town, both the council pumps and the sewerage pumps.

He asked if the pumps were big enough, were the pumps monitored and did they trip out and were they turned back on manually, were the control panels of the pumps in the right places and he wanted to know why they were flooded. It was not good practice, he maintained , that two separate companies were looking after the pumps.

Both councillors paid glowing tributes to the outdoor staff and to all of the emergency services involved in assisting householders and business people in the town.

They praised the Carrick-on-Suir River Rescue Group, whose premises were badly damaged by the floods, and they paid tribute to the tremendous community spirit in the town which saw neighbour help out neighbour during the ordeal.

Director of Services Sean Keating explained that the pumping station, which was responsible for foul and storm water pipes and back up pipes for both , at Davin Park was cut off and the control panels at the station went out. The loss of that pumping station did not affect the other five stations in the town.. This pumping infrastructure was separate to the OPW pumps which were located on the quay. The OPW had four pumps on one site ,one of which may have gone down.

He told the meeting that an attempt was made to access the control panel in the pumping station at Davin Park but it could not be accessed because it was still submerged in water. The same situation applied the following morning and on the Thursday they managed to get the foul pipes working but not the storm water pipes.