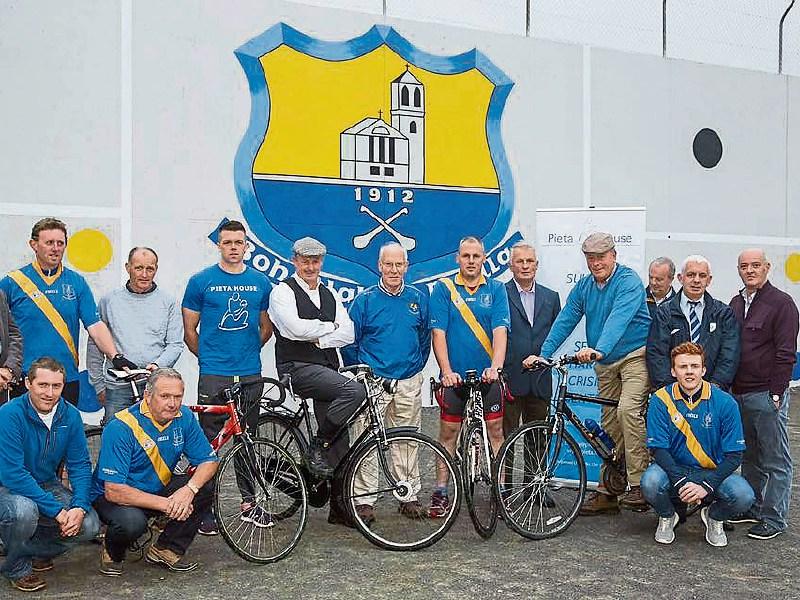 Boherlahan Dualla GAA Club are embarking on an exciting and special event that will also see them commemorate the Centenary Year of the Boherlahan team which won the 1916 All Ireland Final.

Club members will Cycle to Croker on Saturday next, 3rd September as a fundraiser and as a way of commemorating the great team led by Johnny Leahy.

Boherlahan Dualla has also recently acquired 4.5 acres of land adjacent to their current facilities and will develop a second adult size playing pitch, an astro-turf facility and a 1km walking track which will serve the club and community for generations to come.

The third aspect of the celebrations is being undertaken in conjunction with Pieta House. The club, like so many others have been effected by suicide and Pieta House is held close to many hearts in the community and the parish, hence the partnership.

So, what about that All-Ireland Final of 100 years ago?

Well, believe it or not, Kilkenny were late arrivals to the list of All-Ireland hurling winners.

When Tullaroan won their county’s first All-Ireland title in 1904 Tipperary had already taken the title six times. But in the dozen years that followed, Kilkenny would take the title five times, while Tipperary met success only twice.

Tom Semple led his men to victory in 1908 and there followed what was considered by the standards of the time a lean period for Tipperary. When Wedger Meagher’s famous Toomevara “Greyhounds” carried the banner for Tipp into the 1913 final it was confidently felt that Kilkenny’s gallop would be halted. But it wasn’t and in his old age, Dan Breen, the veteran freedom-fighter, described how he stood in tears at Heuston Station (then Kingsbridge) on the evening of the All-Ireland of that year as he waved goodbye to the defeated Tipperary team.

Three years later when Tipp again had reached the All-Ireland final the main attention of the country was far from the hurling championship. The ranks of the rebels had been swelled with young men of the GAA. The Easter Rising, the execution of the leaders and the imprisonment of so many young men had so captured the imagination of the country that the GAA championships were the priority of very few.

Within a couple of months of the executions, the release of prisoners got under way, though slowly at first. By autumn, plans were being made at Central Council level for the resumption of normal activities and efforts were being made by County Boards to get provincial championships moving. But there were many difficulties in the way and leading players from many counties were still in jail. It was mid-December before the football final was played and despite the best efforts of both Tipperary and Kilkenny the hurling final was delayed until the third week of the New Year.

Boherlahan, having displaced Toomevara as county champions, had, as was the custom of the time, the honour of selecting the team to represent the county in its eleventh All-Ireland hurling final.

Nine of the team were from the Boherlahan club and the remaining six were from Thurles, Two-Mile-Borris, Moneygall and Killenaule.

Denis Walsh, the Tipp half-forward, supplied a link with the Tubberadora team which had brought All-Irelands to Tipp in the 1890s on which his brothers Dick and Johnny – whose great-grand-daughter Una O’Dwyer would captain the All-Ireland-winning Tipperary camogie team in 2003 – also played.

With the rail company sharing the government’s hostility towards the GAA and refusing to provide special trains, the game was played before a crowd of a mere five thousand in bitter cold on a ground that was utterly sodden.

The Tipperary team in a gesture of disapproval of William Martin Murphy’s treatment of the Dublin workers in 1913 and his newspaper’s sanction of the executions after the rebellion, refused to use his tramway and instead walked to Croke Park. At the GPO, still in ruins, they paused and recited a decade of the Rosary for the rebels who had died in the Rising.

Not being dependent on the arrival of special trains, the GAA decided to start the game before mid-day.

But what was provided by the hurlers of Tipperary and Kilkenny was regarded as a classic of its time.

By half-time Tipp were ahead by four points but Kilkenny craft worked its magic and half way through the second-half Tipp had fallen behind and a bookie – betting at games was not unknown at the time - was heard shouting “Two to one against Tipperary.”

But if Kilkenny had the craft, Tipperary had the steel and a journalist of the time wrote of the final ten minutes, “The representatives of the old scientific school of hurling, scientific and accurate….were hustled and bustled and dazzled out of its finesse by the rush and flash of what can only be described as the personification of Kickham’s ‘Magnificent Tipperary’.

When the final whistle sounded the score was Tipperary 5-4 Kilkenny 3-2.

As the rival captains - Tipperary’s Johnny Leahy and Kilkenny’s Sim Walton - walked off the field together, having marked each other until Walton moved back to bolster the Kilkenny defence, what was to become a famous verbal exchange took place :

“We were better hurlers than ye, Leahy,” said the great Kilkenny captain.

“But we were better men, Sim,” was the reply of the Tipperary captain.

The game was not long finished when the news reached Cashel and as darkness fell tar-barrels blazed and the Volunteer Fife and Drum Band led a parade of cheering crowds through the streets.