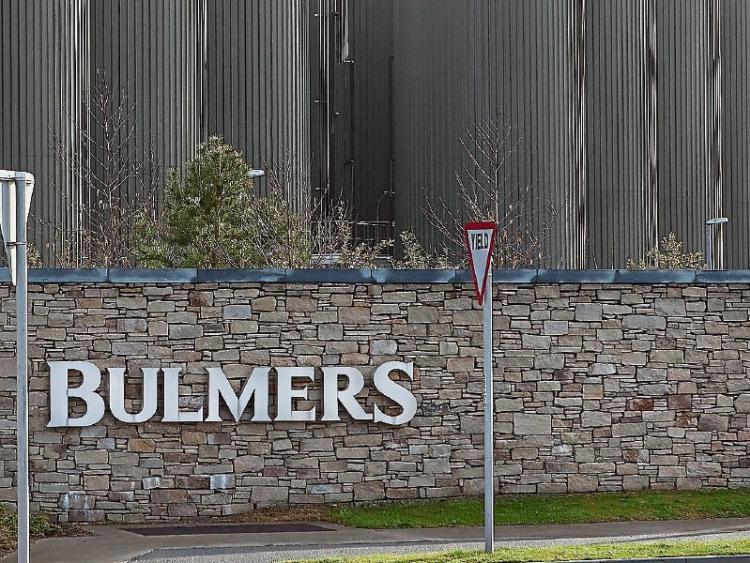 Clonmel, the home of Bulmers

There was a time when beer was the common daily domestic drink in Ireland. But when tea was brought back to Europe by explorers in China in the 17th century, it supplanted beer as the everyday drink for ordinary people. This we learned from Dr. Colin Rynne of UCC when he delivered a lecture in the Main Guard, Clonmel, under the title “Clonmel and the Great Munster Brewing Industry” (under the auspices of the Clonmel Historical and Archeological Society).

Of course, beer never went out of fashion, but it became the recreational drink, the whatever- your’re-having-yourself of our social life. It was, and still is, a major industry, though more centralised than it was during the centuries covered by Dr. Rynne in his lecture, when there were several breweries in Tipperary.

But back, briefly, to the tea! When introduced it was a drink to which Irish people took to with much enthusiasm. We loved it. It not only became the daily drink but it accompanied every vicissitude of life - births, deaths, marriages; confidences were shared - consolations and congratulations - all over a cuppa. You couldn’t go to a house without being told that “you’ll have a cup of tea.”

Such was its popularity that the rationing of tea in Ireland during World War II was regarded as one of our major deprivations. Until then the recipe for making a pot of tea was “one spoon for every member of the family and one for the pot.” This produced a very black, very strong, Indian brew, far removed from the puny teabags of today. There was occasional relief in our family when a bundle of newspapers arrived in the post from cousins in the USA. Wrapped, illegally, inside my mother would find a packet of tea. And though I am sure its origin was India, she would say that was “not the same as Irish.”

But beer and its various derivations, porter, stout, ale, never lost its appeal. (This columnist being a non-drinker cannot tell the difference). Its manufacture, however, eventually became the subject of what we now call rationalisation. It was, until the advent of the machinery and technology of modern times, hugely labour-intensive, from the growing of barley and hops to the final extraction of what the poet called “the grey juice.” Consequently, it was the source of major employment over a wide range of skills. And because that extraction was so cumbersome, it required the space of many large tall buildings, which still impact on the architectural heritage of our towns. Nowhere is this more evident than in Clonmel.

Murphy’s Brewery was the last survivor of that most influential 18/19 century Quaker industrial revolution, when the town broke out of its medieval fortifications to become one of the most prosperous towns in Ireland, the population rising from a little over an estimated 9,000 to the 18,000 which it reached just before the Great Famine.

The brewery was first established in the final quarter of the 18th century by a Thomas Greer, who was later joined by Thomas Murphy. As Thomas Murphy & Company, and later as Thomas Murphy Sons & Company, it traded for another 120 years. And it changed the face of the eastern boundary of the town, from Dowd’s Lane to New Quay to Nelson Street. It gave employment to between 200 and 300 men (depending on the season), and employment in ancillary industries from river traffic to sawmills, to the transport of fuel, to the manufacture of carts and boats, to cooperage. It even moved into the realm of modern transport, and was amongst the first industries in the town to introduce a “steam truck.”

Murphy’s Brewery ceased trading in 1925. A number of factors contributed to its closure: a combination of civil unrest, strikes, a brief but very disruptive flirtation with the so-called Soviet (associated with the dairy industry) in the town. But, probably the straw that broke the camels back for the industry was the post war economic depression and the virtual disappearance of its substantial export markets in the military canteens of Britain.

At the time Murphy’s Brewery was the largest employer in the town, and when in 1926 the Condensed Milk Company on Suir Island also closed, Clonmel was plunged into an economic depression. This coincided with the founding of our Irish Free State, but also beset by the aftermath of the Civil War and the post World War collapse of the European, and indeed world economy.

The large expanse of industrial buildings from Dowd’s Lane, New Quay to Nelson Street lay vacant for more than another decade, when the swings and arrows of economic and social history once more swung in the direction of gradual recovery.

In the early 1930’s William Magner established his Mineral Water factory in portion of the old Murphy premises, and shortly thereafter he started making cider. A few years later he went into partnership with Bulmers, the Hereford cider-makers, and thus the firm of Bulmer-Magner Ltd was established, which under a changed name and ownership is still in Clonmel, though it has now relocated to Newtown Anner and the large Dowd’s Lane premises are vacant once more.

The very handsome riverside building became the second home of yet another 1930s industry - the Boot Factory. It is now an attractive complex of offices and apartments. Stone and mortar endures.

The beer industry underwent its own revolution growing into huge complexes in a few large cities, notably Cork and Dublin and Kilkenny. But in recent years there has been a return to the brewing of small so-called craft beers which are becoming very  popular. Which only goes to prove that history (even industrial history) keeps on repeating itself.