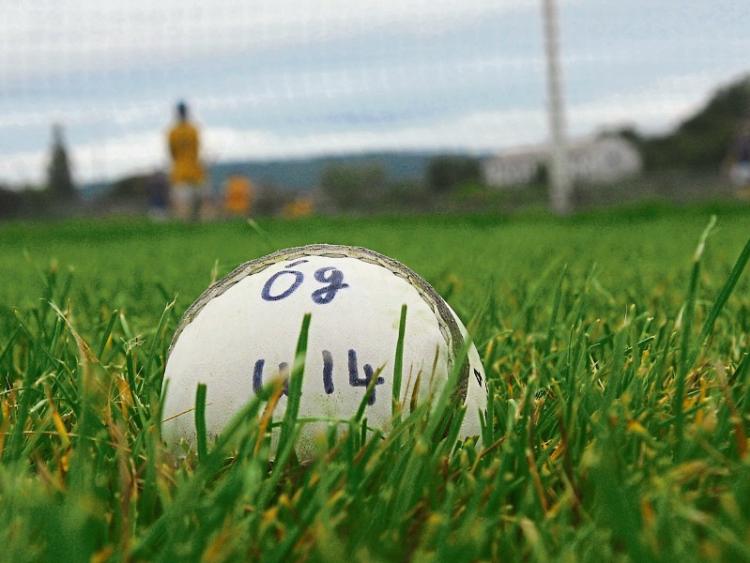 Clonmel Óg GAA Club, the youngest of the town’s three Gaelic games clubs, is 36 years in existence this year. Founded in the centenary year of  the birth of  the Association in Thurles, the club today    is a hugely impressive testament that is beyond the wildest dreams of the vision of its own founders back in 1984.

One feels the facilities at the club,  located on the Inner Relief Road, must be the envy of many clubs today. No doubt, what “The Óg” have accomplished in less than four decades is a truly remarkable story.

When I asked  club chairman, Eddie Kearney, how Clonmel Óg was faring with its lotto over the lockdown period, and how was it using those funds, I got my answer...  in spades.

What is in place now, in terms of infrastructure, facilities, coaching and teams at Ned Hall Park, now  serves the club and the wider community of the town superbly and will continue to do so well  into the future.

In the older building, the former dressing rooms, there is the main hall and an ultra modern gymnasium.

Also the club has in recent times  introduced a hurling wall which is 40 metres long, and adjacent to that they have put in an astroturf playing surface. The astroturf, according to Eddie, is the best available because there are shock pads under it which greatly lessen the chances of serious impact injuries to players.

“But,” according to the chairman, “it all costs money and all of this is   largely bankrolled and financed by lotto proceeds.

“We can’t state how fortunate  we are today that the original committee took the decision in 2011 to start our lotto. It substantially funds, not alone the day-to-day expenditure of the club but it has financed all the capital projects that you see about the place here,” added  Eddie, himself one of the founding members of the club in 1984.

He went on to explain :

“The lotto was closed for 15 weeks unfortunately during lockdown and in that time we lost out considerably.

“The last lotto we had was on Monday, March 9 and we didn’t resume again until Monday, June 29, losing out on approximately €20,000 in our financial year.

“Most of our other income streams have been largely decommissioned such as cards, the bar, community activities such as keep fit classes, yoga, dancing, all sorts of activities.

“Pretty much the only game in town is the lotto. We worked very very hard to get the lotto back for June 29 and were it not for the lotto we would be in dire straits financially.

“Probably our lotto has brought in approximately half a million euro to the club since its foundation, but you must remember too that we have to raise huge monies each year to run the club,” he added.

“Even during lockdown, and this is something the general public don’t realise, we still had bills coming in all the time, general insurance, player injury insurance, public liability insurance.

“We did manage to get some substantial works done to the pitch during the quiet period, a sanding programme, an aeration programme, a verti-draining programme, and all the stuff that goes with working in the field. We have a very busy demand on our facilities, from schools, colleges and others. We at least spent €10,000 over the lockdown on the pitch,” added Eddie, who will be well-known to many outside of the GAA having taught in Ss Peter & Paul’s CBS in Clonmel for nearly 43 years up to his recent retirement.

But it is when you move away from facts and figures, that you get a sense of what being involved in a GAA club means for Eddie Kearney and all the others who are passionate about what  they do at, and for, Clonmel Og.

“It really brought a smile to my face here last Saturday morning,” he said, “to come in the gate and see Brian Gentles and Noelie Walsh and the juvenile committee, Tommy Murphy, Sean Quirke and all the stalwarts of the club working away.

“The field was humming and buzzing with the under 6s,  the under 8s, and the under 10s and they all constructively occupied in their pods and in their groups, but yet having good fun and enjoyment,” said Eddie.

If this sounded like “the hills were alive to the sound of music” - (is there any sweeter sound than children laughing and playing) - then these Clonmel Óg volunteers are all unsung heroes for the  work they do week in, week out, for the enjoyment of others more so that their own.

According to juvenile chairman Brian Gentles “with over 30 active, vetted and qualified coaches, and strong numbers at all age groups, the Clonmel Óg Juvenile Club is going from strength to strength, and is the only club in town to offer hurling and football to boys and girls.” The juvenile club officers are  Brian Gentles (chairman), Tanya Kennedy (children’s officer) and Noel Walsh (coaching officer) and they are continuing the work started by ex-chairman Tommy Murphy who restructured the juvenile club in the early 2010s.

“Clonmel Óg has embraced the GAA Go-Games philosophy for our younger players and has implemented a Player Pathway Programme from under 6 to adult with the aim of maintaining participation, skills development, and enjoyment at all stages,” added Brian.

Coaching co-ordinator, Noel Walsh,   explained some of what is going on with the underage coaching.

“We are putting a lot of work in the club into coaching and we run under 6, under 8 and under 10 teams but in a non-competitive way. We put the emphasis on the taking part, the enjoyment, the fun, the health aspect, introducing children to the games at a young age and letting them develop.

“We also like to bring in the parents every year and explain to them what we are at, what we are about. Getting them involved yet explaining to them that first and foremost the Go-Games philosophy is about enjoyment.

“We then form our teams and we try to mix the teams with players of mixed ability. That way it builds a spirit and no one is left aside, of feels left behind, or becomes disillusioned about playing. We may have made those mistakes in the past,” Noel honestly admits.

“The intention would be to keep everyone involved and let them develop at their own pace with the proper coaching provided.”

“The buzz here on Saturday mornings can be great. We love seeing the parents come along to watch and encourage and even join in for a social cup of tea and a chat. We can have well over 100 most Saturdays and it is great to have them all back again after lockdown,” said Noel.

HANDING ON THE BATON

Club chairman, Eddie Kearney, was at pains to recognise and give thanks to the foresight and vision of the  original lotto committee of Joe Barrett, Mark Gregory, Stephen Aylward, Cora Gentles, Brian Gentles, Trevor Whelan, Aidan Fox, Tommy Murphy and the late Jim Cleary, for starting the very popular weekly lotto.

“Since 2011 we have undertaken major building works at the By-Pass and the new state of the art 3,500 square feet dressing room complex together with the hurling wall and adjacent astroturf surfacing was all financed by proceeds from the weekly lotto.

“Furthermore the brand new entrance was also made possible by monies from the weekly lotto.

Eddie  also wished to put on record his appreciation to all who work so tirelessly in the club who make the lotto the success it is today.

“The lotto workers are the financial backbone of this club and we rely on them totally now, since the corona virus has decommissioned nearly all other income streams that were previously available to the club .

The chairman continued: “We owe our financial survival to all the families, Mums, Dads, boys and girls who help distribute and promote the  lotto amongs friends, family, neighbours and work colleagues.”

“What Clonmel Óg have achieved in terms of facilities from a green field site in 1984 to what the club has today is remarkable.

“That development, particularly over the latter years, is for the most part down to the lotto and the club acknowledge that.

“We thank our patrons and supporters without whose generosity the club would be unable to continue to offer the service and facilities that we  previously provided,” he said.

It is the intention of Clonmel Óg GAA Club to go online with their lotto in the near future and this will hopefully make it more available to a wider audience and help to increase sales for the benefit of everyone who use the facilities on the By-Pass.