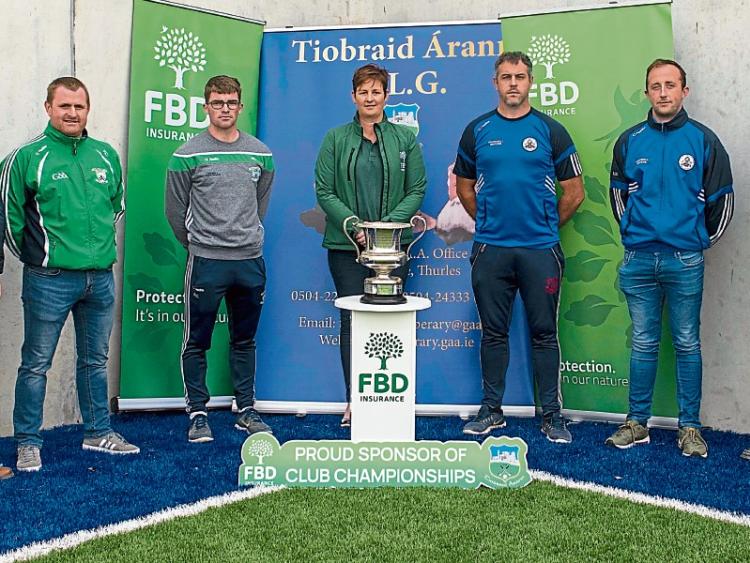 The FBD Insurance County Intermediate Football Championship final takes place at Clonmel Sportsfield on this coming Saturday (4.15 pm) and it promises to be a cracking game between two unbeaten sides in this year’s competition.

Both Rockwell Rovers and Grangemockler / Ballyneale have progressed to the final in impressive fashion through their groups and the weekend before last both had pretty facile semi-final victories against Moyle Rovers and Fethard respectively.

Looking forward to this exciting final we got the opinions of the two opposing managers.

Rockwell Rovers manager Stephen Quirke was “very happy with the lads against Moyle Rovers. Unlike the two group games against Commercials and Brackens we started very well this time and had two goals gone in  before Moyle Rovers scored. It was a perfect start for us,” he said.

“I think up until the last 15 minutes or so they had only seven points scored against us before they got in for a couple of goals towards the end. We were happy with our backs  too on the day.

“I must admit though I was surprised with how easily we opened Moyle Rovers up and we had the pace inside to do damage then,” added Stephen. (Alan Moloney, TJ Ryan and Eoin Byrne amassed 7-10 between them to back up his viewpoint).

But it will be much tougher in the final Stephen expects and he sees this county final as anyone’s game noting that Grangemockler / Ballyneale were also in a hurry  in doing a job on Fethard in their semi-final. 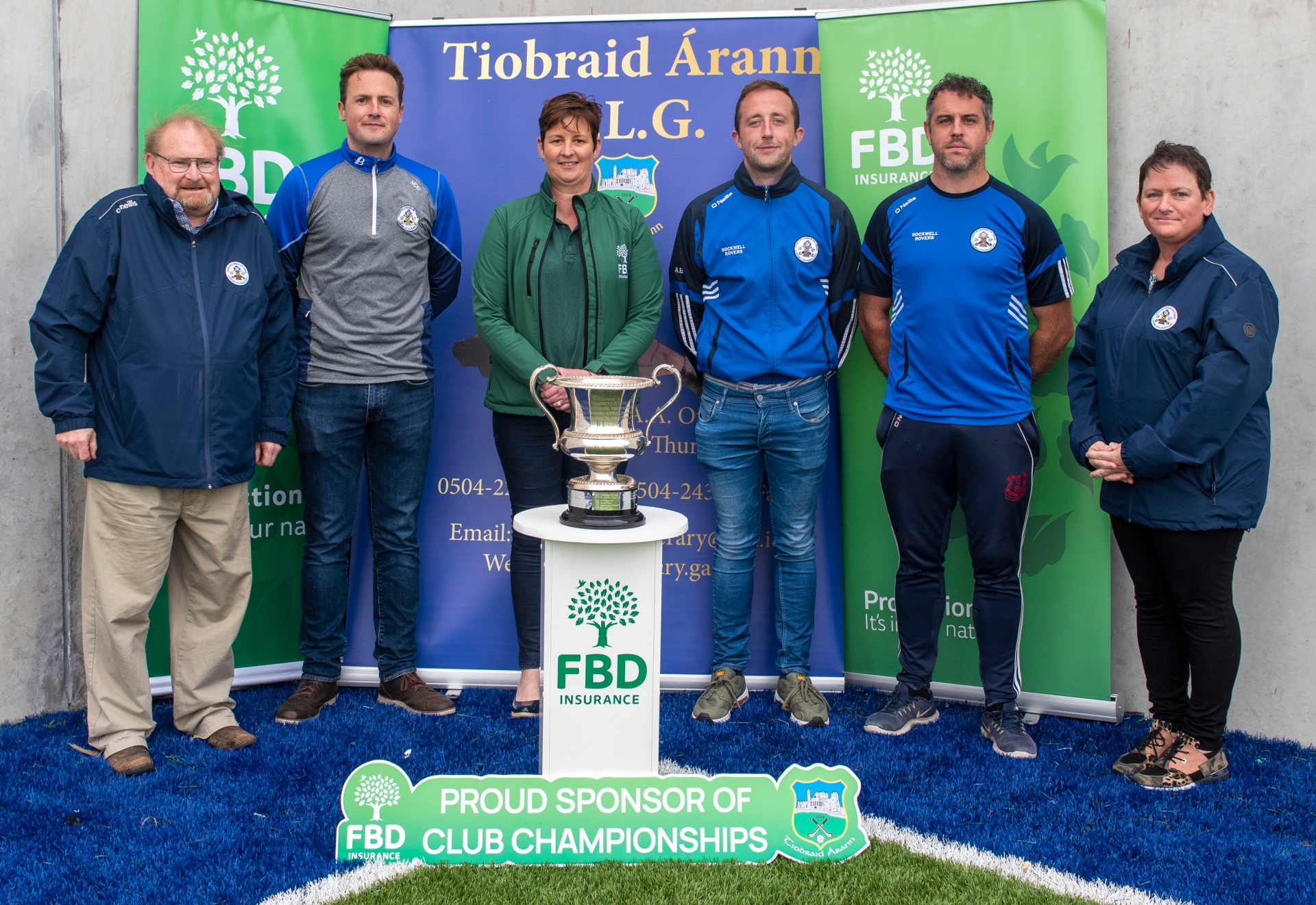 “Grangemockler are a very young and a very fit team and they are really attacking minded in their style of play. From what I have seen of them they like to run at you at pace and we will have to adapt for that. Physically I think we might have a bit on them  if we can match them in the type of  running game they like to employ,” he said.

What might be a positive for the New Inn side also according to Stephen is the experience of contesting the concluding stages of the championships more often than   Saturday’s opponents.

“We have been there or there about most years at intermediate and I think over the past 13 years or so that every team who have beaten us have gone on to win it out.”

We were last in a county final in 2010 (they lost to Kilsheelan in a replay in Boherlahan) and we are glad to be  back again with a new team, a mixture of both experience and youth, with three or four older heads and a group of good young lads coming through,” he added.

Rockwell Rovers is a small parish compared to many and the club hasn’t been at senior for a long time - they won their only County Intermediate title in 1987 and didn’t stay at the top grade for too long after that.

On this present team there are quite a few sets of brothers, two Halleys, two Ryans, two Lonergans, and two Barrons. Half the team are a band of brothers, and that always counts for something when the jerseys go on. Add in Alan Moloney - “there’s only one Rocky though” - and you have the nucleus of a very decent squad of players.

According to Stephen: “We would love to get up to senior and it would bring us on big time. To add to this bunch we have a couple of young lads coming through from underage also and this would be an ideal time for us to progress. But first we have to try and get over Grangemockler, and that won’t be easy but we will have a right go at it,” he concluded.

Standing in Rockwell Rovers’ way on Saturday  will be the Paul Cahill-managed Grangemockler / Ballyneale who in a way must be pleasantly surprised to find themselves in a county Intermediate football final just 12 months after winning the County Minor ‘A’ crown.

They came through their group unbeaten overcoming Mullinahone and Drom/Inch  with plenty to spare.

Paul thought “we played very well against Mullinahone who provided us with our most difficult challenge in the group and we won by 3-12 to 0-10 in the end. We made it hard on ourselves I thought against Drom and got home by 1-14 to 1-9.”

“I thought at the start of the year that Golden/ Kilfeacle were a  side to watch out for and I was surprised when Fethard beat them. So I was expecting more from Fethard in the semi  than what transpired. We got a run on them early on, scored 1-5 or so in the first 10-12 minutes and we weren’t really tested after that,” added Paul.

“It will be a very different story against Rockwell Rovers though in the final and we have a huge challenge on our hands,” he said. 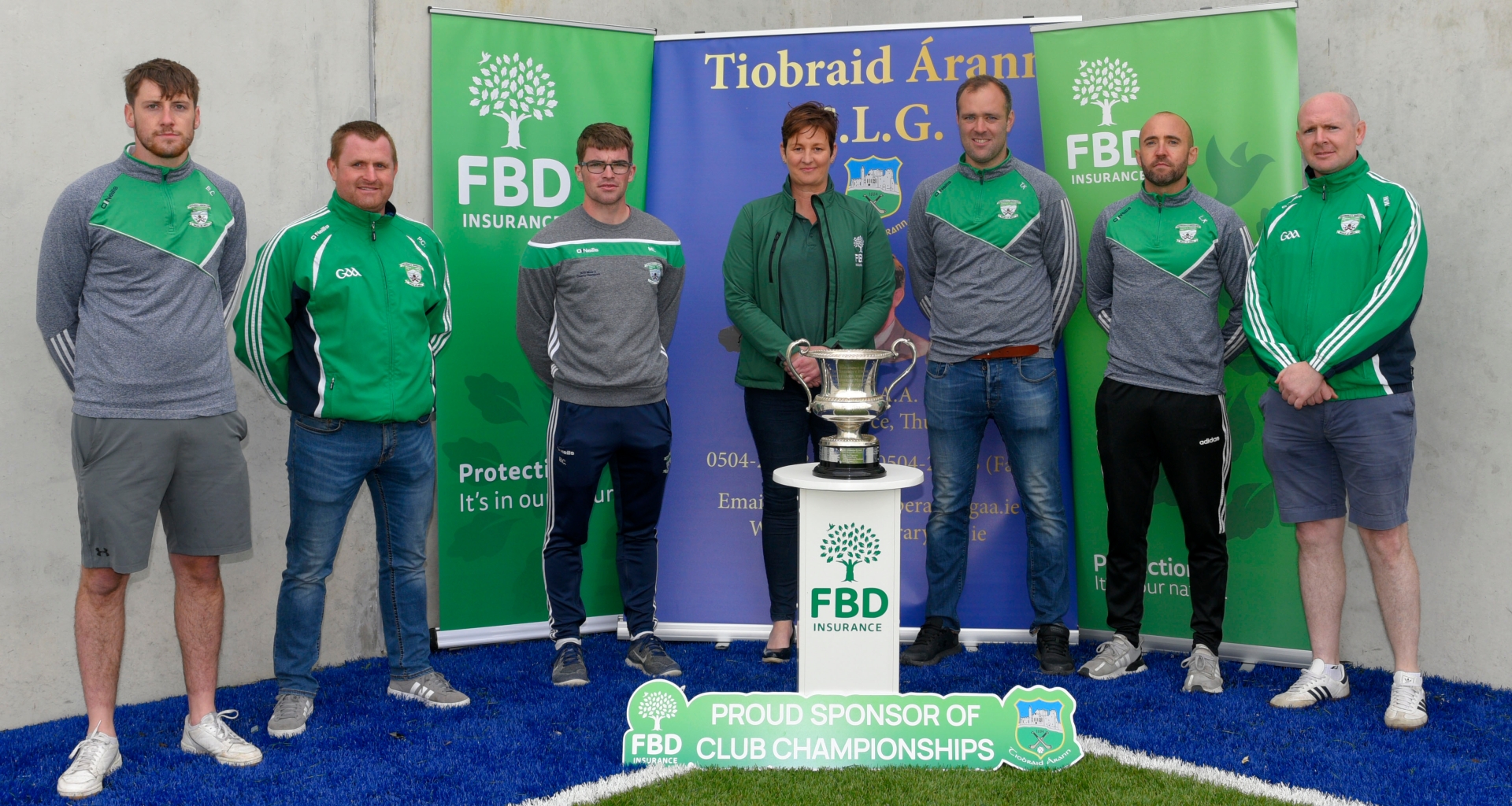 “I am expecting a tough physical game against them. They seem to be bigger and stronger than us, physically speaking, and I am hoping our pace and our fitness will be to our advantage. We are a very young side compared to them and we have six or seven off last year’s county minors starting. We like to play it fast and the way it is now in football is that if you haven’t speed you have nothing,” said the Grangemockler manager.

“Rockwell  have been around a bit longer and they have Alan Moloney and a few older and more experienced players to call on. Plus they have been in a few finals over the years, and that experience is very valuable when it comes to winning county titles,” added Paul.

Paul wasn’t too sure when Grangemockler were last senior (2004) but what he was definite about was that his side would love to get up to the top grade for next year.

“We all want to be senior, we would all love to be testing ourselves against the likes of Moyle Rovers and Clonmel Commercials. The young lads  want to play these big teams and see how they can compare. They want to go up to senior to find that out.

“After last year’s county minor win I heard some of the young lads saying they really wanted to play senior football,” added Paul.

It would be some achievement if they could, in this the centenary year of Bloody Sunday and the connection of Grangemockler’s Michael Hogan’s  to that fateful day, make their own piece of footballing  history.