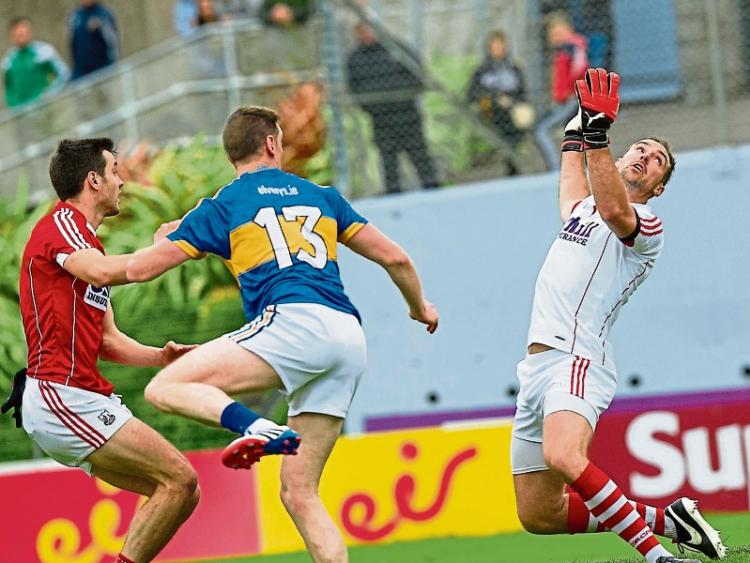 Tipp captain Conor Sweeney goes into Sunday’s Munster final against Cork, hoping to do what no other Tipp captain has done since 1935, and lead his team to provincial  success at senior level.

The Ballyporeen man, now in his second year as  captain, has somewhat mixed feelings about Sunday’s game - sensing his side has the belief to win, yet knowing that Tipp need to up their performance considerably for the full 70 minutes against a “quality” Cork side and also to avoid drifting out of games like they have been doing of late in both league and championship.

Having recorded four wins on four consecutive weekends, the long- serving Tipperary forward knows that his team can still improve upon recent games and will need to do that against a side with the class that Cork possess.

“We can definitely play better than against Limerick, especially in the first half. We know that a performance similar to the last day will not be good enough in the final. We will need a 70-minute performance if we are to have any chance,” he said.

‘ The Rebels’ will be a huge step-up from the quality of Offaly, Leitrim, Clare and Limerick in recent weeks and the Leesiders will feel like cock-of-the-walk going into this final, having taken a huge scalp in the shock win over Kerry last Sunday week.

“Cork have always had quality and nothing is different this time around. They have great players all over the field and they dominated the middle third the last day against Kerry so we will have to match them in that department if we are to compete. They will fancy their chances of winning more silverware for sure this year and we will have to be ready for that challenge,” said Conor, who made his championship debut for a winning  Tipp team against Laois in June 2010, a team that also included Brian Fox and Philip Austin. 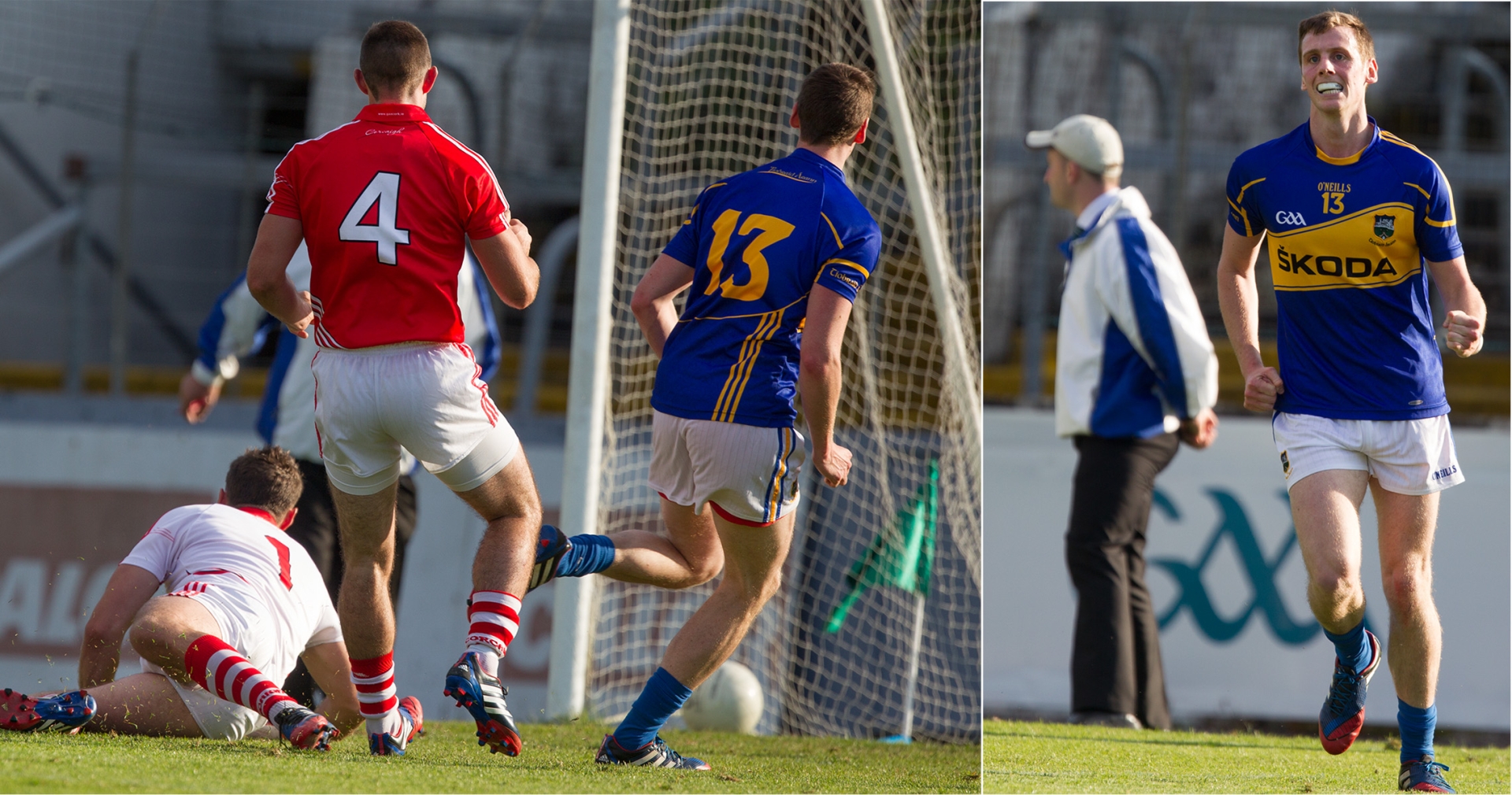 Hoping for more of the same on Sunday - Sweeney delights after doing what he likes to do best.

Like most football experts, Conor expected Kerry to prevail in the semi-final but he wasn’t  shocked by the result.

“I fancied Kerry from the off but I knew Cork were capable of causing them trouble. Cork have been playing some great football over the last few years and we will need to be at our best to beat them,” he added.

With the exception of perhaps the 2018 Munster semi-final between Cork and Tipperary, there has been little between these sides in league and championship encounters  in recent years, with Tipperary notching notable wins in both competitions.

“The majority of games between us over the last few years have been close, bar one in 2018 where they beat us convincingly in Thurles. The game this year in the league was close again but we still came out on the wrong end. We need to be competitive from the word go and show plenty of intensity in order to stay in the game. I think the Munster final defeat in 2016 (lost to Kerry 3-17 to 2-10 in Killarney) should stand to a few players but for many players they were not present that day, so for them it will have little significance,” he added.

But there is plenty of positivity also from the Ballyporeen man who knows well how to find the back of a Cork net as proven in past games. He is particularly pleased with the character his team have demonstrated in digging out results even when not playing at the level they should be at.

“Yes, character, it’s a great trait to have, but sometimes we need to call on it too often. We have a tendency to leave teams in games and it will cost us eventually. But, certainly over the last few games we have dug deep and gotten the result we needed which is very pleasing,” he added.

The Tipperary  team are on a roll with four consecutive wins  since the return from lockdown and as pleasing as the wins are, the manner of victory is also important, according to the team skipper. It is often said in sport that it is a real good sign of a team that they can eke out wins on days when not performing at their best. 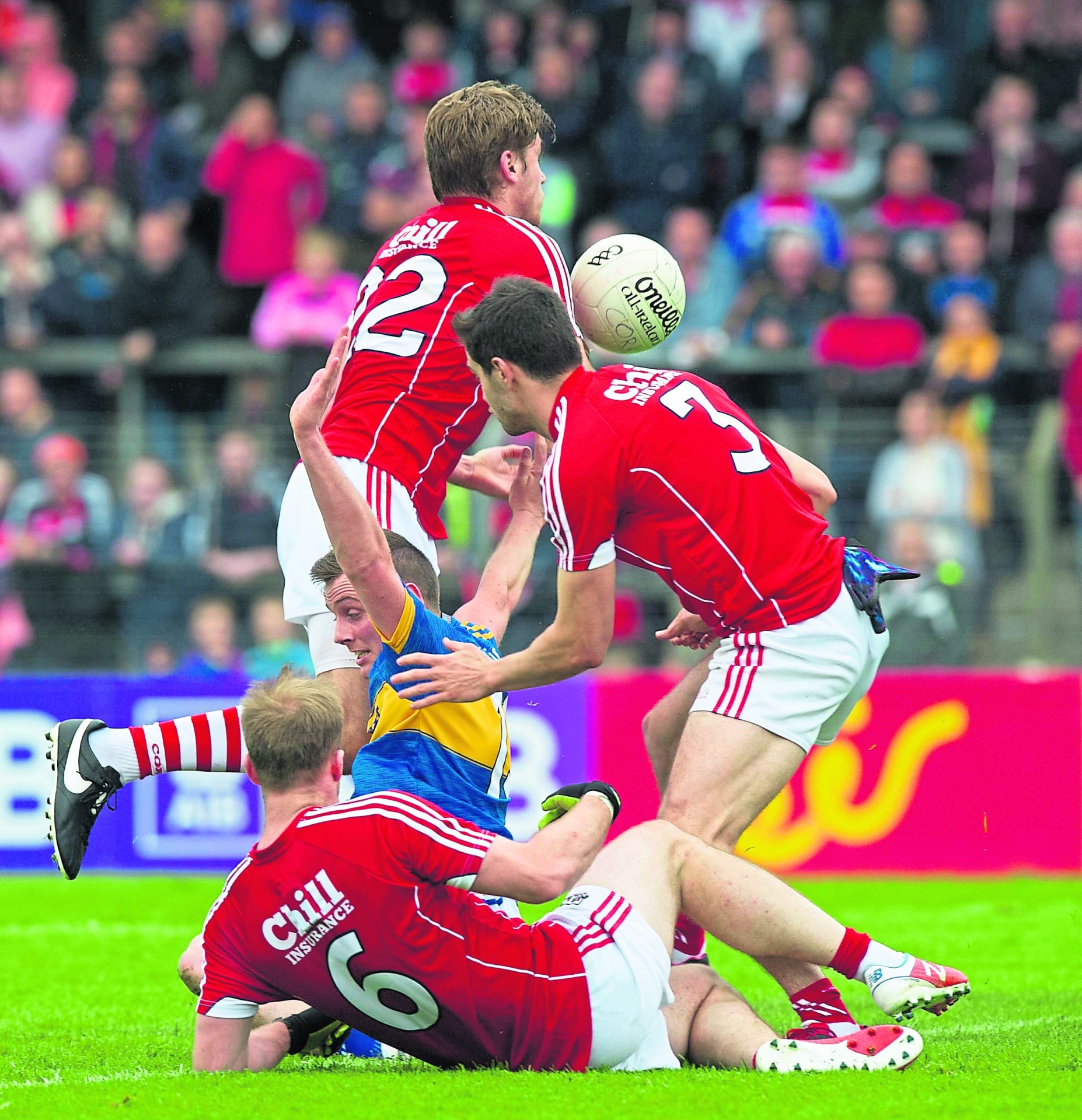 Conor Sweney's reputation in Cork precedes him - he won't be expecting too much space next Sunday either when the sides meet in the final at Páirc Uí Chaoimh.

“It is great to have a few wins on the bounce. What is also pleasing is that in some of those games we wouldn’t have performed particularly well and still got over the line, which is great,” acknowledged Conor.

Munster finals for Tipperary senior footballers are a rare enough event and despite the pressure it brings, footballers would wish for nothing more.

“It is great to be back into another Munster final for sure. It’s only our second  final this decade and for a lot of the players it will be their first experience of one, so it’s great to be in it this year.

“This squad of players  have real belief in what we are doing and we are all really looking forward to the opportunity.

“It’s a very significant year in GAA circles and it’s an honour to be involved this particular year but as players we need to focus on what really matters at the moment, which is preparing for a Munster final,” added the Tipperary captain who against Limerick scored a wonder point from a sideline free to save Tipp’s bacon and force the semi-final to extra-time the last day.

And I couldn’t allow the All-Star nominee of 2016 off without asking about “that free kick”, which was the talk of the land  and the pressure of taking it and his thoughts as he stepped up to point it. The perfect execution  of that left-footed kick will become synonymous forever with Conor Sweeney, long after his football days are over.

“I didn’t have much time to think about it really, as soon as the free was given I said to myself I can put this over and thankfully it just about made it inside the far post. There wasn’t pressure really, I just had to score it or else we were gone,” to put it mildly and somewhat modestly from the Tipperary captain.

But we’re not gone  yet and hopefully after Sunday we won’t be gone either!