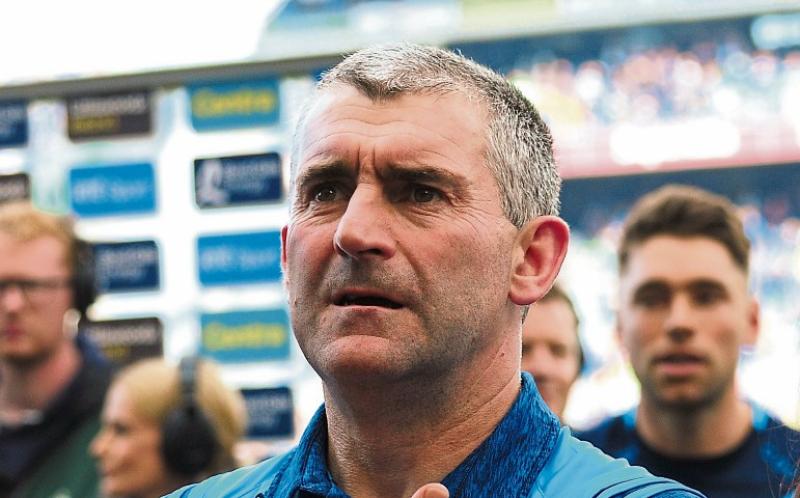 As his team prepares to play its opening game in a Munster senior hurling championship that he describes as “a really quality arena,” Tipperary manager Liam Sheedy has rejected suggestions that the age profile of his team could be too high for more success to follow for the county.
“We’ve seen it across hurling and a number of sports. Really, age is a number,” he says.
“What I’m looking for all the time is life in the legs and the ability to get around the pitch and do great things.
“Every one of my panel, I see them in close situations, hip to hip and one v one, two v two and three v three. Ultimately that’s what I judge my team on.
“The reason they’ll be on the team sheet on Sunday won’t have anything to do with their age or how long they’re in there.
“It will be (a case of) who can start the job for us in the first round and who can come in and finish that job.
“Whether the guy that starts is 21 or 31, that will be based on the data that I have seen right in front of my eyes over the last number of months. That allows me to sleep very easily at night.
“I don’t really get caught up in what’s going on outside the group, and I have enough to control and occupy my mind with what’s going on inside.
“The younger guys like Ronan (Maher) and Jason (Forde) and the older guys are a pleasure to be around.
“What they’ve given for the jersey over the last number of weeks and when they’ve been training on their own has been impeccable.
“So there will be none of them I can look in the eye and say you didn’t put it in, they’re all giving their absolute maximum.
“I’m very happy with the way everyone on the panel has applied themselves. They’re all giving it their absolute best and I can’t ask for any more.
“These guys are intent on giving this thing a right go.
“If we come up short it won’t be because of age. It will be because we simply aren’t good enough. But as regards their effort, I could not ask for any more from this group.

LOADS OF LIFE LEFT IN THEIR LEGS

“These guys have loads of life in their legs and there’s loads left in them.”
Liam Sheedy says he’s excited by the fact that the competition for places to get a starting jersey on the team and to get into the panel of 26 is probably as good as he has ever had it over the last number of years.
“My job is to get the right team to get on the pitch and start the job, and get the right team to go and finish the job when the game starts to run on.
“The internal competition when we train on a Tuesday night and Friday night is a joy to watch. Hopefully that competition will stand to us.
“Everybody that steps onto the 26 needs to know they were tested to the full to get in there, and everybody that steps onto the pitch needs to be tested to the full.”
The manager also says the national league campaign had been very good to his team.
“We learned a lot about ourselves and our panel and we now have to push on and drive on into the championship,” he says.
Tipp suffered one defeat in their five league matches, that coming against Waterford in their final match.
“Ultimately in the second half against Waterford we were simply outplayed in most sectors of the field, and most lines of the field.
“It was an overall breakdown where we struggled to get our hands on the ball, and when we did get our hands on the ball we couldn’t retain it further up the pitch. We felt they were coming in waves and we had lost our shape completely.”

WARNING SIGNS WERE THERE IN DEFEAT BY WATERFORD

He says that the description of that game as a five-point pasting for his side was probably a fair reflection of the 70 minutes, as Waterford could have “hit the net” two or three more times.
“The warning signs are there and if that happens again we’ll have the very same outcome. It’s something to take on board and work on.
“We know that if we perform to that level in any of the games across the championship it won’t be enough.
“Everything is geared towards arriving fresh and hungry for the championship, our energy levels will have to be much higher.
“That was an extremely warm day in Waterford, it was a real test of where you were physically. We were disappointed with the way that game finished for us. We were overrun and outplayed in all sectors.
“We will have to be really fresh and if we have that freshness about us that will allow us to stay in the game for a longer period.

TEAM WAS VERY GOOD FOR MOST OF LEAGUE CAMPAIGN

“Waterford got real impact from their bench and that’s something that we’ve got from time to time as well. We need to get that impact and we have a lot of youth and a lot of experience and it’s about getting that mix right.”
However he was happy with what he had seen from his team throughout the league.
“Overall I felt that for 300 of the 350 minutes in that league we were very good, and I think we have loads to build on.
“I think we have seen periods where we were very good and we had some really good moments in that league, and there were periods where we weren’t good.
“We need to get better in the championship and that’s the challenge for me and the group and it’s one we’re relishing.

NO MARGIN FOR ERROR IN THE CHAMPIONSHIP

“We know now that if you find yourself ‘off’ in this championship you’re going to be under serious pressure, because the quality of opposition in this championship is significant, no matter which side of the draw you’re on.
“I’m happy with how the panel is maturing and happy that the guys are getting bigger and stronger with every week. Overall there’s a good mood in the camp.”
Patrick Bonner Maher, who injured his Achilles tendon in training and Billy McCarthy (cruciate ligament) are long-term absentees, while the manager believes the game will come too soon for Niall O’Meara, who had his appendix removed recently.
“We have a few niggles in addition to those.”
Despite some recent criticism of the game, Liam Sheedy believes that hurling is still in a very good place.

HURLING IS 'A JEWEL IN THE CROWN'

And with supporters gradually returning to watch matches, he says he’s longing for the day when he walks into a packed stadium, either as someone involved with a team or as a spectator, once it’s safe to do so.
“Everyone on the pitch loves to have the crowd from their counties roaring them on. I think that adds to the game, it adds to the atmosphere.
“Our sport is a spectacle, it’s a jewel in the crown, and I think the quicker we can full crowds in safely the better.”