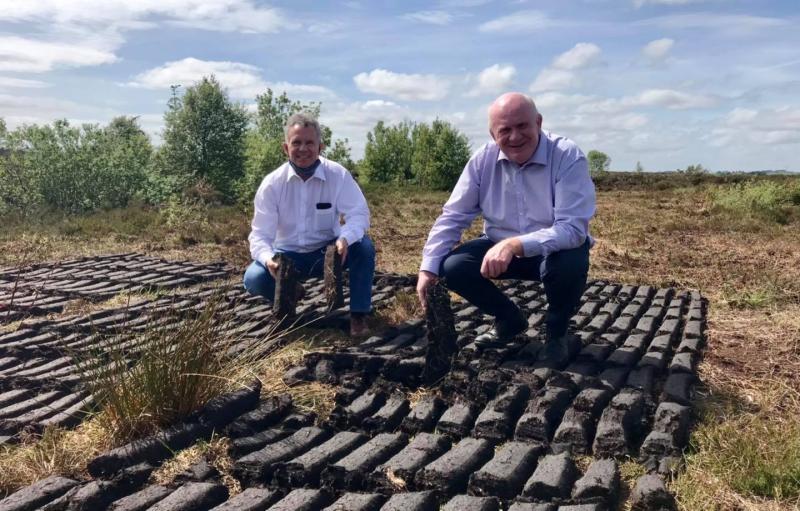 Tipperary TD and chair of the Oireachtas Agriculture Committee, Jackie Cahill has written to An Taoiseach, Micheál Martin, highlighting his pressing concerns for the future of the horticulture, mushroom growing and nursery industries in Ireland.

The letter was on foot of a committee hearing last week in which Department officials from separate Government departments appeared before the committee to answer questions on the blanket ban on peat harvesting in Ireland resulting in peat importation from the far side of Europe.

Following the Agriculture Committee meeting, where Deputy Cahill stated he was “horrified” by comments made by Department officials, he wrote to the Taoiseach stating that the current peat importation policy was “achieving nothing in the battle against climate change, as peat is still being harvested elsewhere and then shipped across the continent. All this is going to do is force industries to relocate out of this country, resulting in the loss of economic activity and jobs in rural Ireland.”

During a lively Agriculture Committee meeting last week, Deputy Cahill responded to a Department official who had stated that the importation of peat will have to remain part of the solution to peat shortages nationally.

“Just because it’s taking place doesn’t mean it’s right. I actually thought I misheard you earlier when you said that, and I didn’t want to interrupt you,” Deputy Cahill told the official.

He said that to concede that importation was part of the solution was “absolutely inexcusable” from a Department official.

“I’m horrified to say that we are going to concede that we can’t produce peat here for organic industries.

“You better go back to the blackboard because what you’re saying is not a solution. I know we have to go back to our Ministers and back to the Ministers we will be going. What we are hearing is totally unacceptable”, the Thurles TD said.

Deputy Cahill has pressed the Taoiseach to intervene as a matter of absolute priority as the country approaches the “eleventh hour” in relation to this issue.

He has shared his concerns with the Taoiseach regarding the relocation of the mushroom growing industry out of Ireland, with a resulting loss in jobs and economic activity in rural Ireland, if action was not taken now.