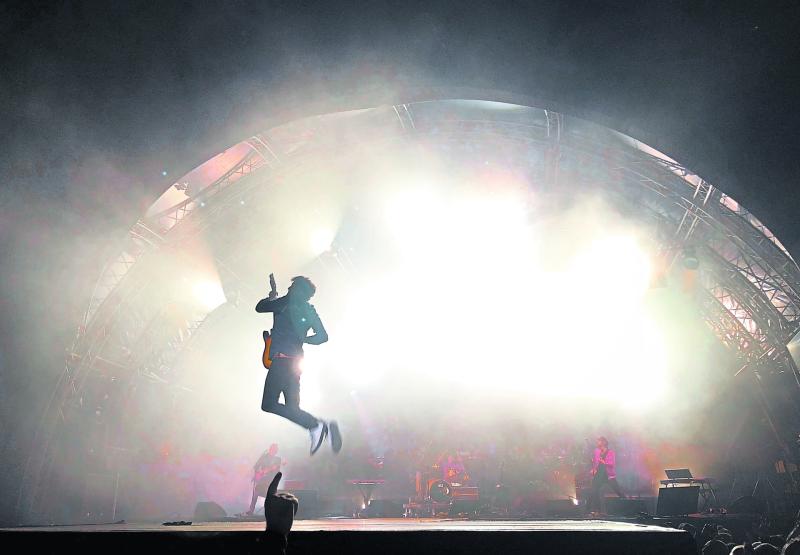 There is disappointment in Thurles this week with the news that its Féile is being switched from Semple Stadium to an outdoor venue in Birdhill.

The news was announced last week and was immediately met with surprise and disappointment.

The festival, made famous in its original Trip to Tipp format back in the 1980s, returned to Thurles in 2018 as Féile Classical and was a welcome boost to the town.

It was cancelled last year due to Covid-19 and locals had hoped it would be one of the Government's trial events for live music this year.

However, that hope has now been dashed with organisers CWB, run by Paul Boland in Birdhill, announcing it would be staged in a special-built concert facility in Birdhill under the name Féile Forever, which will run from September 2 to 5.

“After two great years in Thurles we had huge plans for Feile 2020 and 2021 but alas a Stadium show isn’t possible this year but hopefully the Feile Forever nights will fill the gap until next year," said CWB in a statement.

Thurles Chamber president John Butler said that the news was a "surprise and a disappointment. I hope it is a once-off and is back again next year. I think there would be support for it."

He said that there had been no consultation or advance notice of its move to Birdhill.

"They could have come up with a different name. It's not very original," said Mr Butler. "It's not Féile if it is not in Thurles. The word Féile is synonymous with Semple Stadium. Mention the Trip to Tipp and people immediately think of Semple Stadium. I think they moved it one year to Cork and it didn't work."

He believed the event was going to be quite small in Birdhill and reckoned that it would "not be a huge economic loss to Thurles".

Mr Butler said that with Liberty Square being revamped, that would be an ideal addition to the Féile offering, and would be a place where people could meet and create an atmosphere.

The Féile Archive group posted on its Facebook page that Féile HQ in Thurles would like to make it "abundantly clear" that the event announced had nothing to do with them.

"There is only one place to mark the occasion of Féile of old which many have fond memories of, and that's in the Home of Féile - Thurles Town," they posted.

Former Thurles councillor David Doran said he couldn't believe that the Féile Trip to Tipp was being moved to Birdhill.

"There is only one place that is home to the Féiles and that is Thurles," he declared.