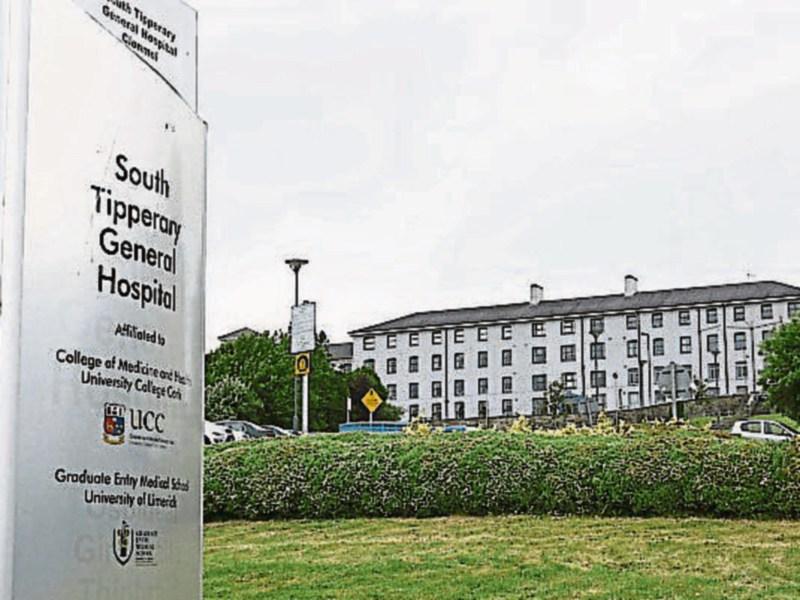 There are in excess of 7,543 people on HSE waiting lists in County Tipperary, and that includes 440 children, according to Deputy Martin Browne.

The Sinn Féin TD called for “action now” to halt what he said was a “tsunami of delayed and missed care which is barrelling down on the health service.”

The Cashel TD was commenting following the launch of his party’s €914m plan, Tackling Waiting Lists, which is aimed at patients and healthcare workers.

He said that action was needed particularly in County Tipperary, given the excessive waiting lists in South Tipperary University Hospital and Nenagh Hospital.

“For example, Tipperary University Hospital’s cardiology outpatient list has 895 people on it with nearly 30% waiting over a year.

Nenagh Hospital’s gynaecology services have more than 260 people languishing on the outpatient waiting list and more than 30% are waiting over a year.

“Patients are waiting longer than ever to receive care. The health service is at crisis point and it is not fit for purpose. Action is needed now,” he said.

In response, University Hospital Limerick Group, which caters for North Tipperary, apologised for any inconvenience caused to patients and their families due to long wait times.

However, a spokesperson said that the Covid-19 pandemic had transformed the delivery of healthcare and all public services in this country.

The need to prioritise care for the sickest, most vulnerable people had required the curtailment, postponement and rescheduling of services.

The group said that hospitals and other healthcare facilities had to revise workflows around social distancing and other infection prevention and control measures in order to protect the most vulnerable members of our society from Covid-19.

“At all times during this period, hospital management at UL Hospitals Group has remained focused on our inpatient and outpatient waiting lists,” they said.

The spokesperson said that executive oversight meetings were held weekly in order to review waiting lists, and they had actively devised and implemented means of minimising the inconvenience that wait times cause for patients and their loved ones.

“We are currently progressing with these through the regulatory framework process with the Consultants Application Advisory Committee (CAAC), and we anticipate that many of these posts will be advertised for filling in the coming months,” they said.

Under the Private Hospital Safety Net Service Agreement, the group had undertaken a thorough review of urgent surgical and medical waiting lists, and referred 2,359 procedures to a number of private hospitals.

“It is anticipated that this activity will continue under the national agreement, which has a term of 12 months,” they said.

The group was also discussing several initiatives with the National Treatment Purchase Fund (NTPF), and wherever possible, virtual clinics were being used as a means of identifying patients who can be progressed whether for diagnostic imaging, minor procedures, or full episodes of care.

A spokesperson for the HSE South/South West Hospital Group said: "The South/ South West Hospital Group (S/SWHG) in collaboration with its 10 hospitals, including Tipperary University Hospital (TippUH), has undertaken substantial work to address waiting lists and manage the effects of the recent cyber- attack and the on-going Covid-19 pandemic on overall activity as we continue to work with all our hospitals to recover and improve patient access to services.

"The group and TippUH has generated additional capacity through a variety of means such as insourcing (out of hours capacity),use of the private hospital arrangement and National Treatment Purchase Fund (NTPF) funding e.g. additional endoscopy lists to reduce waiting times for patients and hospitals are utilising new ways of working such as “Telehealth” for outpatient appointments where appropriate.

"All waiting lists figures can be found on EHealthIreland at https://data.ehealthireland.ie/"