'A unique couple,' Tipperary husband and wife pass away within weeks of each other 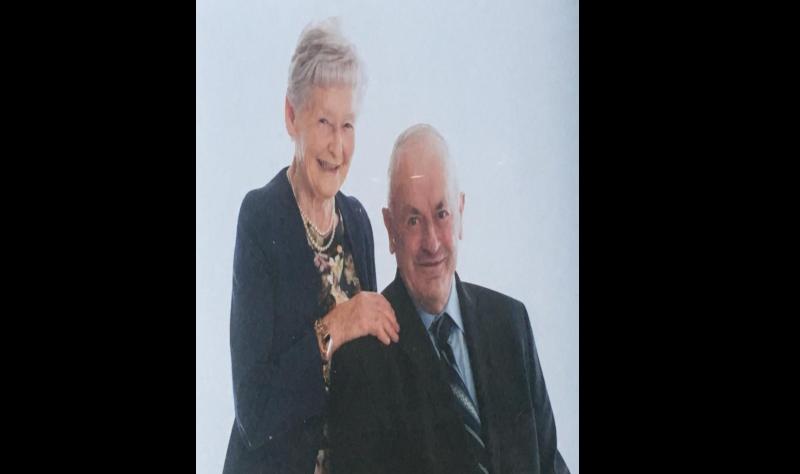 In the months of January and February this year, Clerihan parish and the Poulmucka area lost two very well-respected and much-valued members of their community.

Kathleen passed away on January 6. She was a loving mother to her children, to her daughter-in-law, Cherry and a very special grandmother to her grandchildren.

Kathleen was born in 1936 in the townland of Mocklerstown, just 2kms from Clerihan village. Kathleen was the eldest daughter of John and Margaret O’Donnell. She had three younger siblings, Denis, Michael and Eleanor. Sadly, Kathleen was the last surviving member of her family.

She attended primary school and secondary school in Fethard and completed her Leaving Cert in 1953. At the age of 17, she travelled by steam train to Dublin where she studied nursing and later specialised in midwifery. After a number of years working in Dublin, Kathleen returned home and worked in St Monica’s Ward in Clonmel Hospital. She continued to work there until she and Luke married in 1969.

In those days, women had to give up their profession, this was a huge change for Kathleen but like everything she did, she embraced her new life with energy and love. She never lost her enthusiasm for caring for others, for in the years that followed

Kathleen cared for so many neighbours and friends.

Flowers and gardening were a huge part of her life too and she was for many years an active member of the Clonmel Horticultural Society. She loved all things of nature from farm to flowers to sunsets. She was blessed with good health and often joked that she had never been on a table in her 85 years!

Kathleen will be remembered for so many reasons, her unique humour and smile that lifted up so many people’s lives, and her willingness to embrace life. The loyalty, friendship and kindness that she showed throughout her life was indeed an inspiration to all who knew her.

Kathleen’s passing has left a huge void in so many people’s lives.

A short six weeks later Luke passed away on February 20.

Luke had also lived a very active life in the parish of Clerihan. Luke was born in 1940 and lived in Graigue for his entire 82 years.

He was the only son of Patrick and Margaret and had two sisters Sr Catherine and Sr Joan of the Holy Rosary Order who are very much part of the home at Graigue.

At 15-years-old, he returned home to help run the family farm with his father and mother. However, his love of learning did not end when he left school as Luke continued to educate himself by immersing himself in all aspects of literature and enjoyed learning about all new developments in farming, politics and world events.

Throughout his 82 years, Luke was involved in many organisations.

The first of these was Macra na Feirme. He was one of the founding members of Rathkeevin Macra and had the honour of being the first secretary of the club.

Luke’s main interests in Macra were public speaking and debating. He and his team mates, Sean O’Rourke (RIP), Michael O’Gorman and Tom Dower travelled the length and breadth of the country competing and enjoyed many successes in competitions.

Macra gave Luke many life skills that he carried throughout his life. When his time as an active member ended, Luke took on the role of adjudicating debates and also mentored debating teams for many years.

Both Luke and Kathleen were very involved in the installation of the piped water scheme for the Poulmucka, Clerihan and New Inn area.

They often shared stories of how people’s lives were transformed with the introduction of piped water.
The organisation for which Luke will be most remembered, is the role he played in IFA.

As a young progressive farmer, He saw the importance of joining the IFA so that he could help make a difference for his fellow farmers.

During many years as an active member, Luke held positions of responsibility both at local and county level. He acquired a vast knowledge in all aspects of farming which he shared freely with his fellow members.

At county level, Luke was elected County Secretary and served in this role from 1980-1983. He later went on to become County Chairman in 1990, for a three-year term. He made an enormous contribution to the organisation.

The amount of time and energy he devoted to looking after the interests of farmers in south Tipperary in a voluntary capacity is remarkable.

After finishing his term as chairman, Luke’s next step was to represent South Tipperary on the National Sheep Committee. His keen interest in IFA lasted well into his retirement.

Luke also had a keen interest in the operation and development of Cahir Mart. He sat on the local advisory committee for over three decades.

During his lifetime, Luke witnessed great change in the way livestock was sold. He could recall selling cattle at a fair on the side of the street in Clonmel when he was young.

The fair was replaced by local marts which made the sale of animals much easier.

In more recent times he and Kathleen would watch online the sale of animals in Cahir Mart from the comfort of their kitchen.

Such were the changes that they had witnessed during their lives.

In 1997, Luke was elected to the Board of Cork Marts. He sat on the board until he retired in 2007. Luke enjoyed thoroughly his time on the board as it gave him a great insight into other businesses and developments outside of farming. He retired from the Local Advisory Committee in 2017.

The Hally family would like to express their gratitude to numerous people who helped care for Luke and Kathleen. Firstly, we would like to thank their GP, Dr Lynch in Irishtown, Clonmel.

We would like to thank Dr Bolger and his medical team for all the care they showed Luke throughout the years.

We would like to express our sincere thanks to the staff of Tipperary University Hospital who showed such kindness and care to Luke and Kathleen.

To all our relatives, friends and neighbours, we say a heartfelt thank you to you all for your kindness and support that you have shown us during the past number of months. Luke and Kathleen are now together in the arms of God; may they Rest in Peace.