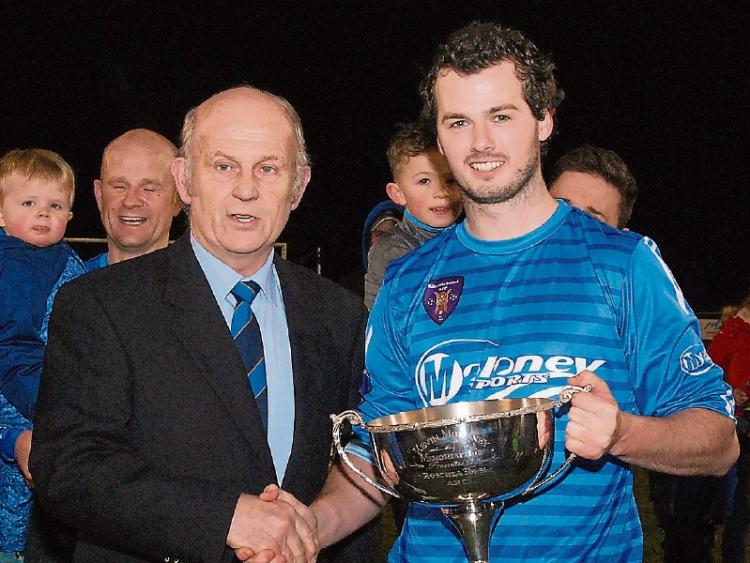 Villa Stormed into a 5-0 lead in the first 15 minutes thanks to goals from Rory Murphy, Craig Phelan, Shane Moloney, Paul Kirwan and Joe Moloney as they ensured there would be no Christmas hangover. Murphy latched on to a long through from Joe Moloney with just four minutes on the clock and only six minutes later it was 2-0 to the host when Craig Phelan lashed his effort into the roof of the net after a fine Denis Moloney pass sent him through.

Villa made it 3-0 only a minute later as a corner from Man of the Match Joe Moloney found the Shane Moloney’s head and the striker made no mistake it all but ending the game as a contest even this early on.

Villa were hungry for more and added two more in the next five minutes as Shane Moloney raced into the area and he squared the ball to Paul Kirwan and easily dispatched his 33rd of the season. Joe Moloney was next to be on the scoresheet as he found space at the edge of the area and his beautiful chip gave the visitor's keeper no chance and it would remain this way until the break.

The second half was a lot quieter but further goals from Kirwan and Joe Moloney (2) added to their team’s joy on the night as the mass celebrations erupted on Referee Jim McGrath’s final whistle. This was a huge effort from coach David Nash’s and assistant coach Joe Treacy's side.