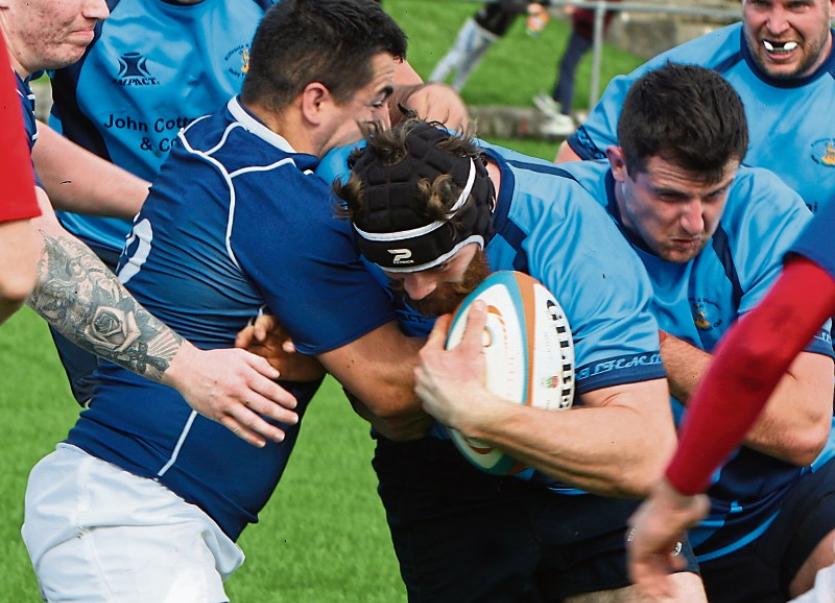 Kilfeacle's good form continued with a good win over Abbeyfeale in the Munster Junior League on Sunday last.

Abbeyfeale won the toss and elected to play against the wind for the first half. A large portion of the first half was played in the home side’s 22. Kilfeacle were very quick to come to grips with their opposition and scored a try inside three minutes, finished by James Hogan and converted by William Staunton. Abbeyfeale replied with a penalty in the eighth minute.

After 26 minutes Kilfeacle and District finally breached Abbeyfeale’s defence when a lineout move straight off the training ground saw Kevin Kinnane burst through from outside the opponent’s 22 to score under the posts, once again converted by William Staunton. In the wet conditions Abbeyfeale were struggling and with only moments left in the first half came the third try for Kilfeacle scored by Brian McLoughlin and converted by William Staunton.

The scoreboard at half-time read 21 points to 3 for the visiting side.

After six minutes of the second half  Abbeyfeale, following  many phases of play, scored a converted try.

Kilfeacle were shocked into action by this score and within three minutes, after an excellent break by Darren Lowry, had secured the bonus point with a try scored and converted by William Staunton.

After some sustained pressure Abbeyfeale’s defensive line  was breached for the fifth and final time in the 75th minute when, after an excellent break by Keith Bourke, Kevin Doyle touched down in the corner. William Staunton made it five from five with the conversion from a very tight angle.

With only minutes remaining on the clock and the game and the winning bonus point secured, Kilfeacle let their intensity drop and unfortunately paid for this, when Abbeyfeale scored a converted try with the last play of the game.

This win means that Kilfeacle and District RFC have joined Newcastle West at the top of the division, with 18 points after 4 games.