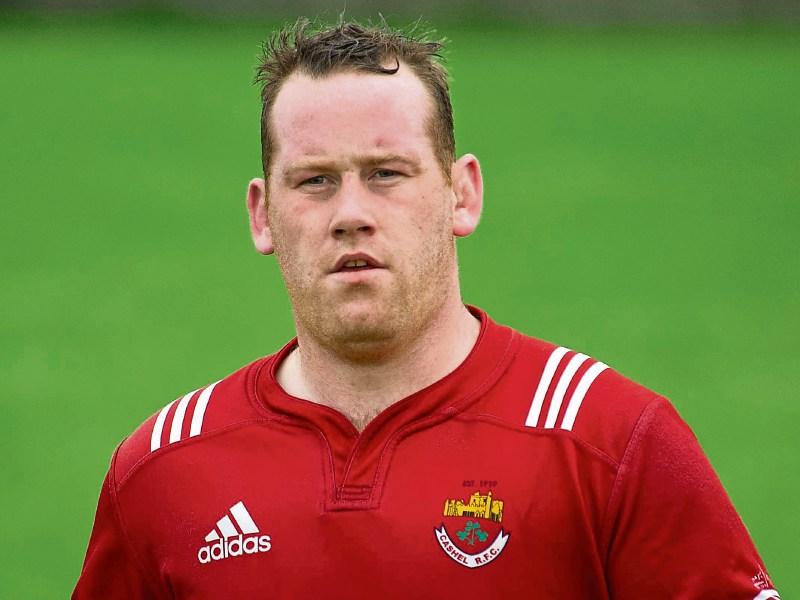 Niall Fitzgerald added to his AIL try tally with another try against Nenagh last Friday night in the AIL League Division 2A clash at Spafield.

The All-Ireland League programme grinds on relentlessly, with round seven played last weekend.

From time to time something special needs to take place to renew the interest of the casual supporter. What better way to whet the appetite than a local derby on a Friday night, under lights, between Cashel and local neighbours Nenagh.

Both sides are great but respectful rivals and the games are always played in a tough, uncompromising but above all good spirit. Friday night was no different, as Cashel played host on a wonderful, crisp November night-ideal for rugby and the supporters turned up to add to the atmosphere. Both teams were fully loaded and the game did not disappoint.

Cashel stormed into the attack from the kick-off, Josh Pickering made a break and they were close to the Nenagh line. After three minutes Cashel were reduced to 14 men for a player not wrapping in the tackle. It did not reduce their effectiveness as they went through phase after phase. The Nenagh defence were holding solid, though.

The first try was delivered in the 20th minute after a period of sustained Cashel pressure. Richard Moran, who was involved in everything up to then, charged over for a try. Aidan Barron converted. It was an achievement, as they were still down a man.

The Cashel scrum was on top and another onslaught gained a penalty which went to the corner but after a number of phases Nenagh cleared their lines.

It took Nenagh 30 minutes to get into the Cashel half and when they got their opportunity they took it. It was a penalty on the Cashel 10m line after Cashel were punished for holding on. Conor O’Brien reduced the deficit with an excellent kick.

Two minutes later Josh Rowland went on a run. He is a most capable player in possession and was a danger any time he got possession. He brought play to halfway, where Nenagh were awarded a penalty which they kicked deep into Cashel territory. Cashel won the lineout and brought play to halfway from where  captain Cathal Ryan made a break. The ball was whipped to Richard Kingston on the wing and as he went on a run he was tackled high. The penalty went to the corner, from where Cashel set up their trademark maul. They drove to the line and Niall Fitzgerald added to his try tally with a good forwards’ score. Aidan Barron added the points with the conversion.

This put Cashel into a comfortable 14 points to 3 lead at half-time. Based on their domination in the first half, it was a well deserved lead. The forwards were on top in the scrum and the backs were willing to run at every opportunity.

The start of the second half continued with Cashel on top. Aidan Barron kept Nenagh pinned back in their own half with two excellent kicks. Ten minutes into the second half Nenagh came more into the game. Clayton Stewart made a break into Cashel territory but the ball was knocked on in the tackle when they had good field position. Ed Leamy robbed a Nenagh lineout and Barron again drove Nenagh back with a monster kick. As play developed Brendan Ryan put in a good hit on a Nenagh player. James Ryan won the ball on the deck, Nenagh were penalised and Eamon Connolly extended the Cashel lead with the kick.

James Kendrick broke up play shortly afterwards with another huge hit. Cashel had a good lead but to be fair to Nenagh they were not allowing this superiority be turned into scores. 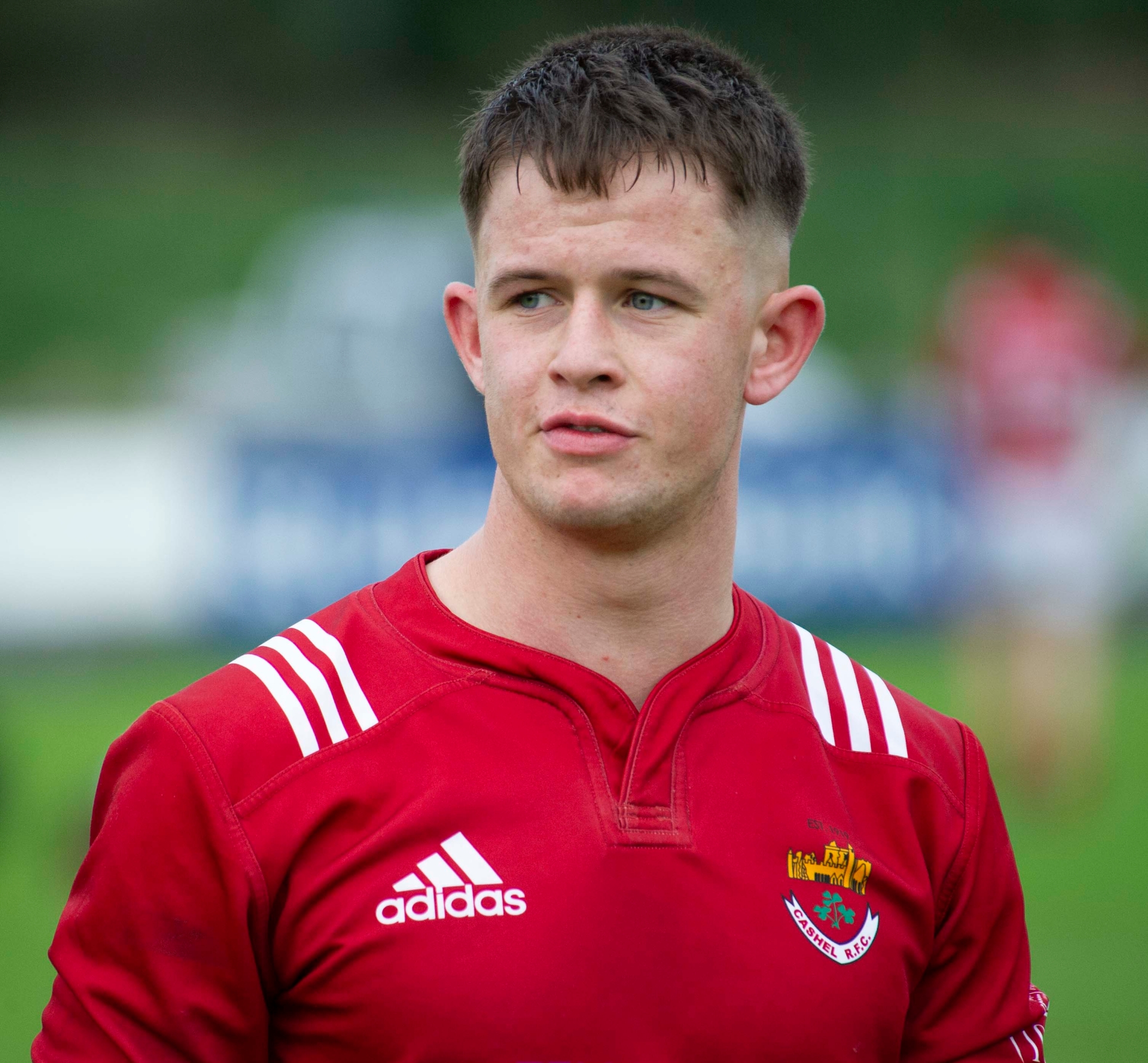 With five minutes remaining the towering Brendan Crosse put in three tackles to stop Nenagh in their tracks. Cashel at this stage were thinking of a bonus point win but two tries were required.

One came with two minutes left. The forwards exerted enormous pressure and Brendan Ryan charged over for a try. The bonus point was now a possibility and Cashel went for it. However they lost possession on half way and Josh Rowland got possession, saw a gap and raced over for a Nenagh try, which Conor O’Brien converted.

There were some excellent performers on both teams. A special word for the Cashel front row of Cathal Ryan, Niall Fitzgerald and James Kendrick. They set up a platform in the scrum which did not allow Nenagh any forward ball. The pack overall was outstanding but second row Richard Moran had the game of his life and was man of the match. The defence was very solid, with Conor Cashman and Alan McMahon as solid as rocks in the centre. Luke Duffy  dealt with everything at full back. The substitutes had an impact when they came. The Ryan twins and Brendan Crosse added fresh legs and kept Cashel on the front foot. Eamon Connolly took his penalty well and Aidan McDonald made a welcome return after injury.

On the Nenagh side their pack competed well but their outstanding player was full back Josh Rowland, who could have created a lot of trouble for Cashel had he been given more possession. 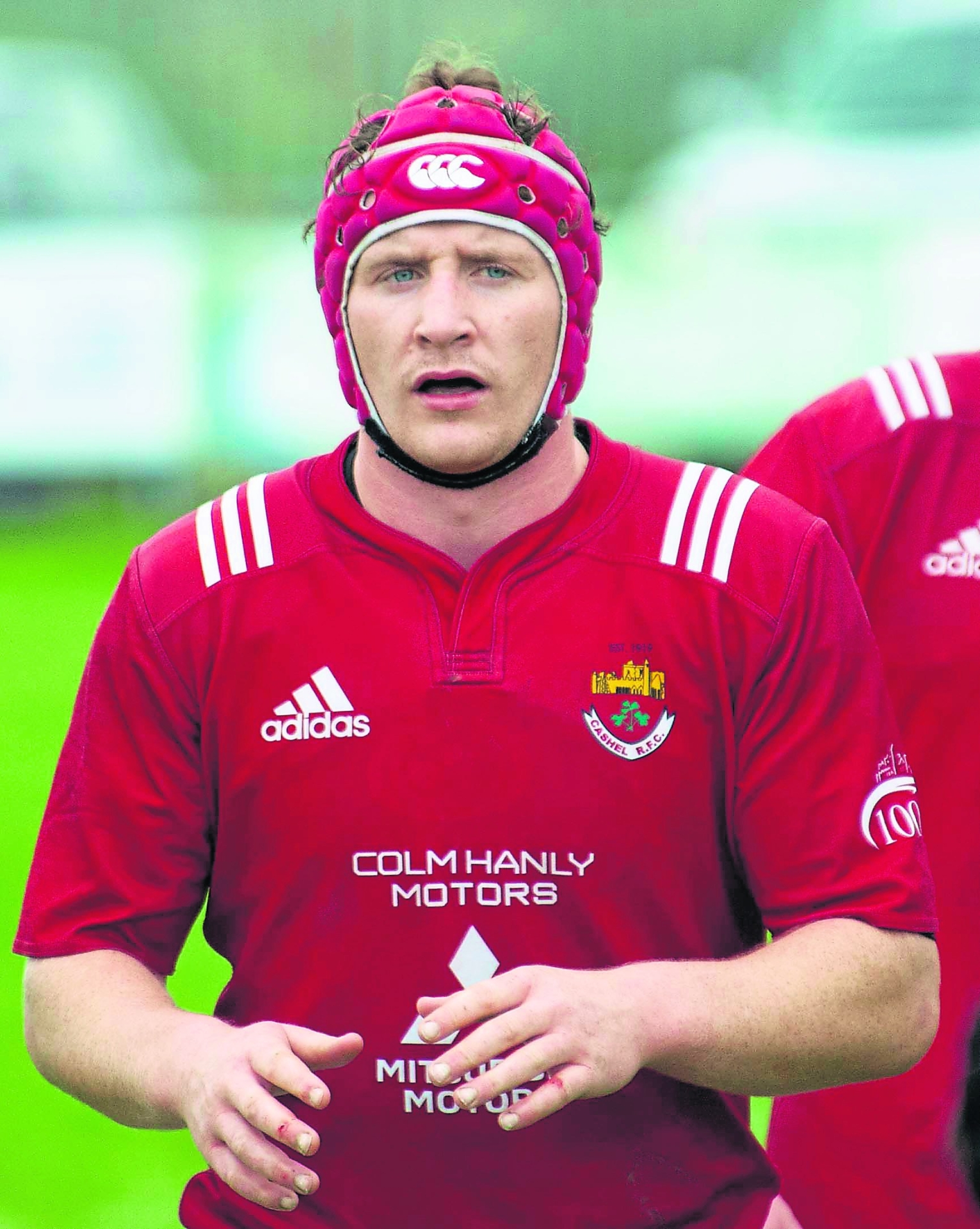 Cashel second row Richard Moran had the game of his life against Nenagh and was man of the match.

OFF TO ATHLONE THIS SATURDAY

Cashel travel to Athlone this Saturday to take on Buccaneers in what will be a first fixture between the clubs.