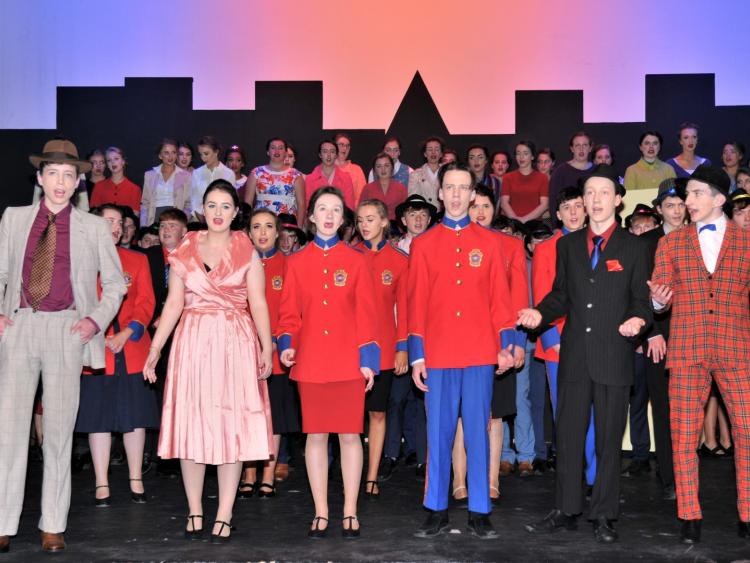 The cast of St. Anne's and the Abbey CBS take to the stage for the final time following a mesmerising performance of Guys and Dolls in the Excel Theatre

This year the Abbey School and St. Anne’s Secondary School again collaborated to stage the Musical ‘Guys and Dolls’ at the Excel Theatre in Tipperary Town on Thursday 6, Friday 7 November and Saturday, December 8.

These joint productions between the transition year students of both schools have become one of the highlights of the entertainment year in Tipperary, and this year was no different.

The story was set Depression-Era Time Square, New York.  The musical romantic comedy tells the story of big city gamblers and the women who love them.

It tells the overlapping love stories of high-roller Sky Masterson played by Ben Cosgrave, who falls in love with mission worker Sarah Brown played Gemma O’Reilly, and facilitator of illegal gambling in Manhattan Nathan Detroit played by Elanas Buivydas, engaged for 14 years to Miss Adelaide played by Sorcha Smith, a singer at the Hot Box Club. 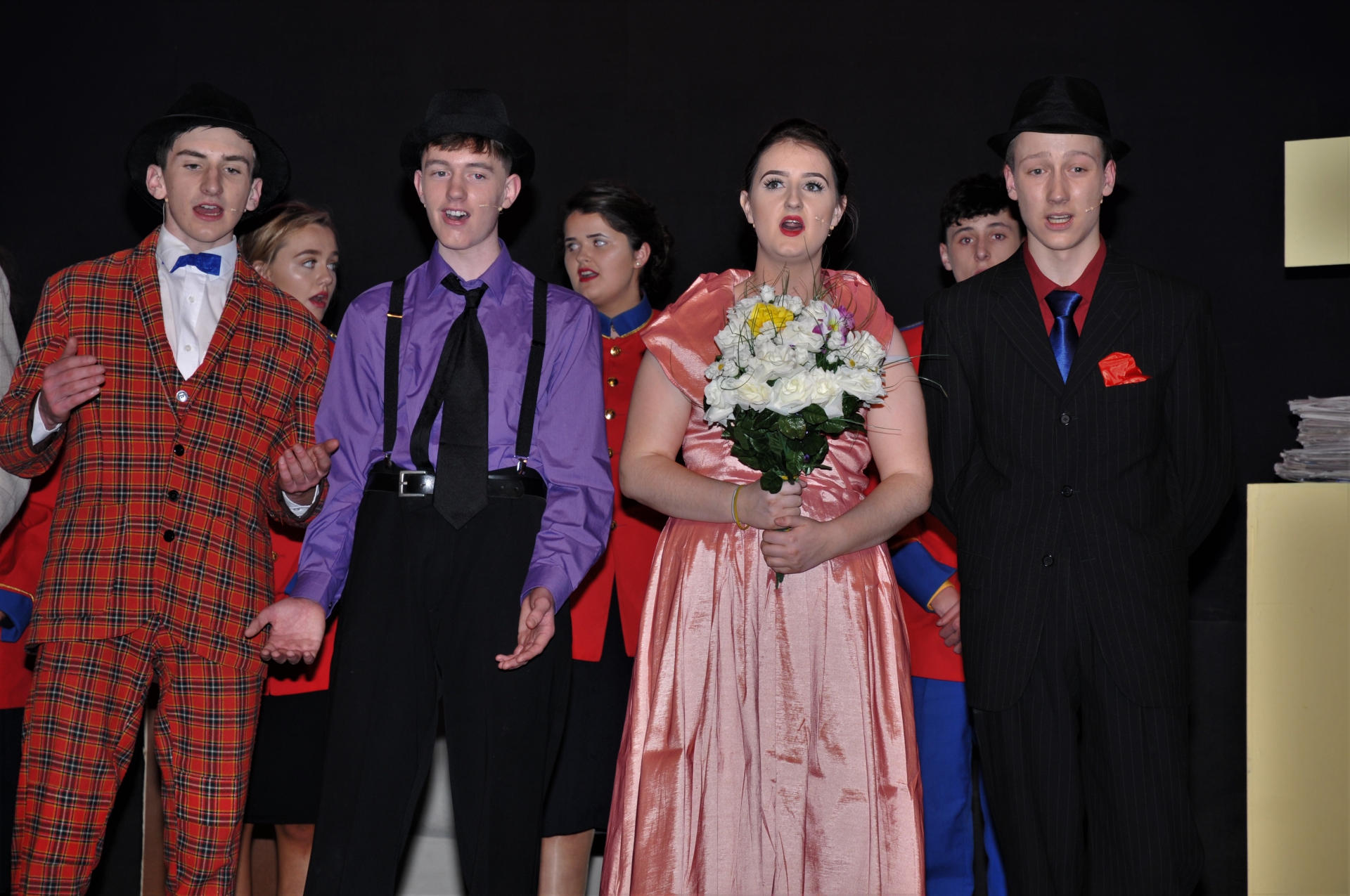 Congratulations to all the Transition Years on their wonderful performance of the many well-known songs which included “Runyonland”, “I’ll Know”, “If I Were a Bell”, “Take Back Your Mink”, “Luck Be A Lady” and “Follow the Fold”.

Also, in this Musical were songs which include “Marry the Man Today” “Sit Down You're Rockin’ The Boat”. All these fun filled songs contributed to a lively, enjoyable musical performance. 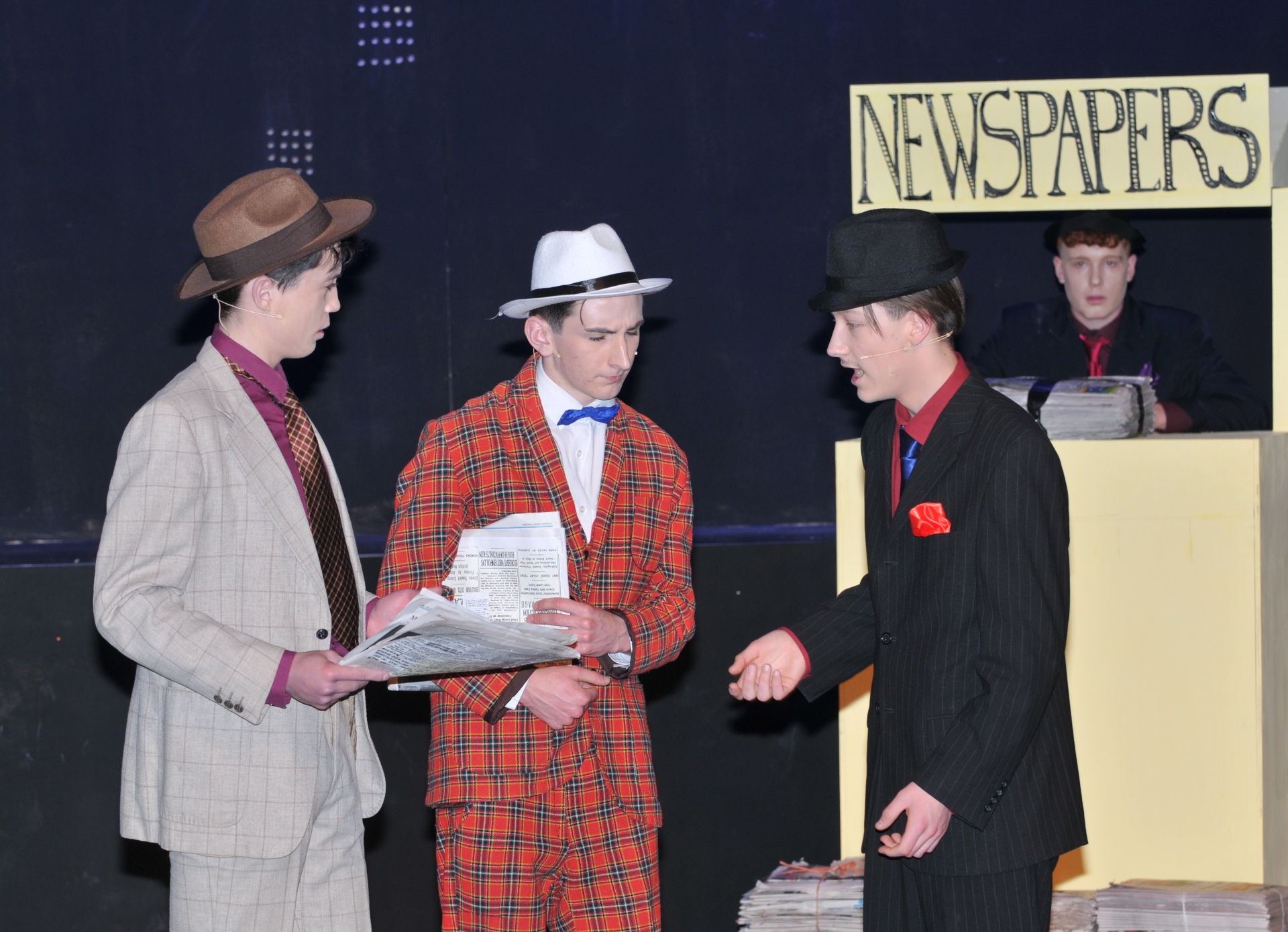 Great credit is due to the indefatigable producer Ms. Therese Maher who did a superb job on coaching, motivating and bringing the best out of the Transition Year students. Many thanks were equally offered to musical director Ms. Mary Rose McNally for her tireless work with the cast.

The organisers also thank the staff from both schools for their work behind the scenes, to the parents, the musical coordinators, the musicians, the light and sound operators, the backstage crew and the staff of Tipperary Excel.

A huge tribute should be paid to the courage, commitment, hard work and good humour of the Transition Year students for this powerful performance of ‘Guys and Dolls’.