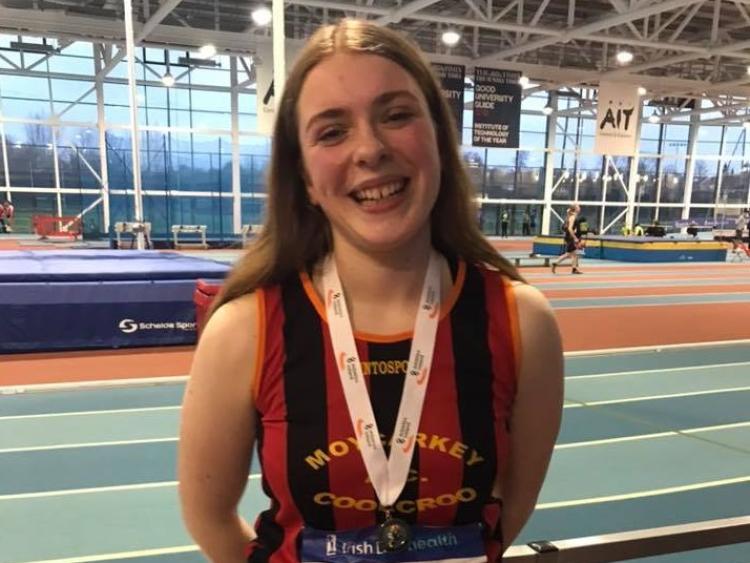 A fifth year student from the Ursuline secondary school in Thurles has becomes the new record holder at the Munster Youth Girls Pentathlon Championship.

Anna Ryan competed at the National and Munster Youth Pentathlon Championship on January 19 and secured a double victory after an impressive display.

The Thurles student was also crowned the Munster U18 Shot Put champion at the Munster Indoor Championships on January 20 in Nenagh.

No stranger to success, Anna has represented Ireland at many national sporting events including the SIAB International last August. She was one of only two Tipperary athletes chosen to be part of an Irish Schools squad of 68 competitors.