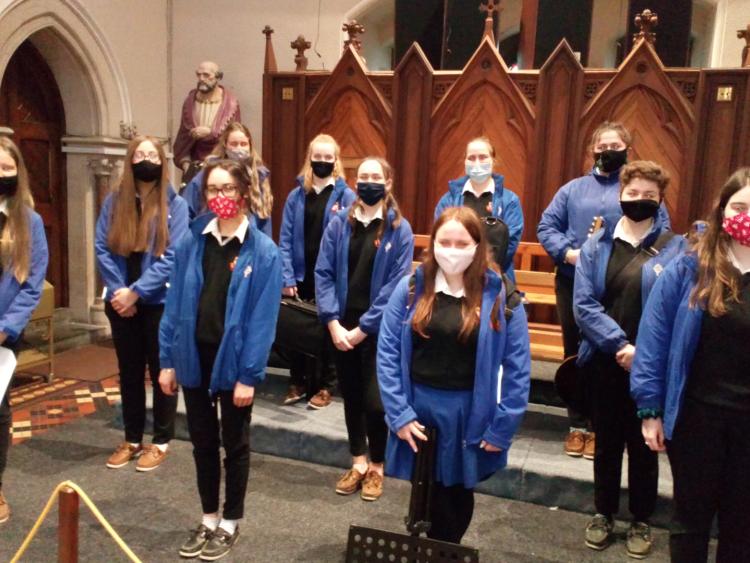 On Monday, December 21, 2020, St. Mary’s Secondary School, Nenagh, took a solemn moment out of a very busy school year to reflect on the true meaning of Christmas.

On that morning, eleven Sixth Year pupils made their way to St. Mary’s of the Rosary Church, to put on a Christmas Carol Liturgy Service for their fellow pupils and teachers.

In keeping with Covid restrictions the Church could not be attended by all the pupils of the school, as would have happened in previous years, hence these eleven pupils, would represent their whole school, and by putting on a service which included prayers, reflections, solo-singing, instrumental playing, and even a chorus of singers; the pupils, despite the restriction on numbers, delivered splendidly. 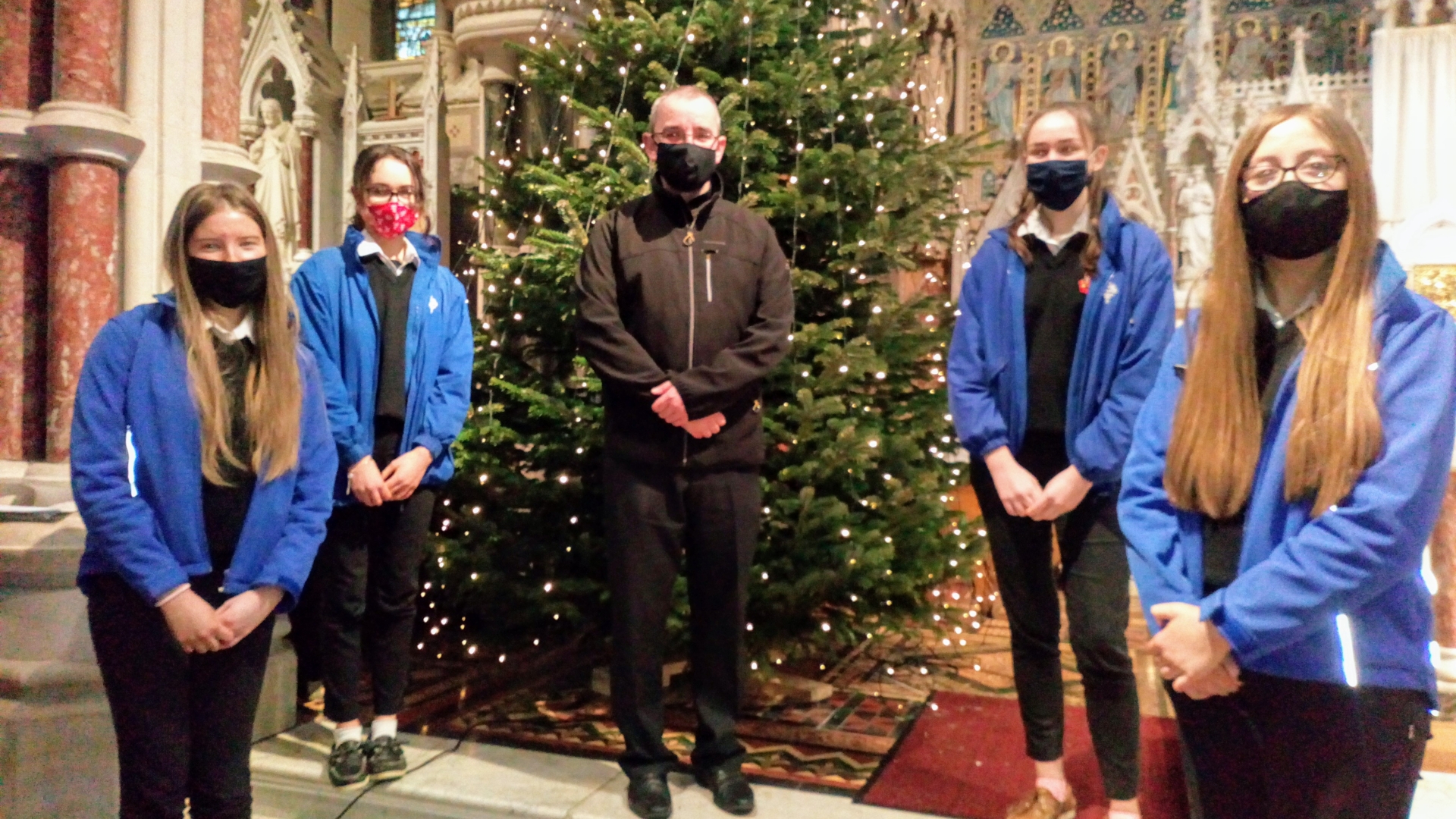 As such it was a Christmas Service by the pupils, and for the pupils.  All streamed live from the church, back to the students in their various classrooms.

The proceedings began with an introduction by school principal Mr. M. Dineen, who spoke of the year that was and his hopes for the coming year.  The pupils then delivered some Readings from the Gospels which re-told the Advent Story.

This was followed by some delightful singing, before returning to some inspirational reflections, which amply reflected all the pupils had undertaken and achieved since returning to school in September.

The achievements were many, not just academically, but also in the areas of fund-raising for local charities, thereby proving that the true Christian spirit of concern for your fellow mankind is not just ‘for one day in the year’ but everyday.

The words in this liturgy service were greatly enlivened by the upbeat music which included all the traditional Christmas hymns and songs: ‘In the Bleak Mid Winter’; ‘O Come all ye faithful’; and ‘Silent Night’ which was sang in both English and Irish.

The proceedings concluded with some inspirational words from Fr. Michael Geraghty about the great work done by the staff and pupils at St. Mary’s.

Fr. Michael also prayed for all associated with the school, both now and in the past; before wishing everybody a happy and blessed Christmas season.