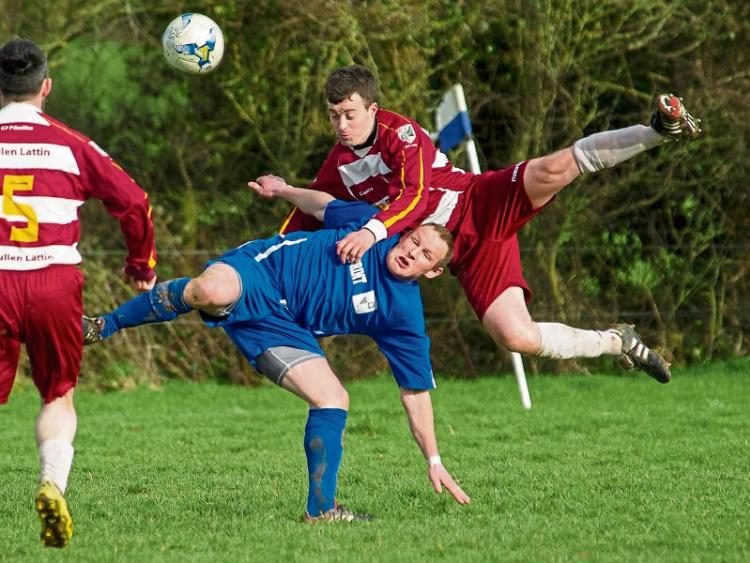 Cullen Lattin seem to be hitting top form right at the perfect time as they moved smoothly into promotion contention with a comprehensive dismantling of Kilmanahan United on the road last Sunday.

The visitors showed they meant business early on and took the lead in the 10th minute when Mikey Stokes squared the ball to Shaun Tate who controlled well and the box to finish to the net.

In the 22nd minute Cullen’s goalie Josh Moloney cleared long and found Stephen O’Dwyer who ran through to finish well and double the lead. And on the hour mark Thomas Hanley made it three when he played a one two with Stephen O’Dwyer on the edge of the box before finishing well himself.

The visitors pretty well ensured the points before the break when they made it four in the forty second minute after a Brendan O’Sullivan long range shot was saved well by the Kilmanahan keeper only to see Mikey Stokes on hand to finish the rebound from a tight angle. The second half was more of the same with all the pressure coming from the visitors and five minutes past the hour mark, Stokes crossed from the left to find Stephen O’Dwyer unmarked to tap home.

O’Dwyer completed his hat trick eight minutes from time when he finished well after cutting in from the right hand side, with the home side getting a late consolation goal to make it one goal to six in the end. 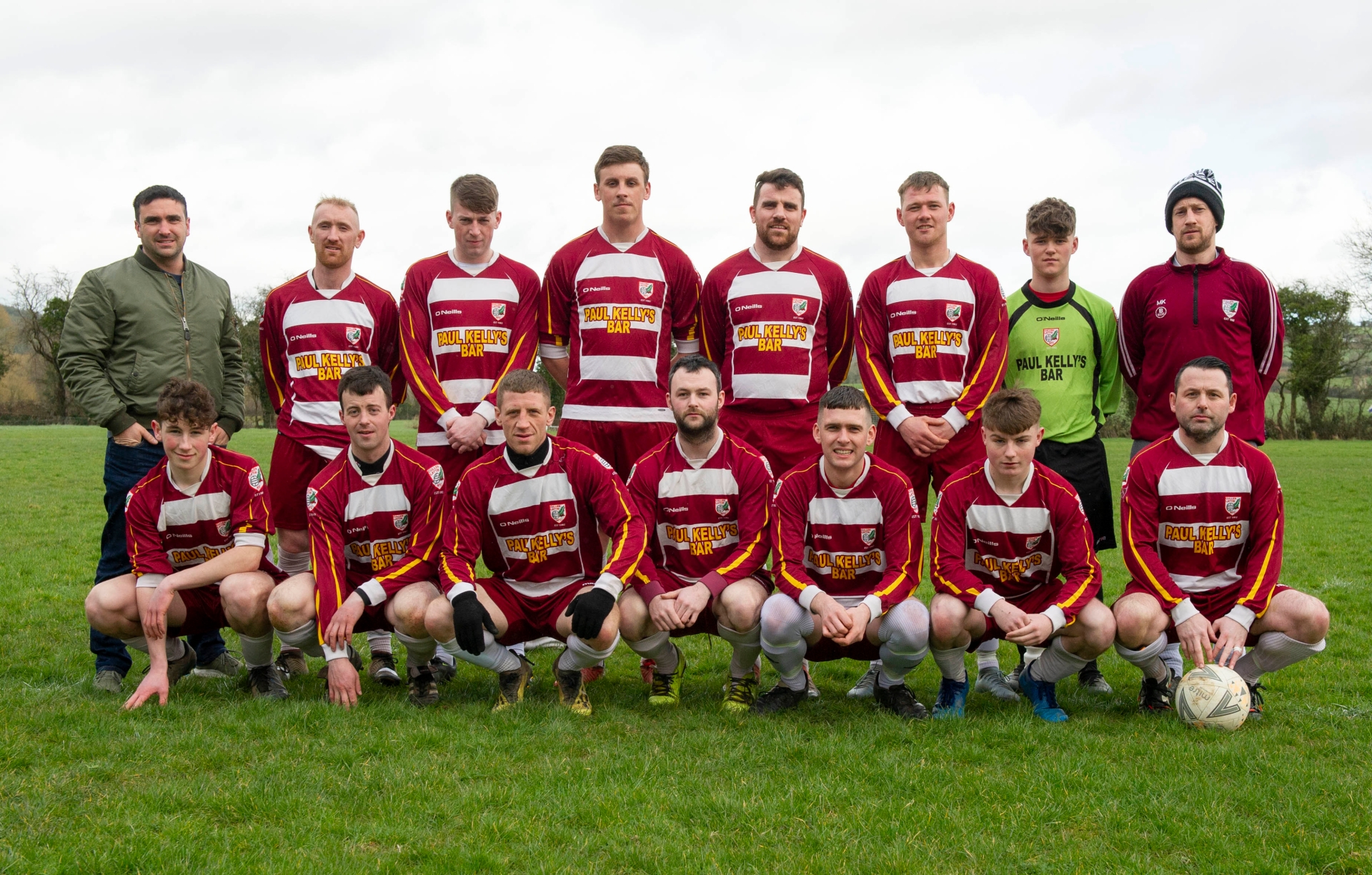 Cashel Town continued in their strive for safety with a valuable three points at a windswept Palmershill on Sunday morning, in a result that probably puts paid to the visitors title chances, and also leaves their promotion chances hanging by a thread with only three more games left this season.

The visitors took the lead in the first quarter when an excellent passing move was finished by Luke O’Donnell from the edge of the area. But the hosts stepped up their efforts and were rewarded on twenty five minutes with a goal from Jak Hayes who evaded the Kilsheelan defence before slotting home.

The visitors had the chance to go ahead again just after the break, from the penalty spot, but the effort was fired hight over the bar. And this miss was really rude, when Cashel Town got the all-important winner three minutes form time, after some more excellent midfield work set up Hayes for his second and vital goal. 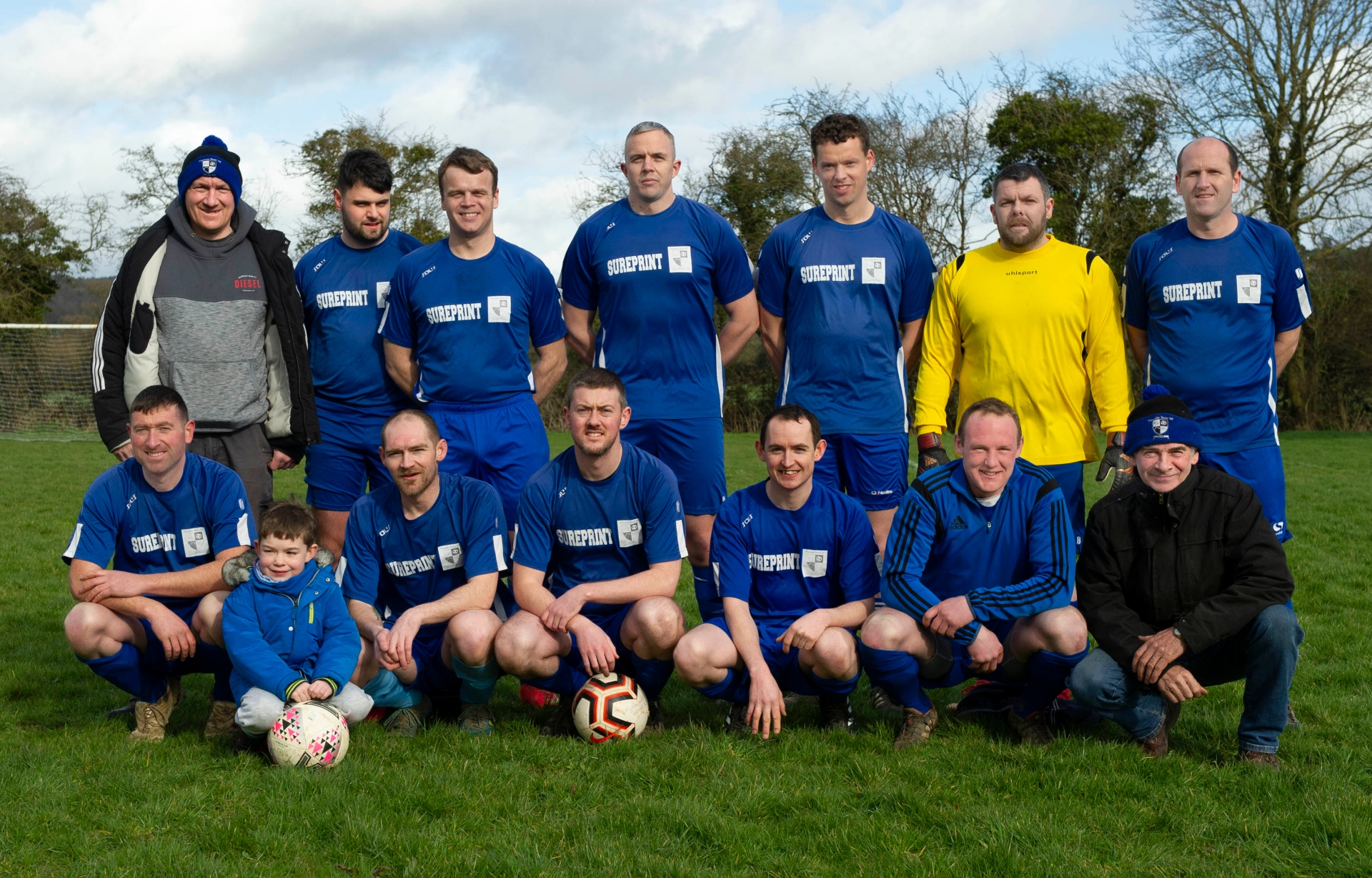