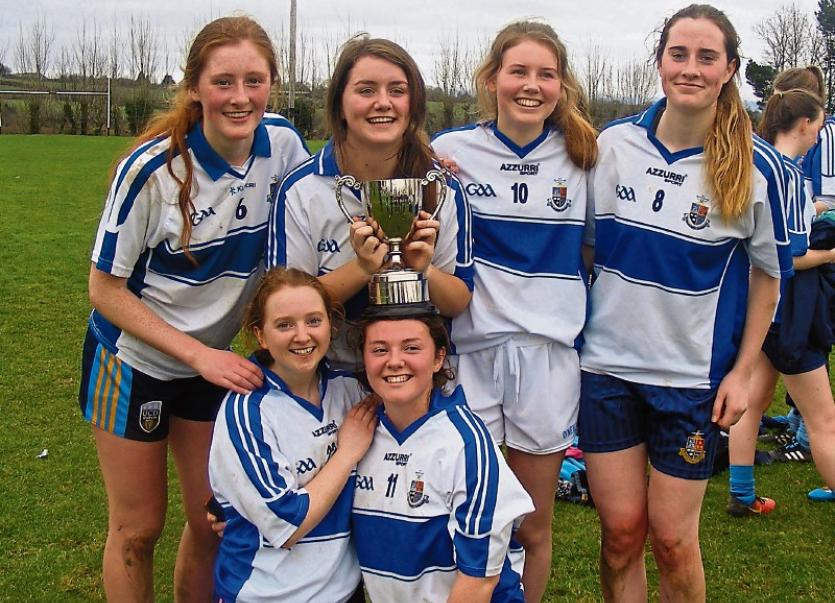 There are triumphant scenes in Rockwell College today after their senior ladies footballers were crowned Munster ‘D’ football champions after an absorbing contest against Kilkee from Co. Clare.

Rockwell won the matchup by the narrowest of margins, 1-13 to 3-6, but could have been left to rue many missed chances from their dominant possession in the course of the game.

Kilkee were very incisive when in possession, with star midfielder Caoimhe Harvey and corner forward Fidelma Marrinan putting in stand out performances.

Rockwell opened the scoring through Roisin Finnane in the fifth minute, only to have this cancelled out one minute later. 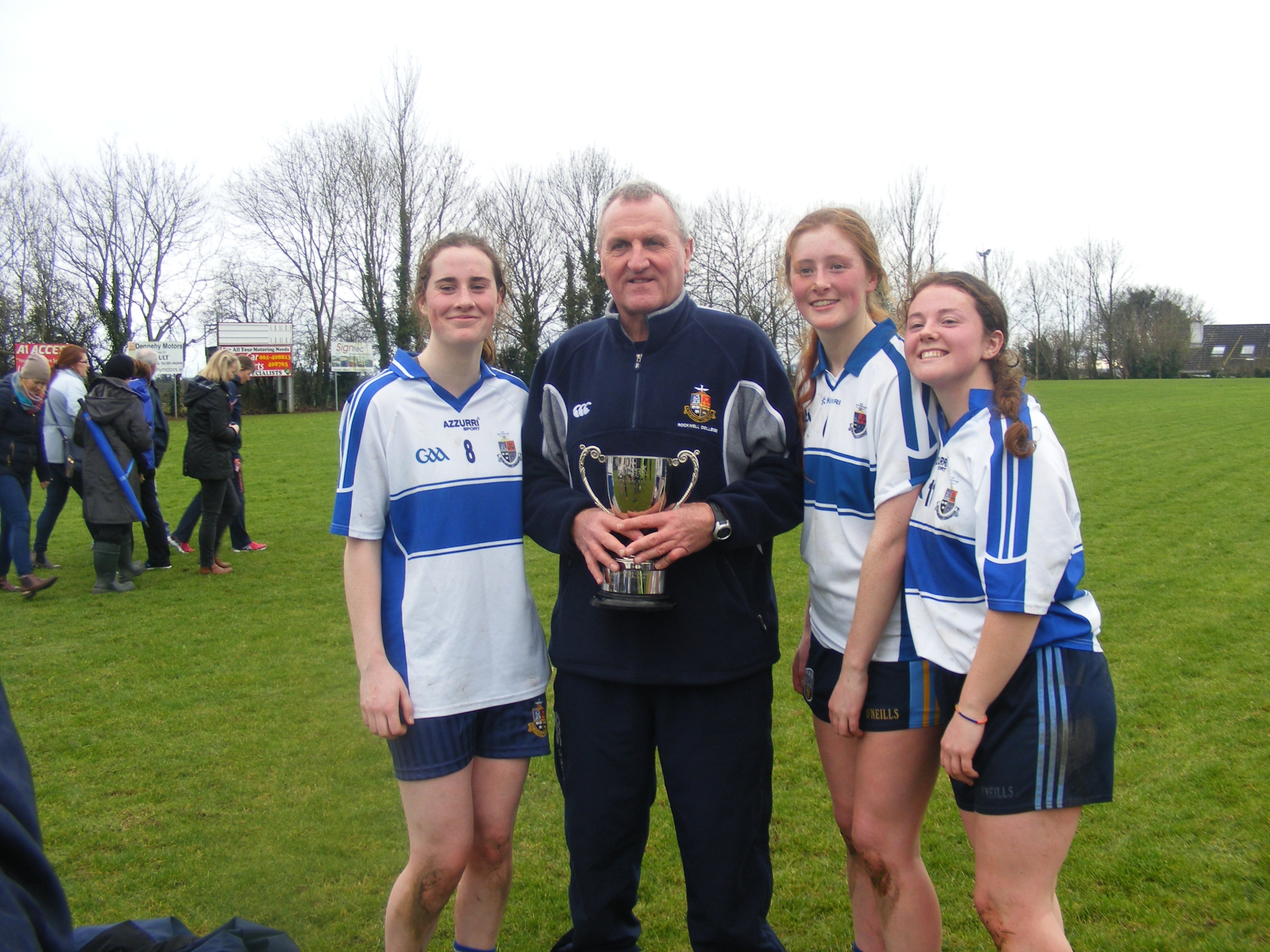 Again the two sides traded points, with Kate Barlow putting the ball over for Rockwell. Rockwell began to dominate the remainder of the opening half, with a further four points coming from Roisin Finnane and a well finished goal from corner forward Norma Kennedy. Rockwell went in at half time 1-6 to 1-3 ahead.

Despite paying with the advantage of a slope in the second half, Rockwell failed to capitalise and were wasteful in possession. The contest could have been put beyond doubt when Laura Stocksborough hit a powerful shot off the crossbar.

Kilkee took their chances well, scoring 2-3 in the second half. The Rockwell players, however, were content to send the ball over the bar when the opportunities arose.

Rockwell’s star performer Roisin Finnane was named player of the match. Kate Barlow’s work rate was top drawer, ably assisted with sterling performances from Aoife O’Shaughnessy at centre back and Laura Morrissey in midfield. Keeper Orla Cashman brought off some great saves, while full back Niamh Walsh broke down many forays by Kilkee. Up front, Eilish Kennedy won a lot of possession and made some penetrating runs through the Kilkee half back line. Her sister Norma deftly slotted her goal chance. 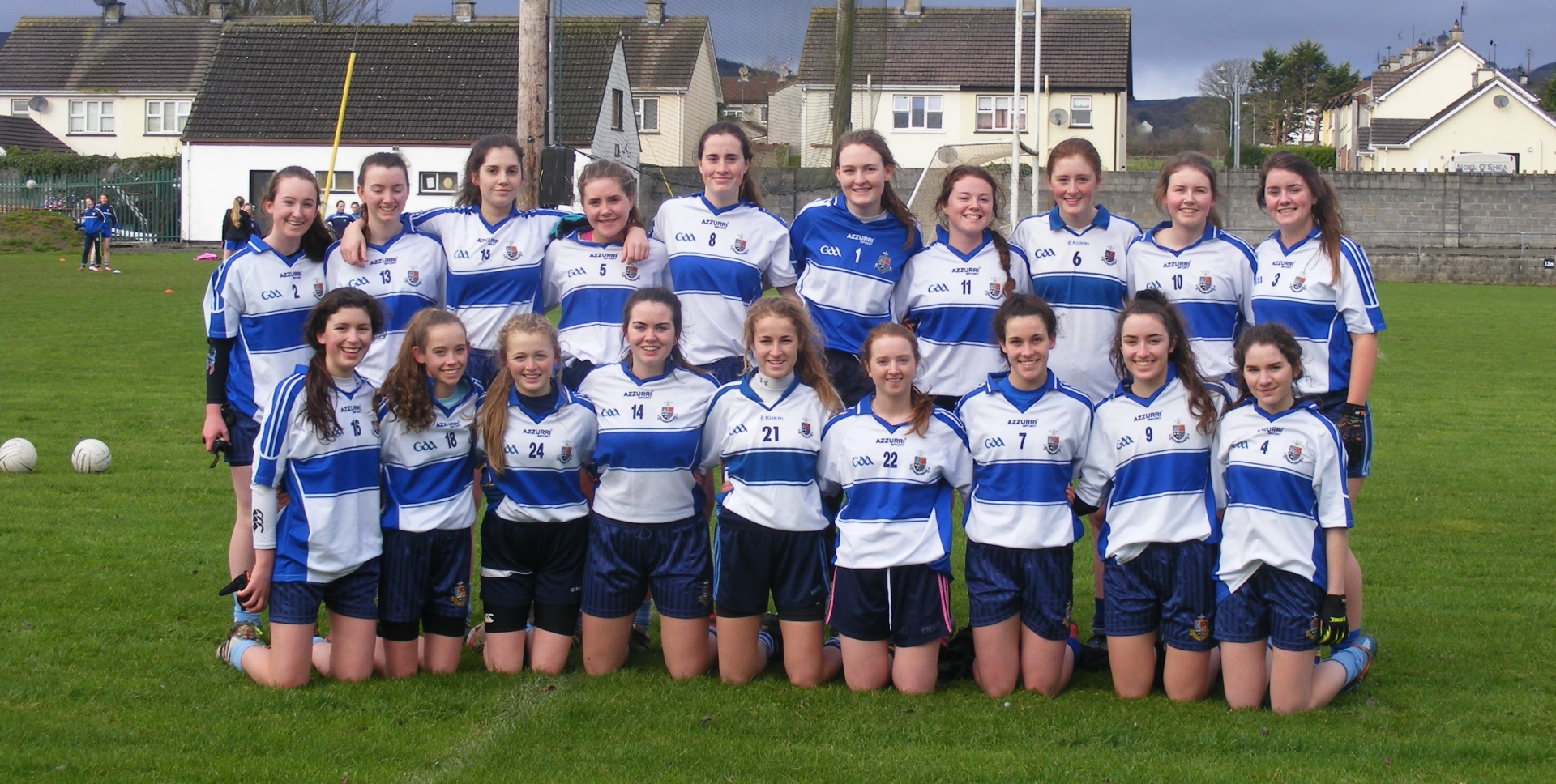