A strong showing by Dundrum AC athletes at the County Novice Road Championship has placed them in a strong position for the Novice B competition next month.

Hosted by Moyne AC on Sunday 19th February  in good racing conditions with little wind, mild temperatures and no rain, 44 athletes took part in the ladies event over 3k and 94 runners in the men’s 6k race.

Dundrum AC's Claire Devitt had a superb race to come home first for the club in 4th place. She was followed by 7th Eimear Loughman, 8th Ausra Mackeviciute, 13th Mairead Julian and 21st Laura Armstrong. This was Eimear, Ausra and Mairead's debut in this championship. Claire, Eimear and Ausra won silver in the team event.

In the men's race, 12 Dundrum AC athletes and three teams competed. Gareth McGlinchey came home first for the club in 4th place. He was followed by 18th Michael J Ryan, 25th Padraig Coen and 33rd Micheàl Coen. These four athletes fell short of a bronze team medal by four points. Next for the club was 36th Michael Ryan, 43rd Ruaidhri Devitt, 46th Stephen Ryan and 58th Donal Keane. These four athletes placed 10th team. Other finishes for the club included  61st Jim Halley, 71st Noel Casey, 76th Declan Buckley and 93rd PJ Holmes. These four placed 18th team. This leaves the club in a strong position for the Novice B in March with all the girls qualifying except Claire as she placed in the top five, and all the men qualifying except Gareth as he placed in the top eight. 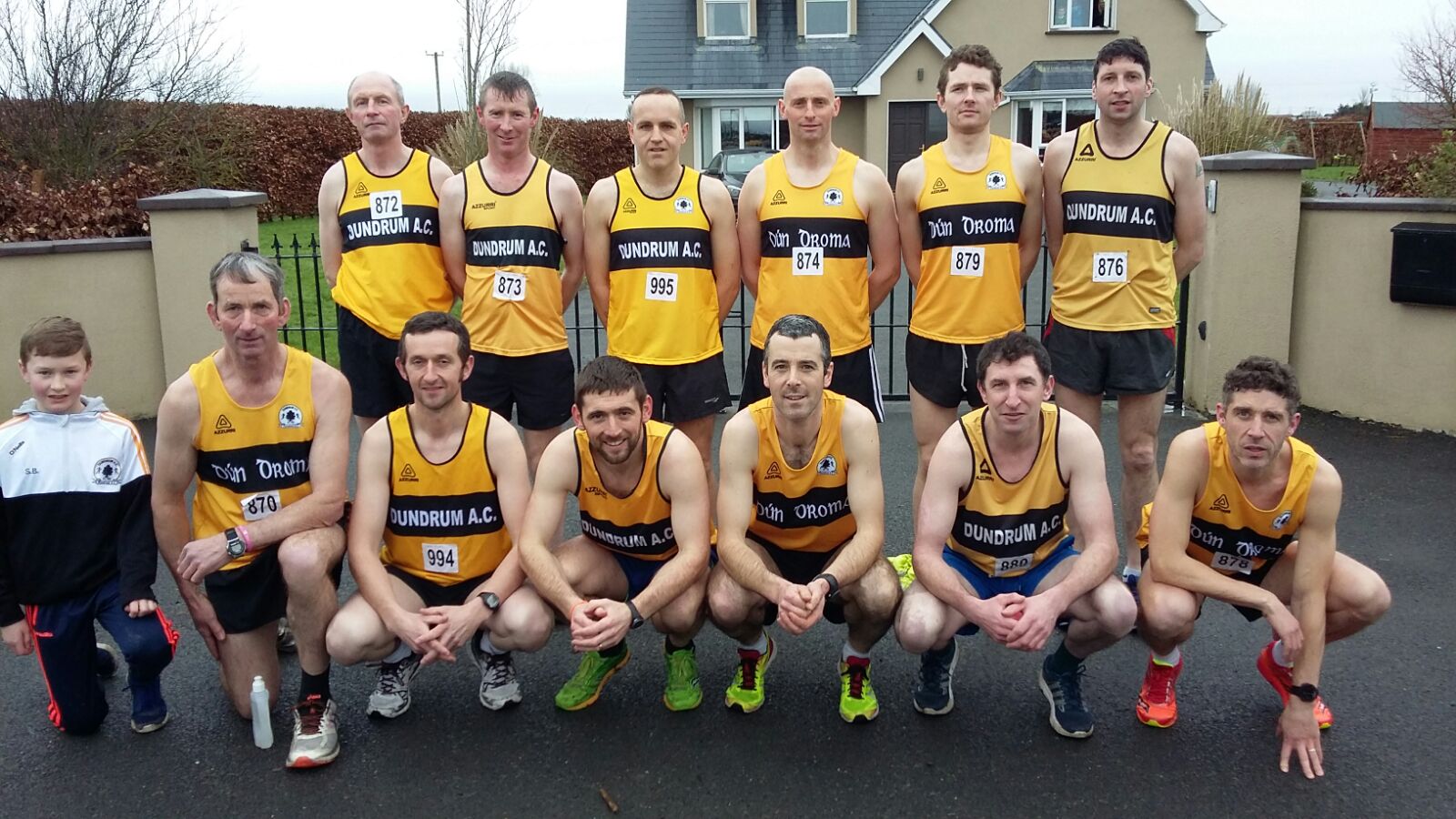