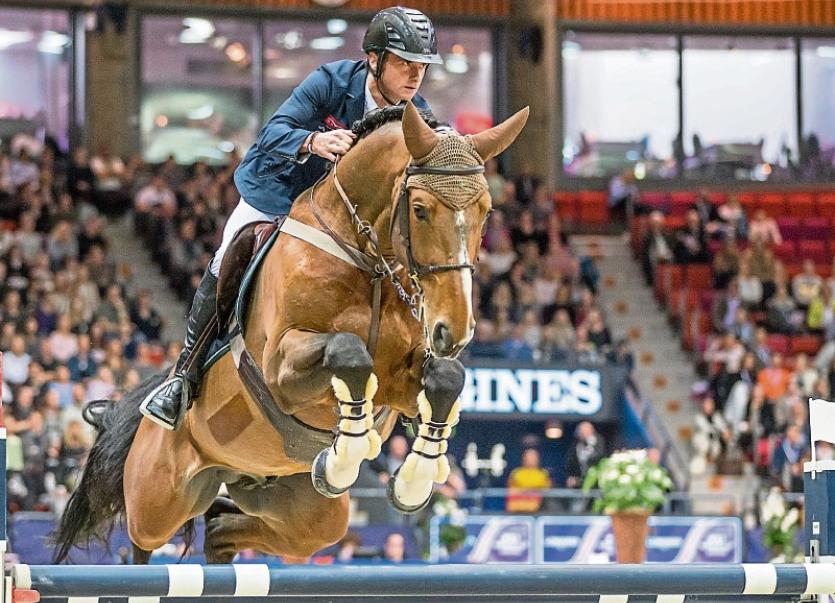 Tipperary’s Denis Lynch and the stallion All Star lie in 21st of 37 starters after the opening speed class at the Longines FEI World Cup Jumping Finals in Omaha, Nebraska in the USA.

Lynch and the Thomas Straumann-owned 14-year-old All Star lowered one fence during their round to add four seconds to their time of 64.43, leaving them on a total of 68.43.

Irish course designer Alan Wade saw 11 of the 37 starters jump clear at the 17,000-seater CenturyLink Center in Omaha, which is hosting the World Cup finals for the very first time.

American rider McLain Ward and HH Azur hold the lead after they jumped clear in 59.27, while Sweden’s Henrik von Eckermann is in second spot with Mary Lou. Switzerland’s Steve Guerdat, who is bidding for his third World Cup win in-a-row, is in third place with Bianca.

Lynch and All Star, who finished in third place in their qualifying league table on the road to the finals, finished fifth in the 2016 World Cup Jumping Final.

Four more rounds of jumping remain before the 2017 World Cup jumping champion will be crowned on Sunday.