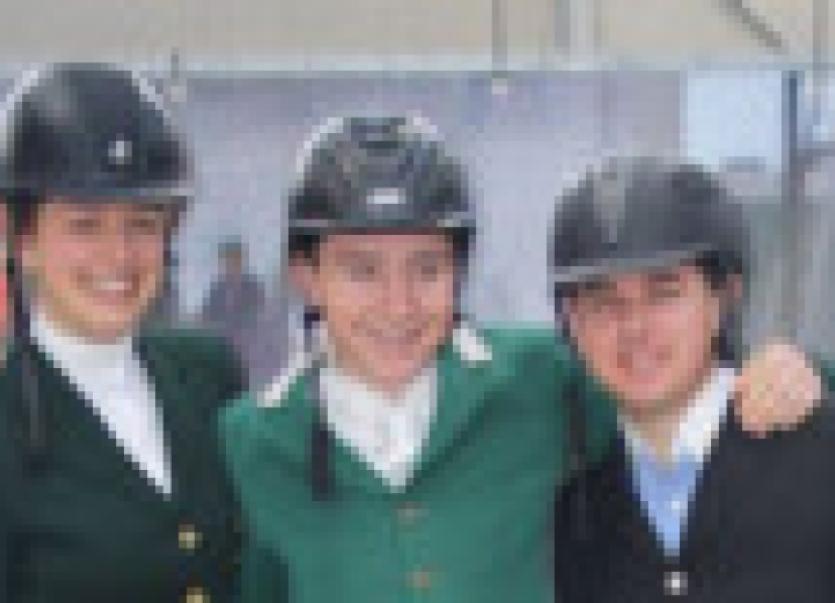 A young Tipperary man has won both individual and team gold medals at a top ranked world equestrian games event - and he finished runner up in another category to one of his Irish team mates.

A young Tipperary man has won both individual and team gold medals at a top ranked world equestrian games event - and he finished runner up in another category to one of his Irish team mates.

Peter O’Donnell from Cahir returned home from the Student Riders world finals in Belgium with two gold and one silver medal.

He was part of the three member Irish team which also included Melanie Young and Brian Morrison.

The Irish team enjoyed spectacular results at the finals in Belgium, winning the overall team championships, the overall individual title and the team and individual show jumping titles.

The Irish trio collected the Presidents’ Cup, which is the Overall Team Championship. The Championship is run over two disciplines - dressage and show jumping - on borrowed horses.

The team also won the trophy for the Overall Team Show Jumping Championship and finished second behind Germany in the Team Dressage Championships.

The two also battled it out in the Show Jumping Final, with Morrison this time taking the trophy in the 1m40 competition.

The championships were held at Aalter in Belgium, with 15 nations taking part. Based on results during the year the top six teams qualified for the Gold League, one of which was Ireland, and from there they went to become world team champions.

Peter O’Donnell (23), son of Peter and Rosemary, has been jumping since he was eight.

He inherited his love of ponies from his mother who has been involved in the sport most of her life.

Peter joined Tipperary Pony Club as a child and has also been involved in the sport since.

While a student at Rockwell College, he was a member of the school team that won an All Ireland showjumping title.

He qualified for the Student Games while studying Commerce in UCC.

He is now working in marketing in Dublin.

“This is further evidence of the talented young riders we have in Ireland. To win the team and individual title is a fantastic achievement.

In March, Ireland’s student riders will compete in the World University Equestrian Championships, which are held every two years and take place in Abu Dhabi in 2014.

In October 2013 Ireland had hosted a Student Riders Nations Cup in Ballindenisk, Co. Cork and was voted as the best event at the international student rider AGM.