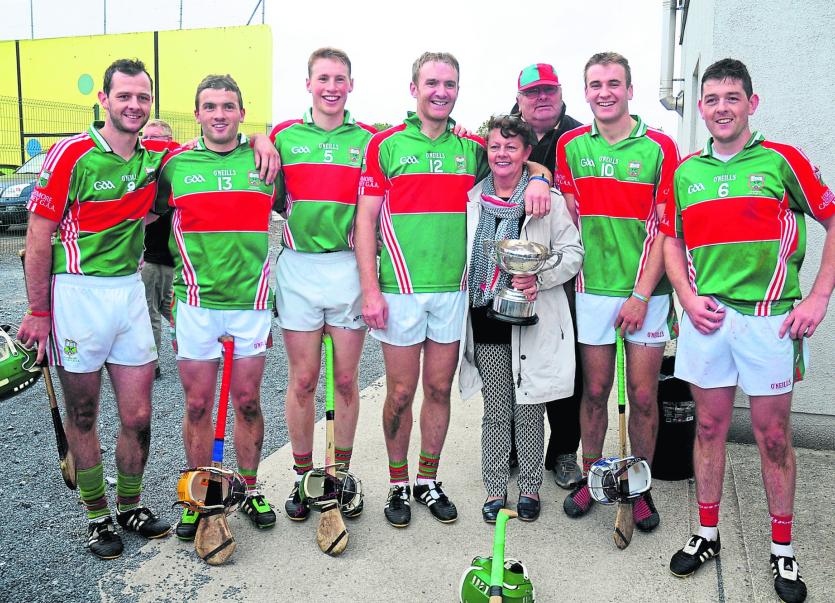 As reliable as a wood-burning stove Loughmore-Castleiney turned up in New Inn on Wednesday evening and did the business.

A mere three days after claiming the Mid Tipperary Senior Hurling Championship after extra-time Loughmore strode to a twelve-point win over Éire Óg Annacarty and duly claimed group three of the County Senior Football Championship - this result, however, places Éire Óg in a pickle; Annacarty must now win the West championship in order to fight their way back into county title contention.

Brian McGrath and Dónal O’Dwyer traded excellent points during the opening four minutes before Loughmore took complete control. Their patience on the ball and off it was something to behold. Indeed, Loughmore fired 0-8 without reply between the 13th and 22nd minutes. Cian Hennessey booted over two points, Brian McGrath converted a brace of frees and Lorcan Egan helped himself to another following excellent work from John McGrath while Liam McGrath landed two classy efforts. Loughmore could have surged further clear in the 21st minute, but Seán Breen did especially well to deflect John McGrath’s shot over the bar (0-9 to 0-1).

A Kevin Fox free brought twenty scoreless minutes to a close for Éire Óg while Fox then left six between them at the break following a one-two with Dónal O’Dwyer in the 30th minute (0-9 to 0-3).

The edge to Loughmore’s play appeared to have dissipate a little as the game progressed. Despite opening scores from Liam McGrath and Brian McGrath (free) Éire Óg were now a more significant force in this contest with Kevin Fox stroking over another free in the 35th minute. Loughmore had become a little sloppy in the tackle - they led the free count 10-1 as early as the 21st minute, but by the time Kevin Fox booted over another Éire Óg point from a placed ball in the 39th minute the free count stood at 12 apiece (full-time: 20-20).

You sensed, however, that Loughmore had a gear, or three, to go up should the need arise and with county senior football manager in attendance Liam McGrath notched an excellent solo effort in the 41st minute before Brian McGrath added a free; then came the turn of Noel McGrath to apply a simple finish following Cian Hennessy’s unselfish work in the 48th minute. It was Liam Treacy, however, who earned the warmest of applause in the 50th minute when he swung over an out-standing long-range point off the outside of his left boot. Shane Hennessy (free) and John McGrath concluded the scoring from a Loughmore point of view.

Éire Óg had the final say in the matter with points from Kevin Fox (free) and David Breen.