Loughmore through to county final after win over Carrick Davins 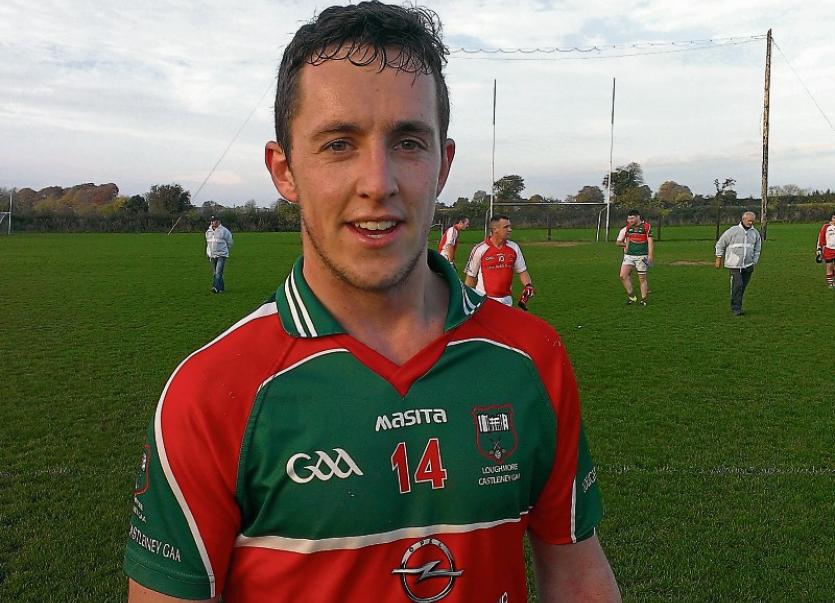 Loughmore/Castleiney junior footballers kicked off what they hope will be a super 24 hours for the Mid Tipperary club when they defeated Carrick Davins in the County Junior ‘A’ Football Championship semi-final at New Inn this afternoon.

With their first string due to play Moyle Rovers in the senior final in Cashel tomorrow, this victory for the juniors sets up the possibility of yet another amazing double for the famed Loughmore/Castleiney club.

The win puts them into their first junior county decider since 1978 when they defeated Newport in their 'spiritual home' in Cashel, and they will be hoping that Leahy Park will once again be a happy hunting ground from 2.30 pm onwards tomorrow.

Today’s game on a perfect autumnal day for football produced an entertaining encounter with the younger Loughmore side only grasping the initiative in the last 10 minutes, their youth and fitness obviously evident at that juncture against a tiring Carrick-on-Suir outfit.

In a close first half the sides were level on no less than six occasions and went to the break at 0-8 to 1-5, the game’s only goal coming as early as the fifth minute. After sharing points, a long ball in from Ray Cooke was gathered by Michael Hackett at the edge of the square and he blasted past Richie Maher for a 1-1 to 0-1 lead.

By half-time the Mid runners-up were back level thanks to the scoring of Tommy Maher (2) and Anthony Ryan (3) who were a threat all through the game.

With the breeze at their backs on the turnover Loughmore kicked on and three unanswered points inside six minutes from Padraig Egan, Anthony Ryan and Tommy Maher seemed to suggest they would have it all their own way to the end. But Davins found a second wind and a ‘45’ followed by a free both by Willie O’Dwyer and a superb effort from Pa Harris had parity restored midway through the second period at 0-11 to 1-8.

The game was then in the balance for a few minutes in which period Davins kicked three bad wides  that they would regret. It was only in the last 10 minutes that Loughmore eventually asserted their superiority to pull away.

They closed with five points without reply from Mark Butler, Tommy Maher, Brian McGrath, Diarmuid Brennan and Anthony Ryan to put a somewhat flattering look on the final scoreboard of Loughmore/Castleiney 0-16 Carrick Davins 1-8.

In the final they will meet the winners of Ballingarry v Clonoulty/Rossmore. Having won the senior hurling and football double in 2014, Loughmore/Castleiney will be hoping that both their football teams can capture county silverware this year, an achievement never before accomplished by the Mid Tipp side.