Clonmel students teach hurling skills to the Maori All Blacks 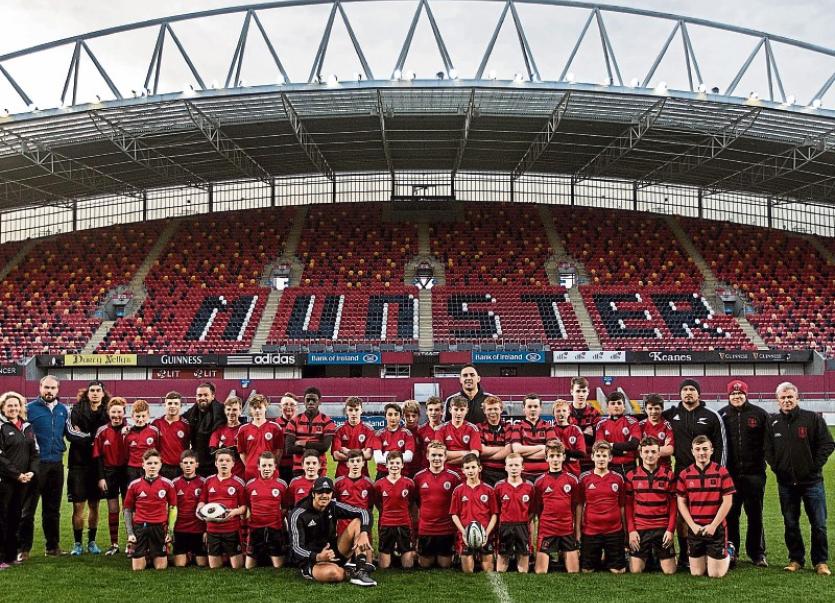 High School students and coaches with members of the Maori All Blacks.

On Wednesday last, Clonmel High School's U14 rugby team travelled to Thomond Park to train with the Maori All Blacks, following their success in a competition organised by Munster Rugby.

The boys had to submit a recording of themselves performing a Haka.

With entries from schools and clubs from across the province, the High School was selected for this prestigious prize.

Upon arrival, the team was escorted to the dressing room where they togged out in their High School jerseys. Munster and Ireland player Dave Foley, a past pupil of the High School, dropped in to congratulate the boys and wish them well in the future.

The boys then went onto the fabled Thomond Park pitch with the Maori All Black players and gave a stirring performance of their Haka to the backdrop of the West Stand.

It was spine tingling stuff!

All the Maori players, including Matt Proctor, Kara Pryor and Sean Wainui were very impressed by the High School's efforts. 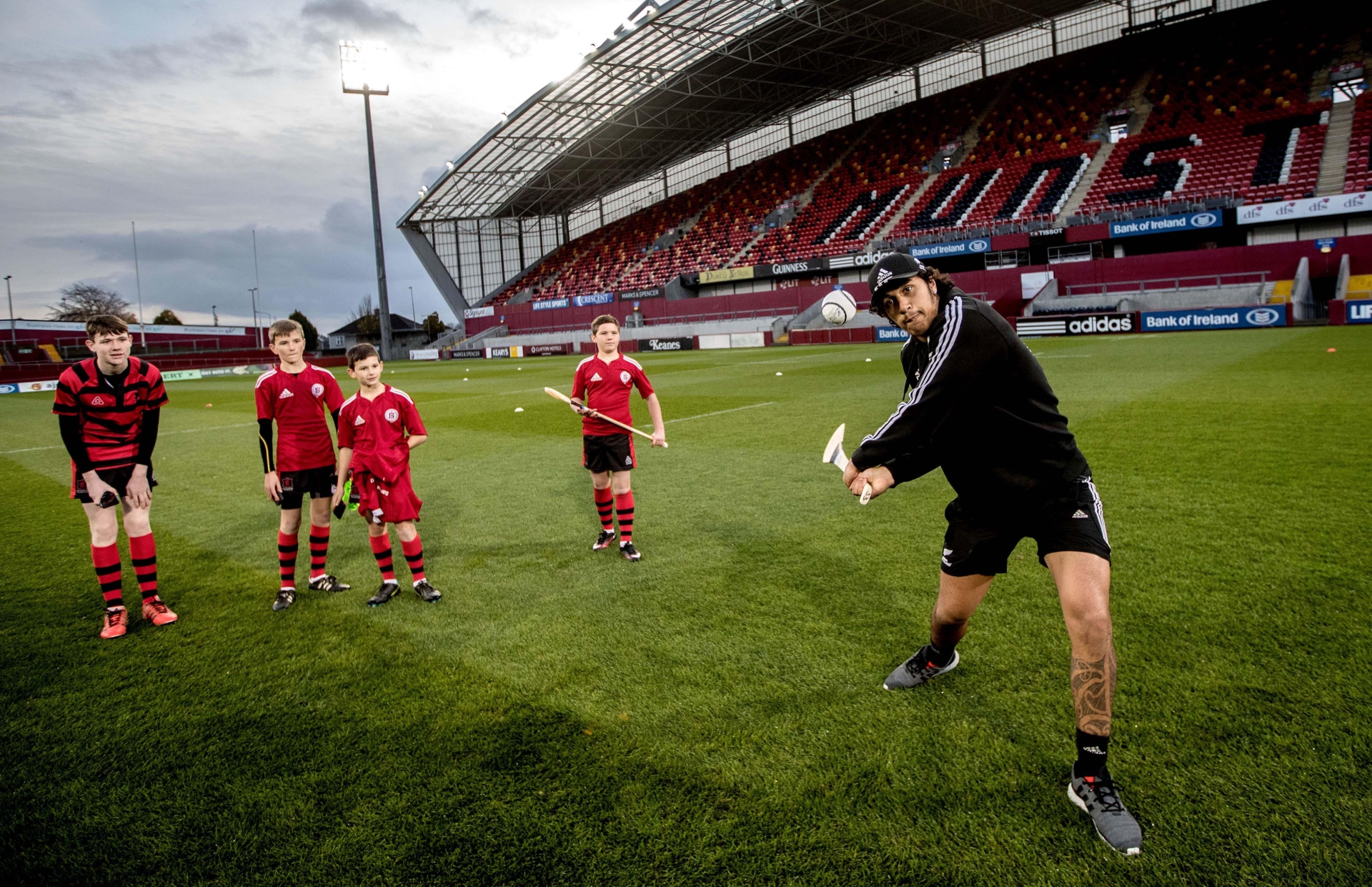 Indeed, High School's Taine Walters, who led the Haka, is a cousin to Kara Pryor.

Tiane's grandfather Muru Walters holds a points record for the Maori All Blacks.

The New Zealanders were very generous with their time, posing for photos, answering questions and signing autographs.

Always remaining faithful to their roots and traditions, the High School boys then gave the Maoris a few lessons in the game of hurling.

Craig Walters, Taine's dad, brought along some hurleys and sliothars, and perhaps for the first time in Thomond Park's history, the small ball was pucked through the famous posts.

Indeed, some of the All Blacks acquitted themselves quite well, showing some tasty wristwork.

The day ended with the boys participating in a rugby training session on the pitch.

Hopefully, it won't be the last time these players grace this legendary field; in time we may see some of them back in the red of Munster.

A sincere thank you to Munster Rugby and the Maori All Blacks for organising such a fantastic experience.

It is certainly something that will stay with these boys for a very long time.