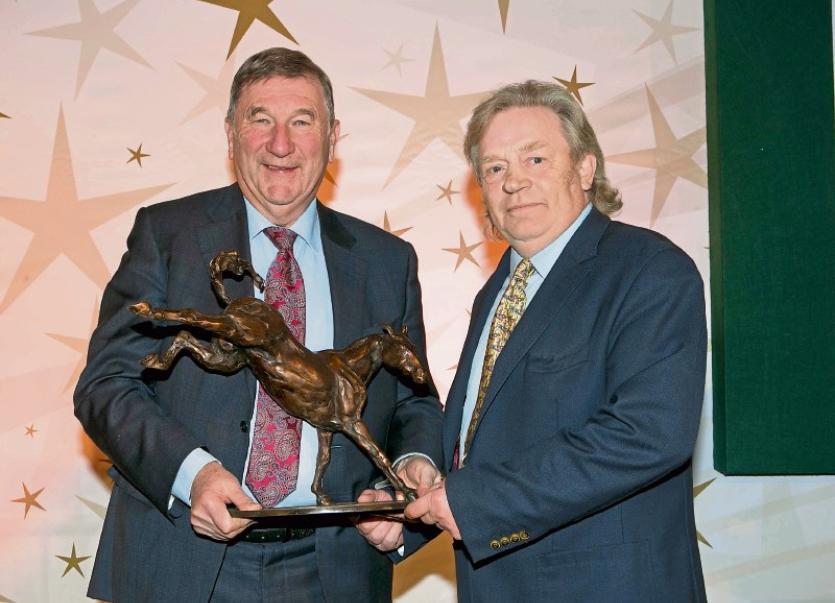 Two Tipperary-based trainers were among the award winners at the Horse Racing Ireland Awards at Leopardstown Racecourse today.

Fethard-based Mouse Morris picked up the Outstanding Achievement Award, the only award open to public vote.

Guest of honour at the ceremony was Minister of Agriculture, Food and the Marine, Michael Creed TD and guests were welcomed by Chairman of HRI, Joe Keeling.

The winners at the 14th annual awards ceremony were as follows:

• Horse of the Year Award: Minding

Aidan O’Brien won the Flat Award after a truly remarkable year where he enjoyed 22 Group or Grade 1 wins worldwide along with a 1-2-3 in both the Newmarket 1,000 Guineas and the Prix de l’Arc de Triomphe. Champion Trainer in Ireland once again with 117 victories, he was also Champion Trainer in Britain with 13 Group 1 victories alone. 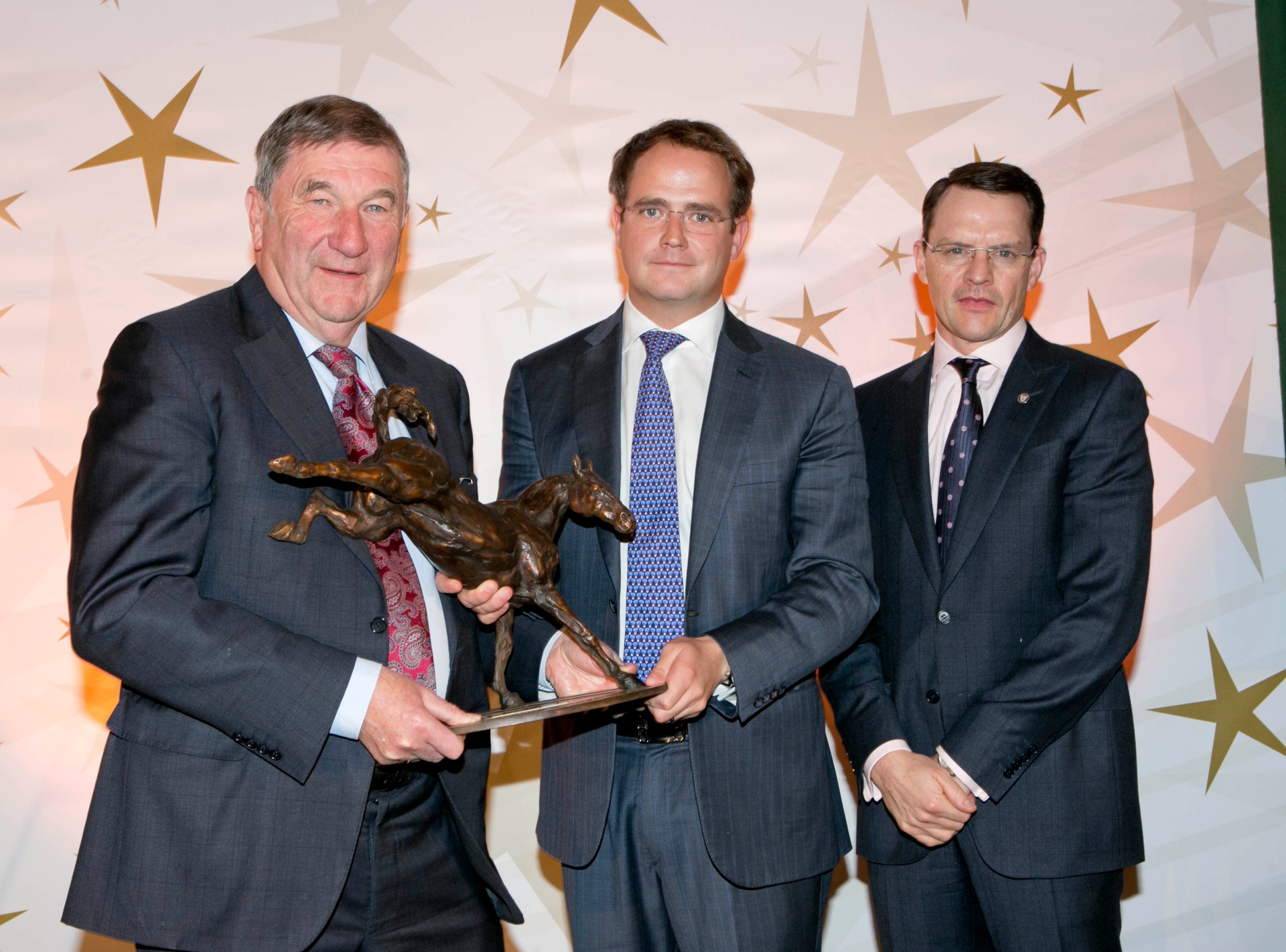 MV Magnier accepts the trophy for Horse of the Year, 'Minding', from Joe Keeling,

Horse of the Year, Minding, owned by Derrick Smith, Mrs John Magnier and Michael Tabor, won five of the seven Group 1 races she contested this year. She was successful in the 1,000 Guineas at Newmarket in May and the Epsom Oaks before taking the Pretty Polly Stakes at the Curragh, the Nassau Stakes at Goodwood and the Queen Elizabeth II Stakes at Ascot in October.

Joe Keeling, Chairman of HRI commented: “The Horse Racing Ireland Awards allow us to shine the spotlight on the amazing achievements in Irish racing throughout the year. As always, the standard of nominations was extremely high and I would like to congratulate the very worthy winners and wish everyone in the Irish racing industry continued success in 2017.”