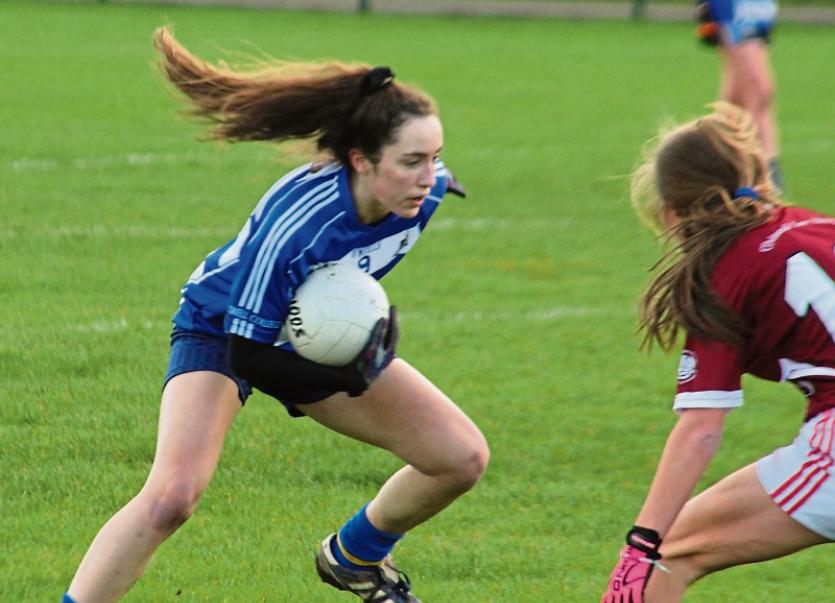 Rockwell College qualified for the Munster senior D ladies football final for the second year in a row when disposing of Meanscoil Ring, 2-9 to 1-4, with a workmanlike performance. Playing against the wind in the first half, Rockwell won a lot of possession around midfield through Kate Barlow, and worked nice ball through to the full forward line.

A dour Ring defence prevented the Rockwell forwards from capitalising. In the 7th minute a speculative kick from Eilish Kennedy went through the keeper’s hands to open the scoring. Rockwell had a second goal three minutes later through Laura Stocksborough who blasted to the top corner of the net, giving the keeper no chance.

Rockwell then scored a further three points through E. Kennedy, Roisin Finnane and K. Barlow before Meanscoil raised a flag with a goal and point just before half time to leave the score 2-3 to 1-1 in favour of Rockwell. 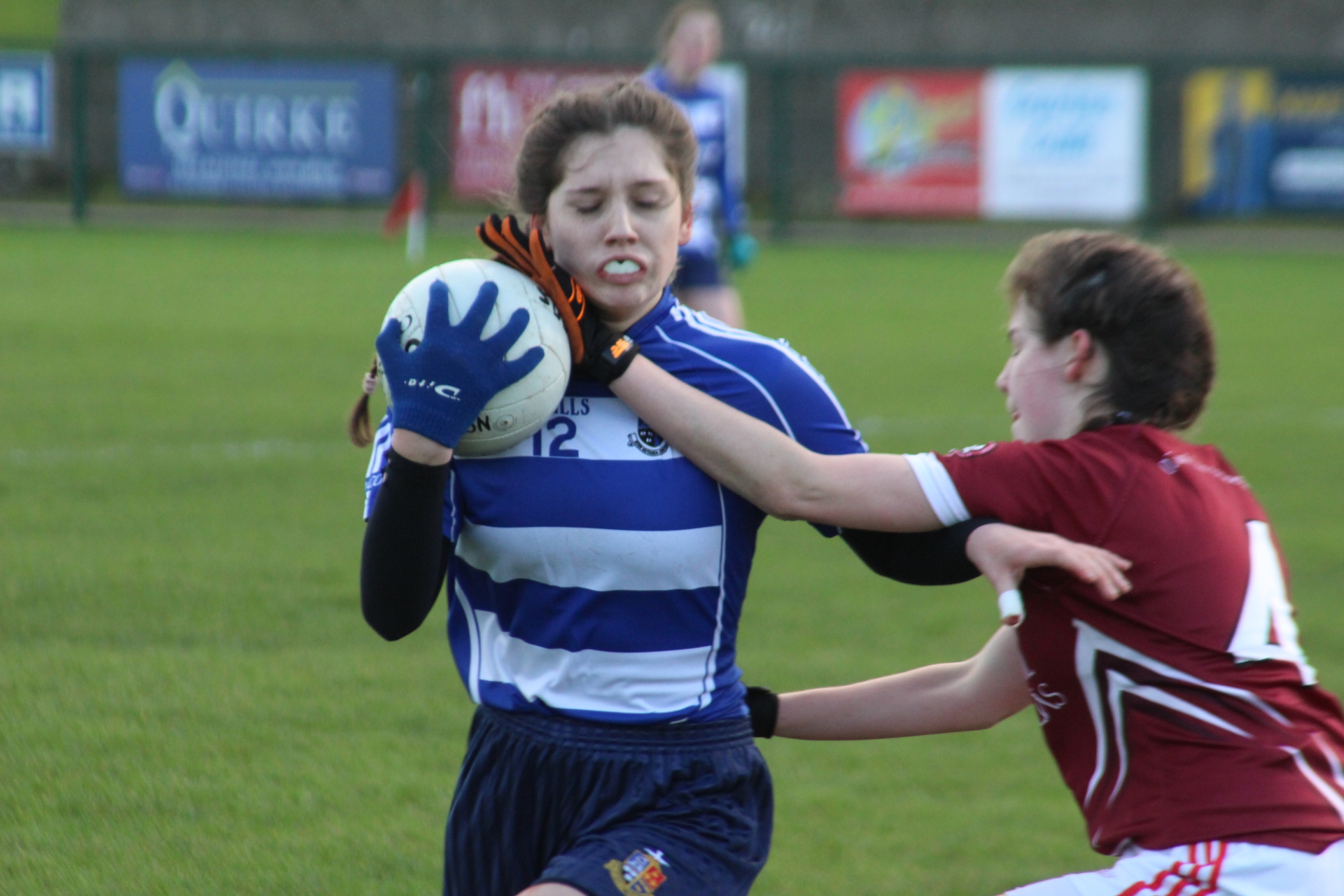 Playing against the breeze Ring slotted over the first point of the second half. Rockwell responded well with a dominant period of possession, scoring two points before Ring replied.

Rockwell was to squander a number of chances and it was not until the 24 th  minute that they scored again. Ring played some intricate football out the field and were able to cut gaps through the Rockwell half backline before meeting a stout defence of goalkeeper, Orla Cashman, Faye Dowling and Niamh Walsh.

The testing conditions told on the Ring players with a number going down with cramps. Rockwell closed out the match scoring a further three points. Others to stand out for the winners were Aoife O’Shaughnessy at centre back, Laura Morrissey, Roisin Finnane, Eilish Kennedy and Ellie O’Sullivan