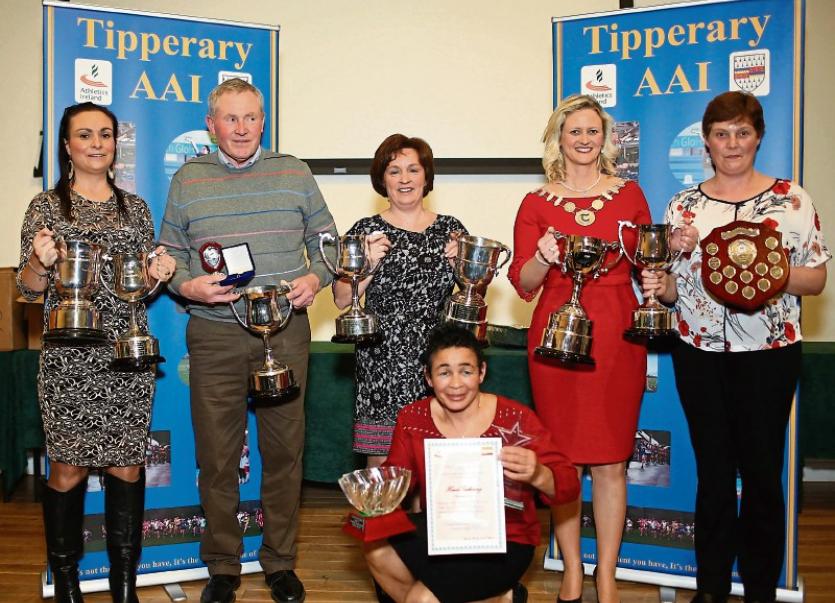 The Tipperary Athletics Star Awards Night was held with resounding success in the Horse & Jockey Hotel, on Saturday last.

A big gathering of Tipperary’s finest athletes were honoured on the night along with County Club winners of various Indoor, Track & Field, Cross Country & Road Championships throughout 2016.

Juvenile Track & Field Awards went to Miriam Daly, Carrick-On-Suir A.C. and Joseph McEvoy, Nenagh Olympic A.C., both having demonstrated their talent by excelling on the track in 2016 with numerous National titles, records and appearances for Ireland with Daly winning gold in the Celtic Games 80mH in a new record of 11.80 and gold in the 300mH and bronze in the 80mH at the Schools International Track and  Field Championships and McEvoy placing 3rd in the High Jump the same Championships.

Best Senior Athlete Awards went to Hazel Galloway, Clonmel A.C. and Stuart Moloney, Mooreabbey Milers A.C. who are both decorated athletes in terms of International appearances at Master level and are no strangers either to the National athletics scene.

Galloway represented Ireland at the European Indoor Masters Championships in Ancona, Italy in the W60 60m finishing 4th in 9.48 and 5th in the 200m in 32.43. 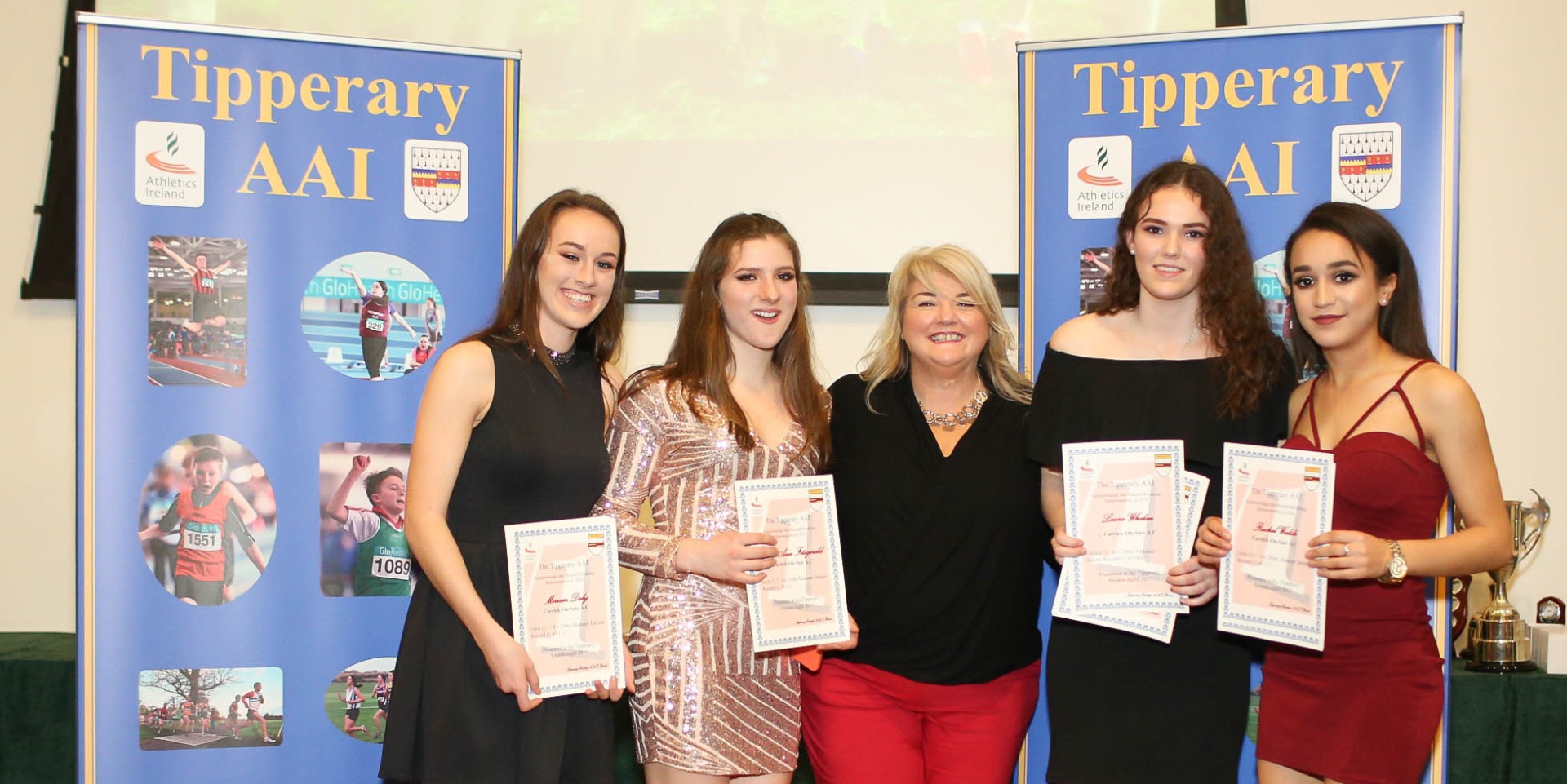 Not only did Moloney receive the Best Senior Male athlete award on the night for his exploits on the track, road and  cross country events but he also took away the International Award as well.

He travelled to Ancona, Italy in March to the European Masters Indoor Championships where he had an excellent competition in the 0/35 30000m to win bronze (8.46.71).

International Achievement Awards were also received by the following athletes:-

The “Hall of Fame” Award went to Breeda Christie, Tipperary Town A.C. Honorary Life President of Tipperary Athletics who has selflessly given more than 50  years of her life to athletics, volunteering in the community and the promotion of sports for young people.

An inspiration to the many people whose lives, octogenarian Breeda has touched over the years; the Hall of Fame award could not have gone to a better and more deserving person and she received it to a standing ovation.

Breeda is 86 years young and is still as actively involved at County level athletics as she was when she first started many years ago.

Breeda has officiated in many roles as an officer of the County Tipperary and  Munster Athletics Boards.

Indeed many an official has to run across the infield to keep up with her.