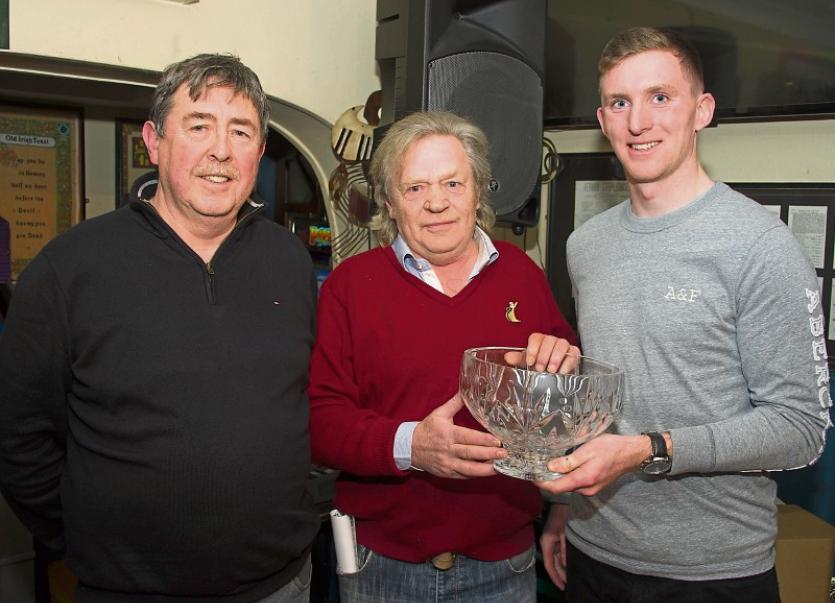 Racehorse trainer Mouse Morris added to his growing list of awards when he was honourd in his home town of Fethard.

The Everardsgrange trainer won the overall ‘Sporting Achievement of the Year' award at the Butlers Bar awards scheme.

In a remarkable 2016, Morris trained the winner of both the Irish and Aintree Grand Nationals.

He said he was delighted to be honourd and  thanked the people of Fethard for the tremendous reception he received on Main Street when he brought ‘Rule The World’ back home to  the town.

Butlers Bar picks a monthly sports winner and the annual winners are then honoured at t he end of the year.

Leah Coen accepts the Team of the Year award on behalf of under 14 ladies football from Seamus Kennedy.

Present to hand over the awards was All Ireland winning senior hurler from St. Mary's, Clonmel, Seamus Kennedy

Since last year two new categories were introduced for the annual award presentations, ‘Team of the Year’ and ‘Young Sportsperson of the Year’. 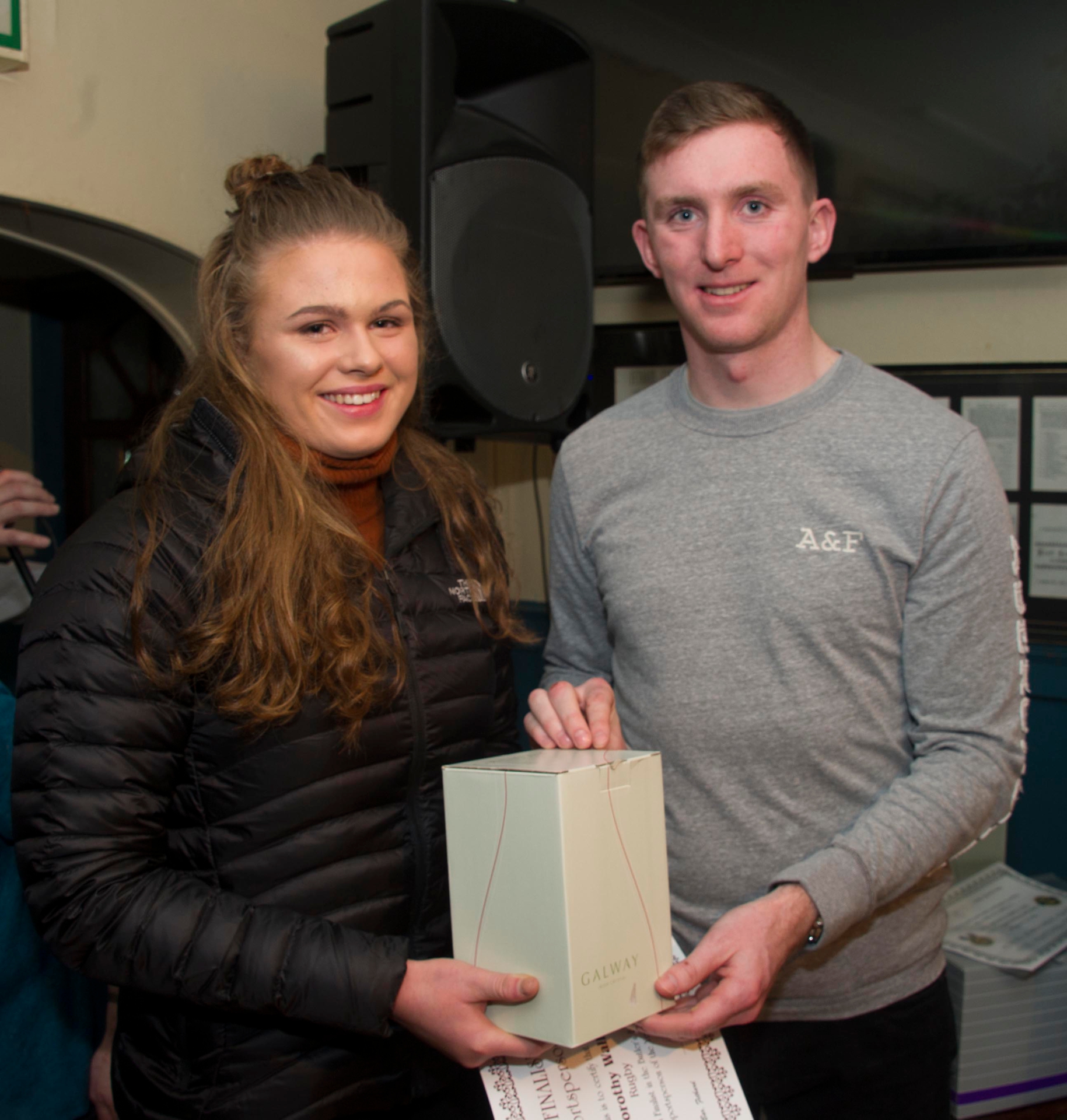 The award the ‘Team of the Year’ award – Fethard U12 Ladies Football – was presented to Leah Coen, who accepted the award on behalf of the team. The runner-up was Fethard Intermediate Football team, with team-member Chris Sheehan accepting the award. 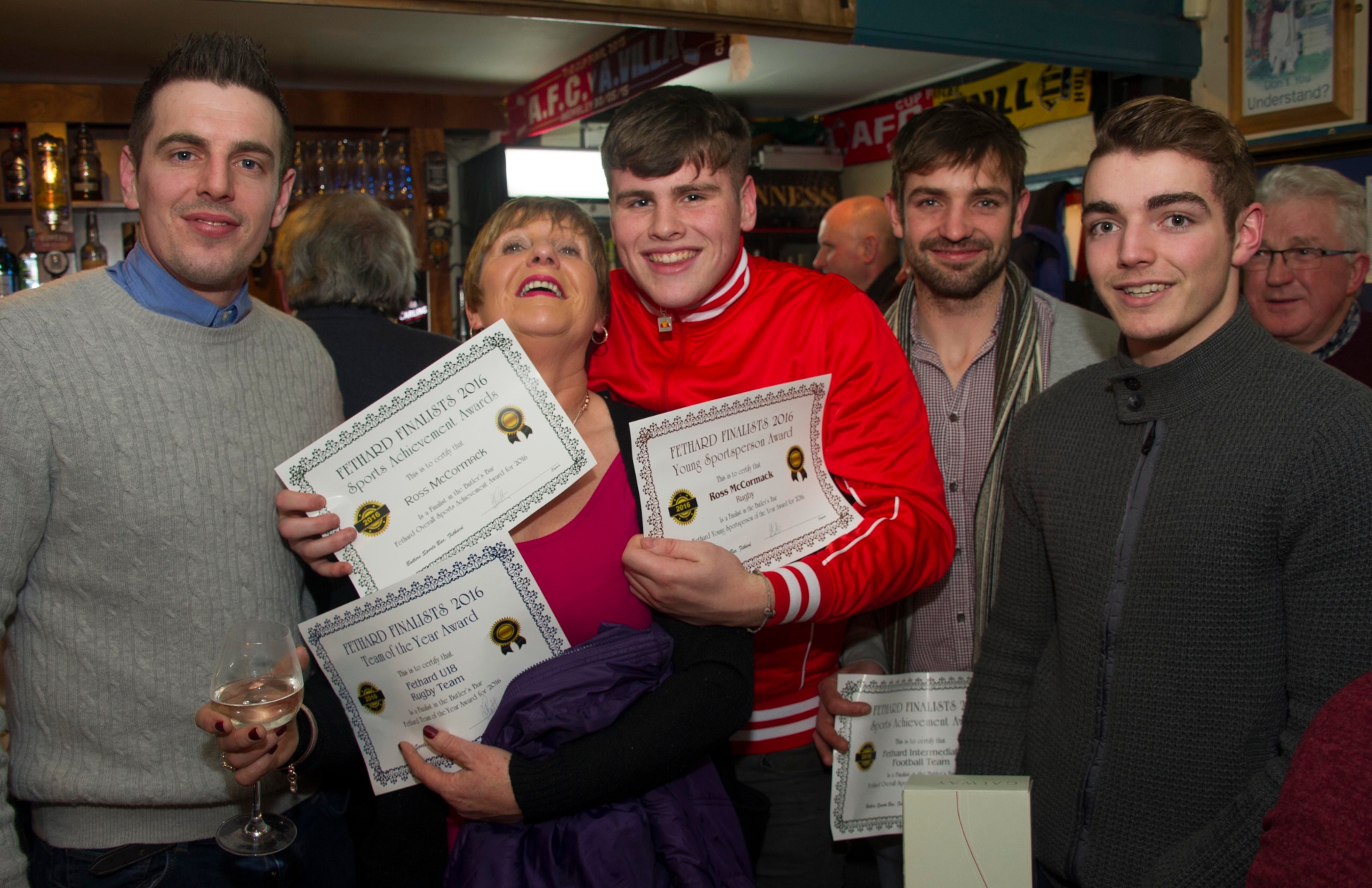 The winner, Ross McCormack, and runner-up, Dorothy Wall, are both rugby players and played for Munster in their respective teams. 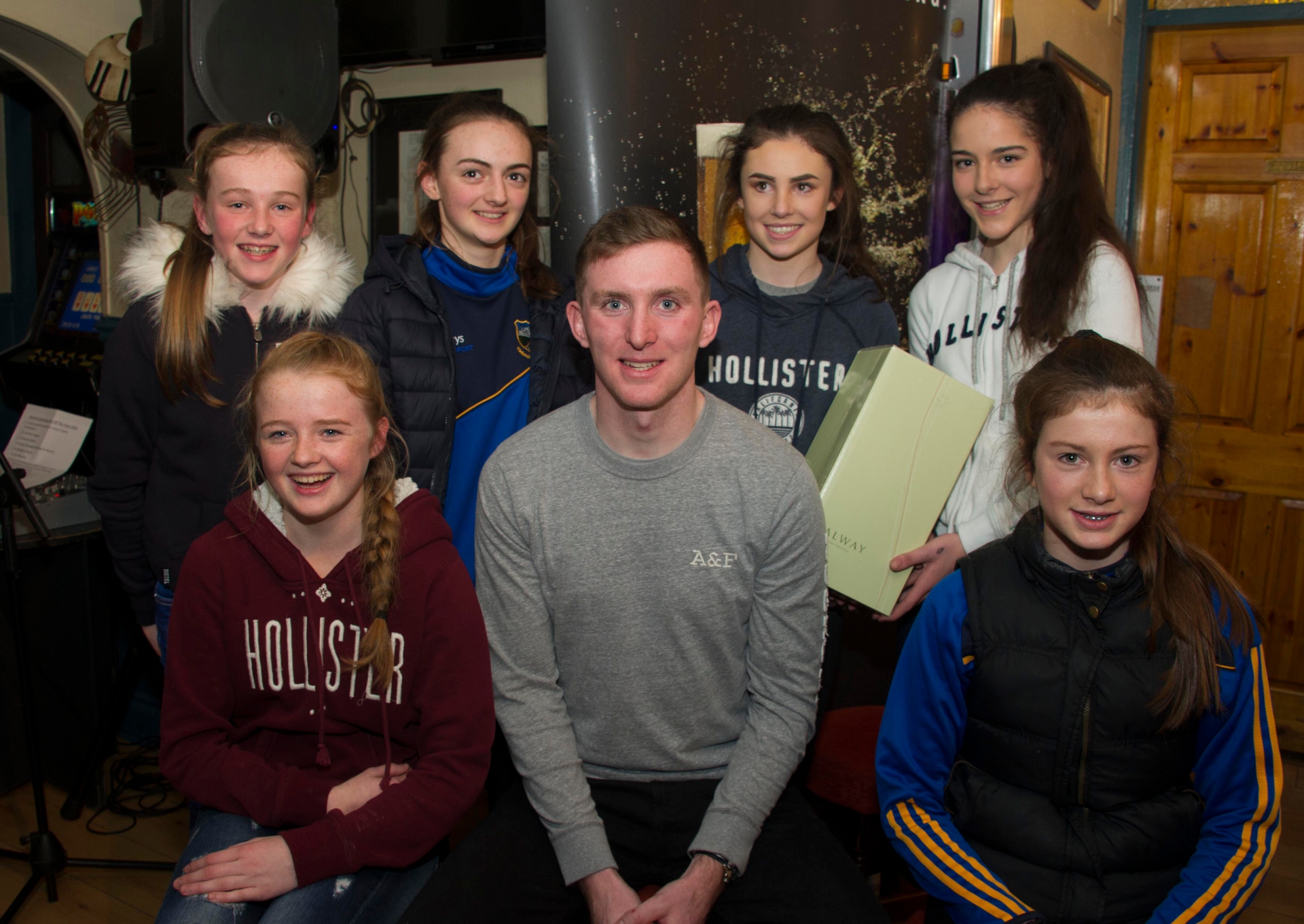