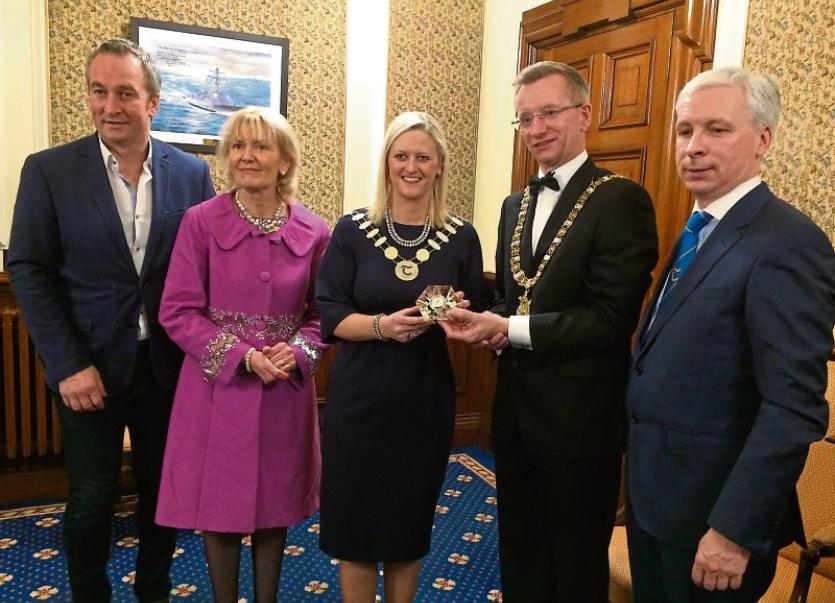 Billed as the kings of Irish hurling, the Tipperary hurlers were indeed feted like royalty in Belfast last weekend as they travelled North to participate in 'A Festival of Hurling' in honour of Fr. Alec Reid and what a weekend it was.

While hurling was the real winner, the 'Festival' was an outstanding success with tremendous receptions accorded to the Tipperary players and travelling delegation everywhere they went, something which the panel and management found quite astounding.

Young and old came from far and near to be part of this wonderful occasion, as the spirit of a universal, living and vibrant GAA family came together in unity to showcase what can be done as two proud counties honoured the life of one truly remarkable man.

As a builder of bridges, which was widely mentioned during the weekend, Fr. Alec Reid would no doubt have been pleased with how events unfolded over the course of the two days. 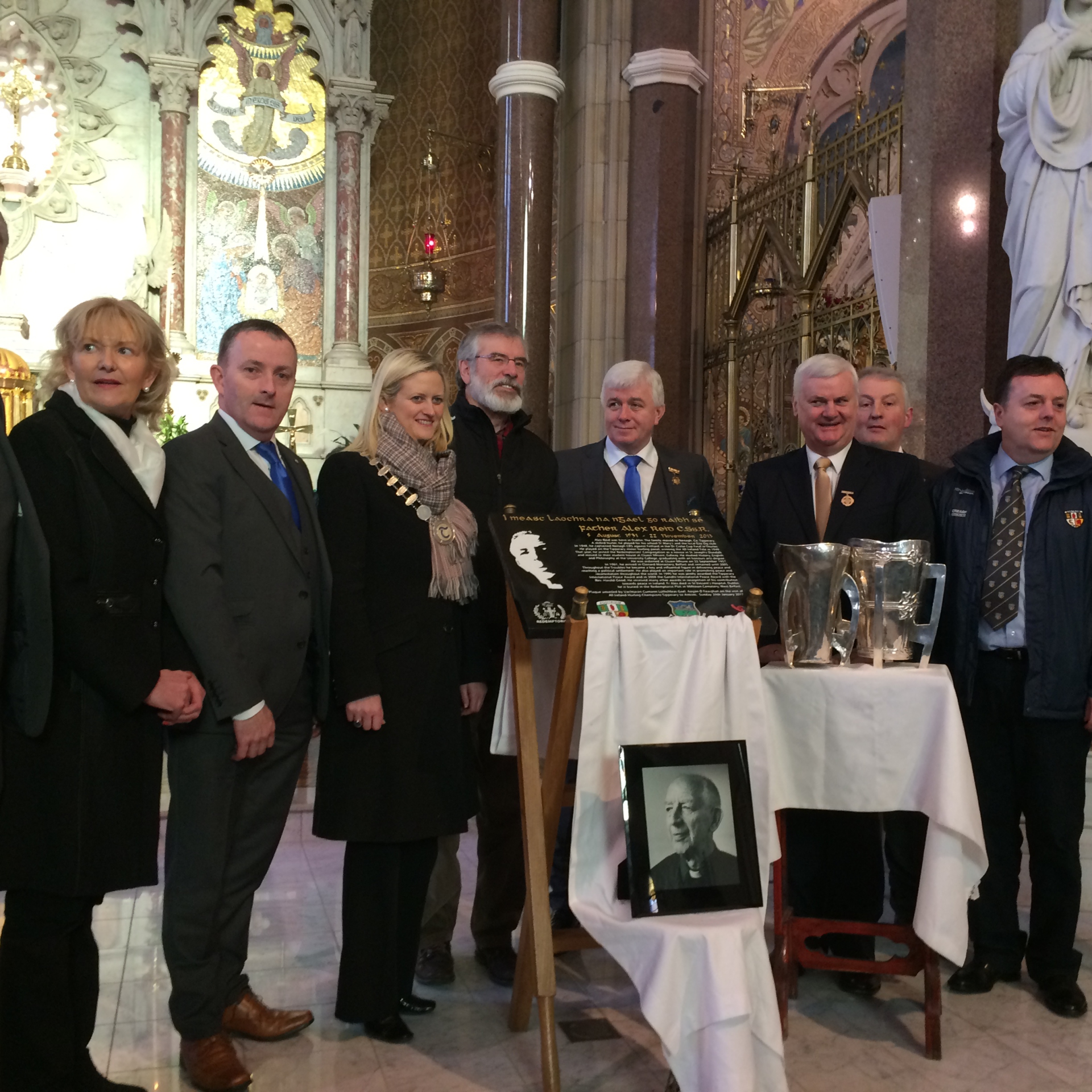 For their part both Tipperary and Antrim Co. Boards have to be credited too for the widespread acclamation on the outcome to proceedings. To that end, utmost praise must go to Frankie Quinn, Antrim Co. Secretary who liaised with his Tipperary counterpart Tim Floyd as the schedule was finalised for all involved.

On the ground Collie Donnelly, Chairman and Terry Reilly, Vice-Chairman Antrim Co. Board were waiting for the Tipperary team bus to arrive at Balmoral Hotel in West Belfast to get the weekend underway.

These two men epitomised what it meant to Antrim to host the All-Ireland champions for the weekend and their energy and enthusiasm was quite amazing and admirable.

First stop was the open training session at Woodlands as the huge attendance greeted excitedly the Tipperary players to this super facility. This was GAA community at its very best. The co-operation and co-ordination of the training was run with precision, ensuring every child or adult who wanted an autograph or photograph was allowed the time and opportunity to do so.

With only Patrick 'Bonner' Maher missing from the Tipperary training panel due to his tour of duty with the Irish Defence Forces, the Tipp team trained to the delight of the crowd, while the Liam MacCarthy Cup was on its own slow tour of duty of the facility under the watchful care of local steward Barbara (a huge Tipp fan) as it was photographed in hundreds of pairs of hands as all delighted in Liam's arrival as well.

Following the Tipp training session a special Cumann na mBunscol final for the perpetual Fr. Alec Reid Trophy was played out between Belfast and North Antrim where both sides lined out in the Tipperary and Antrim county colours.

In what was no doubt a very special occasion for these young players they then lined up in front of their Tipperary idols for a group photograph, a wonderful fitting to an excellent final.

For their part the Tipperary hurlers were fantastic GAA ambassadors who carried that mantle with unassuming ease, humility and respect.

They were only too delighted to oblige in whatever way they could to guarantee all requests asked of them were catered for.

Later that evening a delegation consisting of members of Tipperary and Antrim Co. Boards, the Tipperary hurling management and player representatives together with Siobhan Ambrose, Chairperson Tipperary Co. Council, Joe MacGrath CEO Tipperary Co. Council and Councillor Phil Bugler were accorded a reception in Belfast City Hall by the Lord Mayor of Belfast, the Right Honourable Brian Kingston in acknowledgement of the weekends festivities and of the work of Fr. Alec Reid.

Gifts were exchanged in what was a very special occasion towards the forging of relationships between the respective bodies.

Following on the next reception was in An Chulturlann which is in the heart of the Belfast Gaeltacht, where the guests were hosted to a dinner where Aisling Ní Labhraí, Curator of An Chulturlann welcomed all and introduced the guest speakers on the night, Collie Donnelly, Michael Bourke, Siobhan Ambrose, Fr. Michael Kelleher - Clonard Monastery and former Lord Mayor of Belfast Tom Hartley, also a historian, who gave a brief account of the life of Fr. Alec Reid. A busy day over it was time for rest.

On a bright Sunday morning with a frosty nip in the air, it was on the road early for the Tipp delegation for the first stop on the day to Casement Park for a pre-arranged photo shoot. In a symbolic gesture it is hoped this esteemed ground would be back hosting games, as it should, in the not too distant future once the much needed redevelopment can eventually get under way.

The highlight of the morning was the special mass in Clonard Monastery where an Uachtarán Cumann Lúthchleas Gael Aogán Ó Fearghail unveiled a specially commissioned plaque celebrating the life of Fr. Alec Reid which was presented to the Clonard Redemptorist order. The Tipperary players along with respective Co. Board officials, members of Nenagh Éire Óg GAA Club, joined locals in honour of Fr. Alec Reid as once again aspects of his life were recalled by Fr. Kelleher in the homily of the mass.

The desire for peace, building bridges and the breaking down of walls together with two simple yet enormously important words of 'thank you' were a few of the images of Fr. Alec framed in word by Fr. Michael.

Following a short break back at the hotel the final destination was to Corrigan Park where the packed attendance was awaiting the arrival of the All-Ireland champions to take on the home side in a hurling spectacle. Beneath an almost cloudless sky on a manicured surface the Antrim team formed a guard of honour and together with all spectators applauded the Tipperary players onto the field in what was an historic occasion. An entertaining match followed with some terrific scores and skill to delight the very appreciative attendance.

Post-match both sides and management mingled in the upstairs lobby before the Tipperary team and delegations departed for home taking with them wonderful and moving memories of Belfast and its GAA fraternity with friendships kindled, as in the true sense of Fr. Alec Reid new bridges were built between the two counties in true appreciation of a fantastic and tremendously rewarding weekend.

The warmth and generosity of the Belfast community is one to be treasured, valued and promoted as Fr. Alec would have truly wished it to be. Tipperary with Antrim has led the way, now it's for other counties to follow.

Thank you Belfast, thank you Antrim, just as Fr. Alec Reid would probably have finished too.