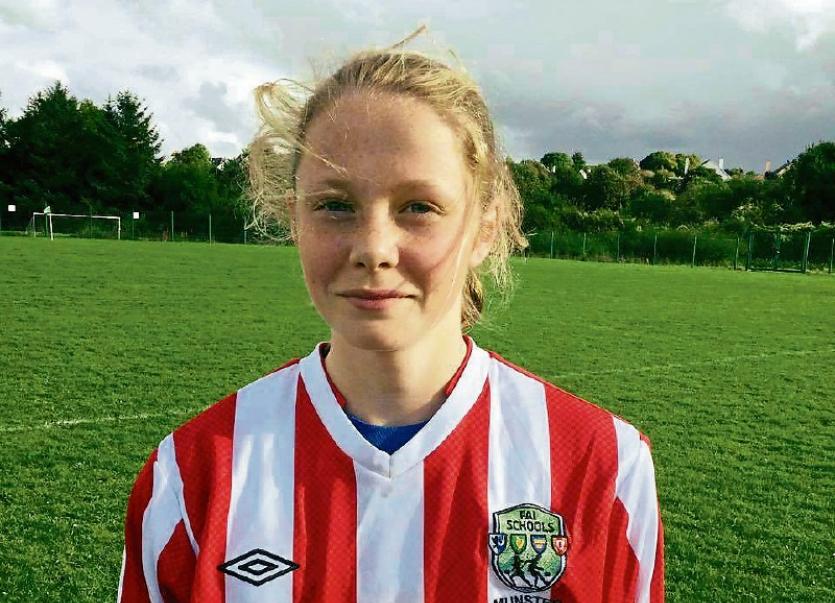 A first half hat trick by Allessia Mazzola fired Cashel Town Schoolgirls to the last 4 of this year's FAI u14 Cup in front of a huge crowd at Palmershill on Sunday.

The Tipperary girls asserted themselves from the start of the game and were full value for their lead when Mazzola hit the first goal after 15 mins.

A second five minutes later, and a third from the penalty spot just before the break gave Cashel a commanding lead.

The Dublin girls fought back in the second half and forced some good saves from Cashel keeper Cora O Shea, who was injured when bravely diving at the feet of a Kilnamanagh striker.

Her deputy Lucie Gilmartin was just as good when she replaced her.

The game was assured fifteen minutes from time when star midfielder Emer McCarthy curled a delicious shot from the end line over the opposing keeper’s head, and although the Dublin girls got a very late consolation goal, the result was never in doubt.