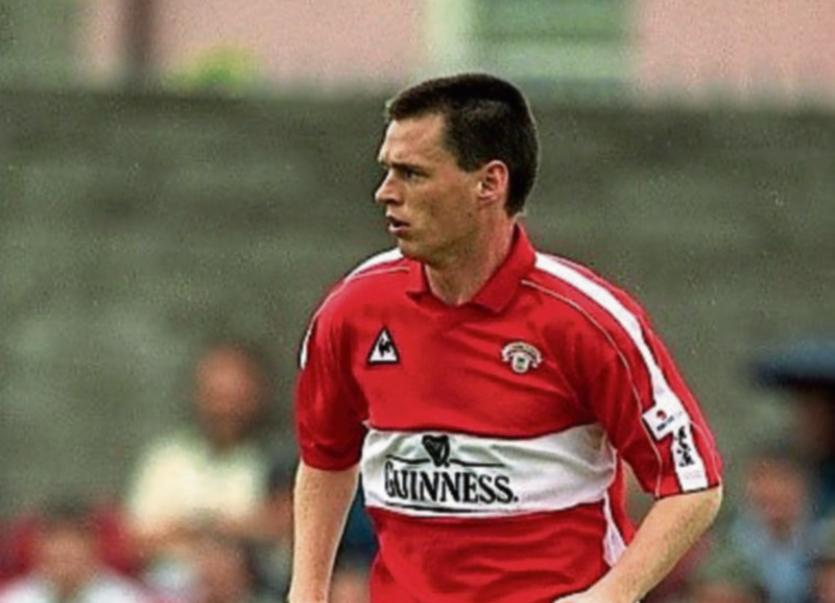 Cork City FC inducted Stephen Napier from Clonmel in to their Hall of Fame at an awards ceremony held in Cork.

John Caulfield the current Cork City manager and former team mate of Stephen was on hand to present the award and also provide some kind words detailing the great career of one of City's servants.

Stephen make his League of Ireland debut for Waterford United  in the FAI cup at the very young age of 16 which was quickly followed by a move to Middlesbrough FC.

In the early nineties Stephen returned to Ireland to play for Cork City at a very exciting time for the club. A pre season trip to a prestigious football tournament in China got the team ready for European football where the European giants of Bayern Munich were faced in the European Cup. Stephen starred in both games which saw Cork City draw 1-1 at home  in what is still regarded as one of the best results of an Irish team ever.

Stephen experienced other great European nights against Galatassaray of Turkey, Slavia Prague and trips to Sweden and Latvia followed. 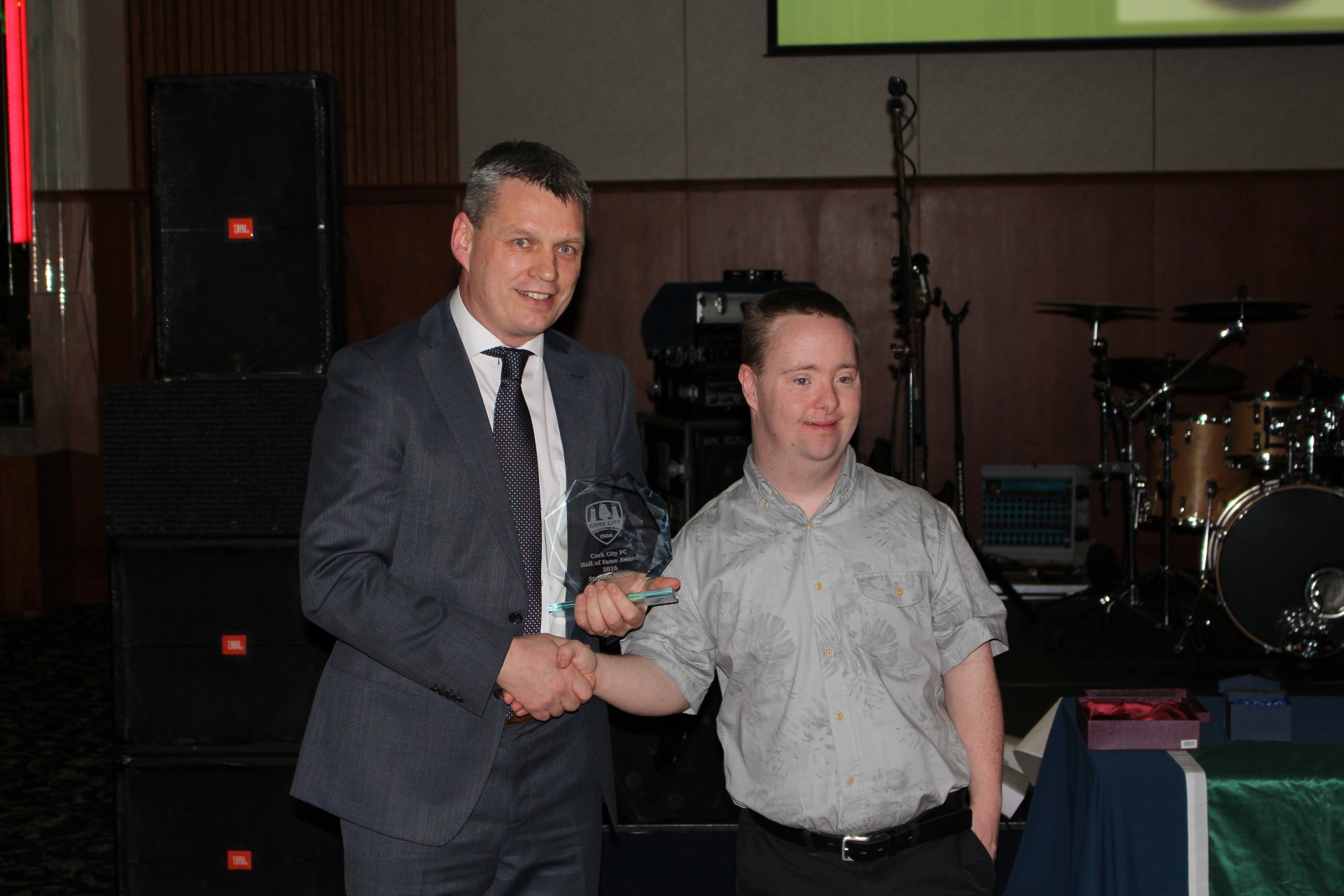 Stephen went on to win every honor in senior football winning the League, Cup and League Cup in over 300 appearances for the club.

In 1998 he was joined by two other proud Tipperary men Ollie Cahill and Kelvin Flanagan when bringing the FAI Cup back to Leeside after many years.

Stephen also enjoyed a two year spell at Dundalk FC and was voted the supporters player of the year at both clubs which is a huge achievement to gain at the two biggest clubs in the country.

Stephen represented Ireland at all ages from from schoolboy to U-21 and in 1995 he captained Ireland at the World Student games in Japan.

He has played with some great Cork City players some of whom have moved on to have professional careers such as Kevin Doyle and Damien Delaney who is still currently playing in the Premiership.

The "Cork City Official Supporters Club Hall of Fame" was inaugurated in 2006 and each year a club legend is voted by the supporters to be inducted.

2016 was a big year for City winning the FAI Cup and at their Cup celebration night Stephen was voted as the supporters choice which meant so much to him and his family.

Stephen now spends his football time looking after the young players in Clonmel Town schoolboy football club where is is happy to pass on his many years of experience to the young and upcoming players.