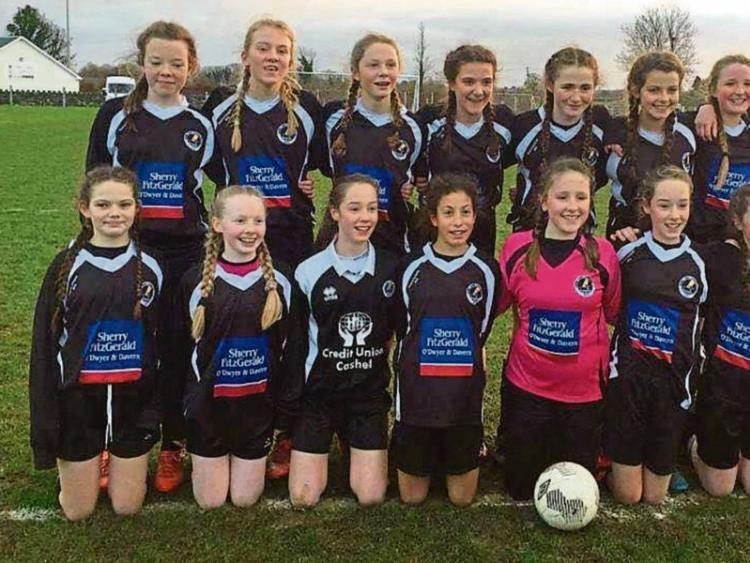 Cashel Town Schoolgirls bowed out of the FAI U14 Cup at the semi-final stage on Sunday afternoon, losing to a last minute goal in extra time against top Dublin side Kilmore Celtic.

The Tippperary girls put in a fantastic performance in front of a huge crowd in Cashel, in the only game of football to survive the weather this weekend.

It could have been better as the Cashel girls at one stage held a two goal lead, but to the Dublin girls’ credit they fought back to draw the game and send it to extra time.

The game ebbed and flowed in the extra time but Kilmore managed to advance when they scored in the last minute of the added time.

After being awarded a free kick thirty yards out, confusion reigned when the game stopped as they replaced their goalkeeper in expectation of penalties.

The long delay had an effect on the Cashel girls’ concentration, and when the kick was finally taken it came back off the post and fell for a Kilmore striker to fire home from six yards out.

It was a cruel blow, but the Cashel side can hold their heads high in defeat and on this performance, it won’t be long before we see these girls at the latter stages of these competitions in the future.

Full match report in The Nationalist on sale this Wednesday.