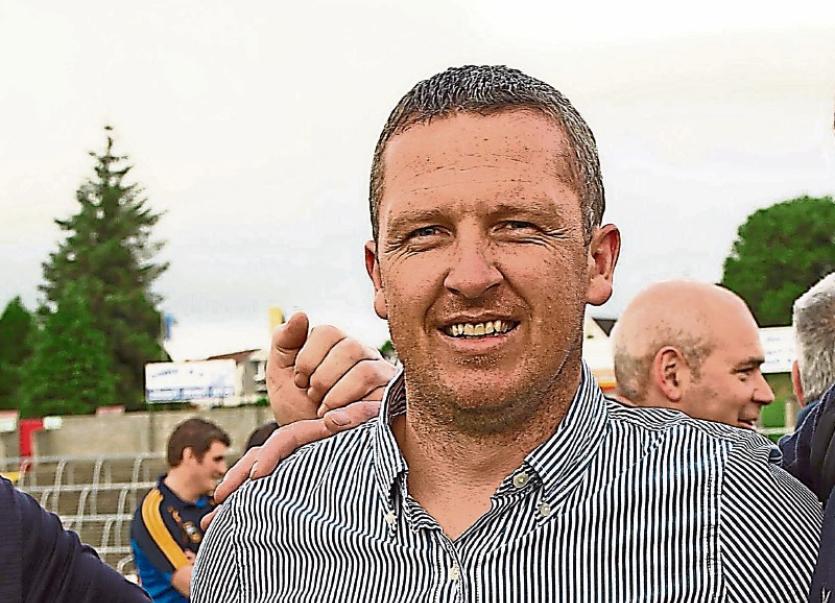 Declan Browne was unhappy with the performance of Kerry referee Sean Joy after his Tipperary team were beaten by Limerick in the Munster U-21 Football Championship quarter-final on Wednesday evening.

Manager Declan Browne didn't mince his words after his team lost to Limerick by two points (0-16 to 0-14) after extra time in the Munster U-21 Football Championship quarter-final at the Gaelic Grounds on Wednesday evening.

"Listen, I'm not a controversial man or anything like that but I just think the referee (Kerry's Sean Joy) was cat and that's being honest.

I know Limerick will probably say the same, but let's call a spade a spade. I hope he'll watch the video and has a look at it and see who assesses him and see what they do.

Listen, we lost the game, I've had defeats like that before and I've no problem taking a defeat, but if it's as bad as what it looked like to me... where do these lads get the games".

He said it wasn't just the black cards the referee had shown but "everything".

In the course of an eventful game the Kerry official issued Tipp's Emmet Moloney with his second yellow card, followed by a red card, a minute and-a-half into the second half.

Then Tipp's Jack Kennedy received a black card near the end of the first half of additional time.

Tipp sub Jordan Moloney received a black card at the start of the second half of extra time, which meant that Tipp finished the game with fourteen men as they had used all their substitutes by that stage.

Finally, Limerick's Michael Donovan received a black card in the 80th and final minute, shortly after he had kicked his team into the lead.

"It's not sour grapes either and I'm not like that but it just has to be said", stated Declan Browne. "Limerick had a few bad decisions against them as well. People might say you'll get sanctioned, or this and that but that's it. We're gone out of the championship so it's all the one really.

Jack Kennedy, who received a black card, had the near hand in..but that's for ye guys to write about.

It's unfortunate, the lads gave it their all, the same with Limerick, it was tough on anyone to lose.

Both teams gave everything, no one deserved to lose it but where did the one minutes and twenty seconds come from at the end of normal time (on the top of the five additional minutes that had been signalled)", he asked.

"They're the little things but listen, someone will dissect that somewhere down the line. People will say it's sour grapes on my behalf and if they want to say that they can.

The way football is gone now systems are there, there are so many teams bringing back players. We went out with no player back, we didn't want to play a sweeper but it was created by default because they had a sweeper.

When we were down a man (for most of the second half of normal time) it was just abandon ship and off you go and let them play football, and they played it.

I know it's easy to say but I thought we were the better team, but the scoreboard doesn't lie.

To kick those points that Limerick scored to win the game what can you do, you just applaud that. That's brilliant, that last score to win it, looking at it you would say why is he even winding up (for a shot) and then he met it on the sweet spot.

To lose games like that there's nothing you can do, you can't say you defended badly or it was because of a referee's decision or this and that, that was a fabulous point".

He said that Paudie Feehan was "completely spent" when he was taken off, "and we left him on probably six or seven minutes longer than we should have had but he said he'd empty the tank for us and he did, he was a minor last year, he was immense.

There are only four or five of the players on the age this year, they are very young, and purposely this year we brought in ten of last year's minors to carry them forward for next year's U-20 team.

We had a system in place but the powers that-be decided on that (the knockout system in the championship) and it is what it is.

I was proud of the team, it looked there for a while as if it could go away from us big time but we dug deep, and young John Lyons came on there, a minor last year again, and doing the Leaving Cert.

To do that stuff, that gives you great hope for the future and they're a great bunch, they're used to playing in the Croke Parks and the Killarneys of this world, and I'm glad they left everything out on the field", he added.