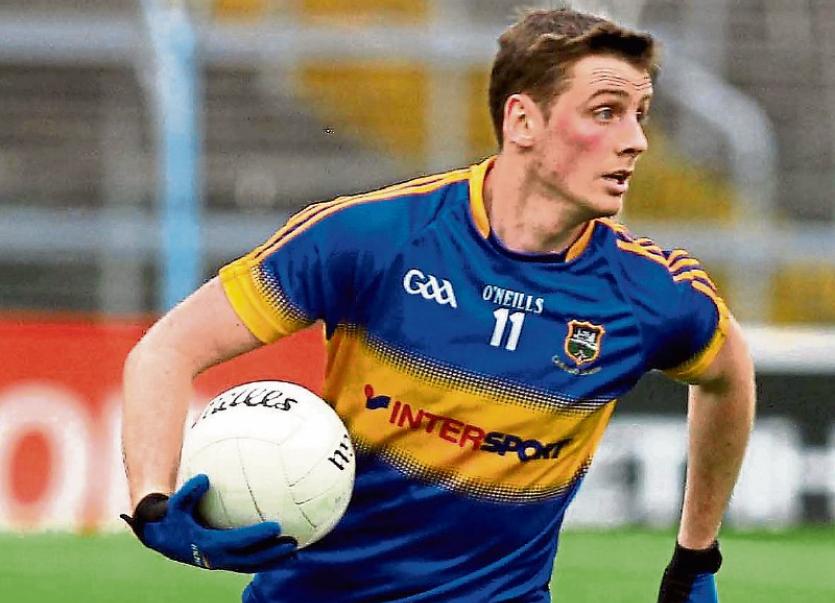 Conor Sweeney scored goals in each half as Tipperary beat Longford.

Tipperary footballers kept their promotion hopes alive and moved second in the table with a convincing 3-17 to 0-18 win over Longford at Semple Stadium this evening.

The week's delay since last weekend's postponed fixture didn't trouble Tipperary as they were the better side throughout.

Two goals from the impressive Conor Sweeney set Tipp on their way to victory. The Ballyporeen man was in imperious form, hitting 2-7 with just three from frees.

Sweeney has maintained the form that helped Tipp reach the All Ireland semi-final last year and is a key cog in the team's machine.

Equally impressive was All Star Michael Quinlivan and while these two are on form, the Tipp attack carries real menace.

Two early goals set the team on their way. They came from Sweeney and Jimmy Feehan and set the home side up for a 2-10 to 0-12 half time lead.

The goals proved a huge boost to Tipperary and they looked to be heading for a big win but the Leinster side clawed their way back with some good point-taking and were still well in the game at just four points adrift at the break.

But impressive Tipperary maintained the pressure in the second half and always kept in front.

Sweeney's second goal proved crucial as the footballers got the home crowd in good voice before the hurlers took on Kilkenny.

Team captain Brian Fox  led by example with Kevin O'Halloran also impressing while Liam McGrath made an impact when introduced.

It's Offaly up next for Tipperary with a game against table toppers Louth to follow. But for now it's job done for the footballers.

And now it's over to the hurlers at the Stadium!