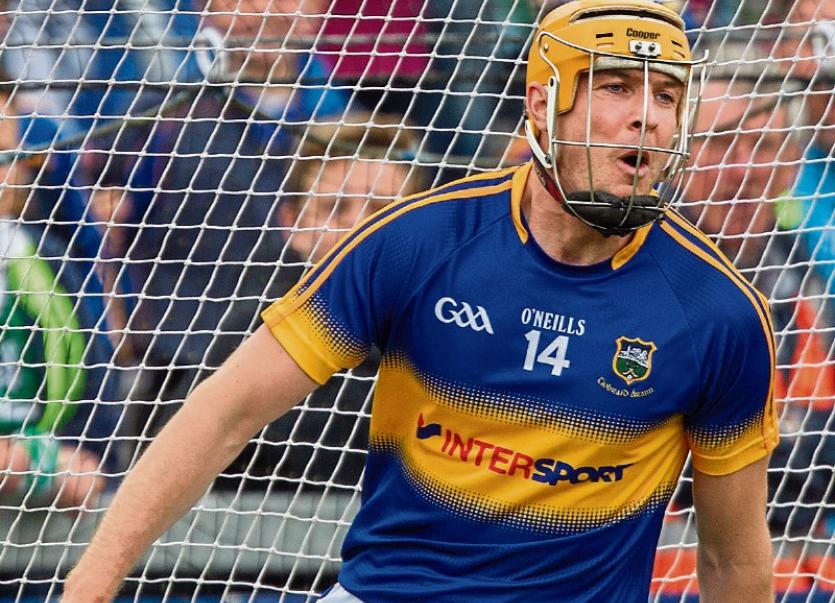 Seamus Callanan proved a handful for the Offaly defence.

It's Tipperary versus Wexford in the National Hurling League semi-final on Easter Sunday.

Tipperary enjoyed their expected big win over Offaly at Tullamore but Davy Fitzgerald's Wexford caused the shock of the day with victory over Kilkenny.

The Tipp v Wexford game will revive memories of some memorable league clashes between the sides in years gone by.

Michael Ryan wasn't taking any chances against the minnows of the quarter finalists and sent out twelve of his All Ireland winning side in Tullamore.

And their class showed through despite a spirited effort from Offaly who will be happy with their 3-13 against the All Ireland champions.

A repeat of the remarkable clash between Tipperary and Kilkenny in Semple Stadium two weeks ago might have been expected by many  if the two sides reached the last four.

But Wexford scuppered that plan with a stunning win in Nowlan Park, 2-18 to 0-19.

The Cats generally get the goals needed to win but this time Wexford got the important scores to put one over their Leinster neighbours.

It might be a different semi-final than many Tipp fans were expecting but one suspects it will be no less demanding against a hugely improved Wexford.

In the other games Galway beat Waterford, 2-22 to 2-19, and Limerick edged out Cork, 1-20 to 1-18, with the Tribesmen and the Treatymen meeting in the other semi-final.