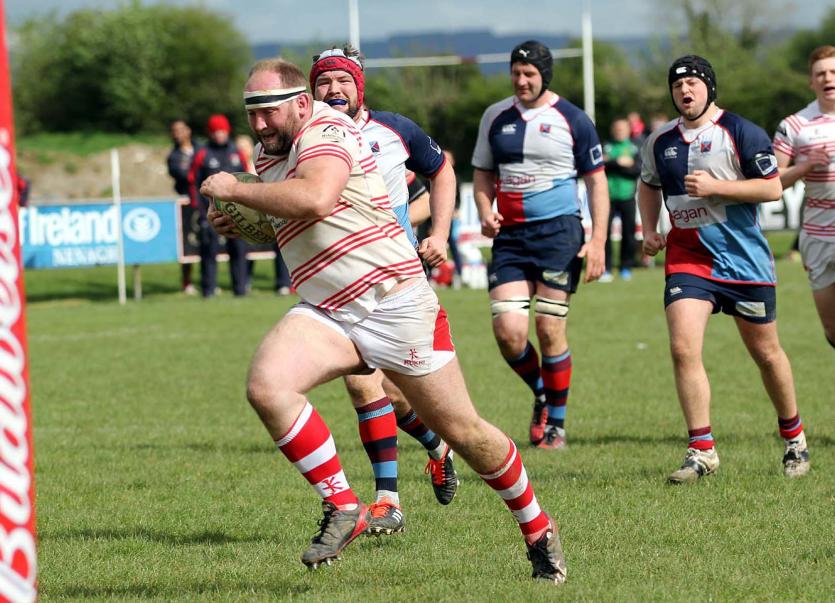 A heroic Nenagh Ormond team fought their way into the Ulster Bank League division 1B-2A play-off final when seeing off the challenge of Highfield on Saturday afternoon - Nenagh Ormond will now face Dolpin in the final on Saturday, April 29th in Cork with a spot in division 1B up for grabs.

Having endured a reasonably disappointing conclusion to the division 2A season Nenagh Ormond found themselves pitted against Highfield in Cork on Saturday in a play-off semi-final - Nenagh finished third in the table behind second-placed Highfield and champions Banbridge who were automatically promoted to division 1B.

And, Nenagh Ormond struggled to make an impression against Highfield. Indeed, the Cork side led 6-0 at the break and 9-0 in the second half before a converted Clayton Stewart try roused the Nenagh lads. The Kiwi out-half then booted Nenagh into the lead before another Stewart penalty sealed a famous 13-9 win.

Dolphin finished second from bottom in division 1B and in the play-off semi-final on Saturday the Cork side beat division 2A’s Malone 20-8 having led 13-3 at the break.

Nenagh Ormond will enter the play-off final against Dolphin at Musgrave Park on April 29th as distinct underdogs - Dolphin, for instance, saw off a Malone team which beat Nenagh twice this season (31-35 in Belfast and 29-22 at New Ormond Park).

Dolphin also finished their division 1B campaign in terrific form - the Cork side won five of their last six games and even though they beat Shannon comprehensively (24-11) in February the Limerick side managed to cling on to their division 1B status.

The team is captained by 23-year-old second-row Kevin O’Flaherty while featuring New Zealander Clayton Stewart at out-half, Conor Muldoon at hooker and an excellent partnership in midfield with William O’Connor and Derek Corcoran who in terrific form this season. And, the Nenagh Ormond back row, of course, features Lemeki Viapulu.

The town of Nenagh is immensely proud of this team’s exploits and next Saturday’s play-off final is sure to attract a large number of supporters from north Tipperary.