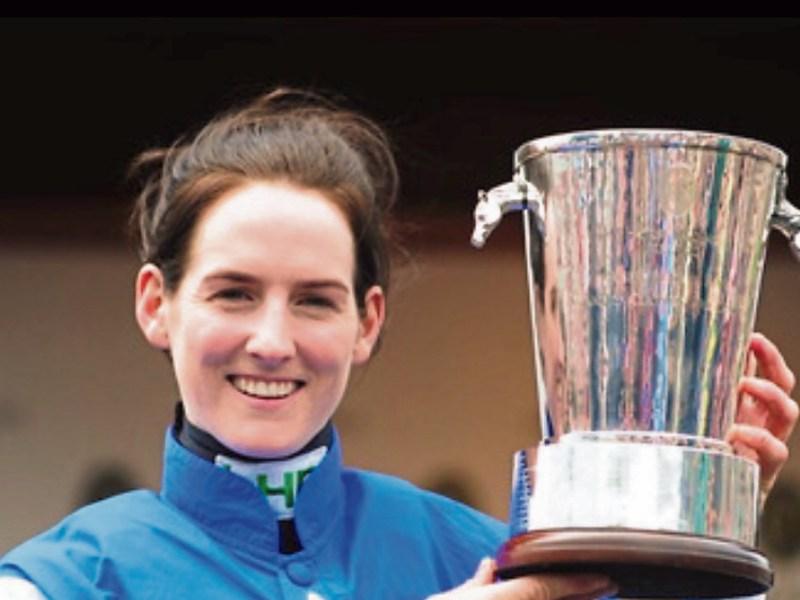 Rachael Blackmore with her trophy.

And pride of place goes to Tipperary's Rachael Blackmore who won the Conditional Riders' title.

Rachael is the first female jockey to win the title.

From Killenaule, she only turned professional in March of 2015 and enjoyed her most notable success of the season at Naas in March when she landed the Ladbrokes Leinster National Handicap Chase on the Ellmarie Holden-trained Abolitionist.

The former student at Loreto Secondary School, Clonmel rode 11 point-to-point winners and seven winners as an amateur rider before turning professional in March, 2015.

One of only two female professional National Hunt jockeys in Ireland, Blackmore gained her first success in the paid ranks when Most Honourable, trained by ‘Shark’ Hanlon, was a winner at Clonmel on September 3rd of the same year.

Hanlon had also provided Blackmore with her initial success as an amateur rider when Stowaway Pearl won at Thurles on February 10th, 2011. 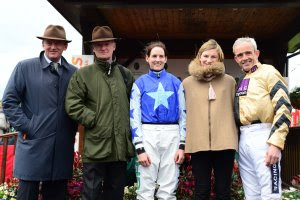 For the fifth time, Gigginstown House Stud has won the Champion Owner title. Willie Mullins got the better of Gordon Elliott in a tremendous battle, that went down to the final day of the season, to be crowned Champion Trainer and the title of Champion Amateur Rider also went down to the wire with Jamie Codd edging out Patrick Mullins, in the last race of the season, by one winner. Ruby Walsh is Champion Jockey for a record 12th time.