Who will win this weekend's games? 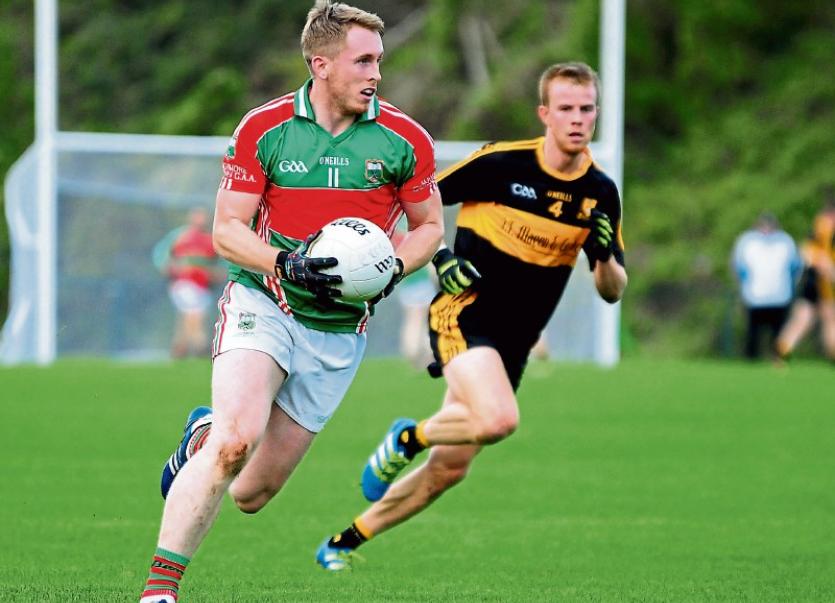 The Tipperary Senior Football Championship for 2017 kicks-off this weekend with all 16 senior teams in action in the four groups.

The road to winning the O’Dwyer Cup can be a complicated journey as it runs parallel with the divisional championships, but the four-team groups offer all clubs a direct route to the quarter-finals, if they top their group. Team who finish second in their group are guaranteed a last 12 place (preliminary quarter-finals spot for group runners up). Sounds complicated already, before we even go near the separate divisional championships which are also a route to winning the county title.

The four groups are as follows.

The championship opens up on Friday night (tonight) at Golden when reigning county champions, Loughmore/Castleiney, begin their quest for an unprecedented three-in-a-row of titles. Loughmore, a dual club, like their opponents, Eire Og Annacarty/Donohill, backboned by the all the McGraths, Liam Treacy, John Meagher and the rest, should be too strong for the West Tipp team. Verdict: Loughmore/Castleiney.

On Saturday at Sean Treacy Park in Tipperary Town, Upperchurch/Drombane and Ballyporeen will meet in Group 4. Led by county player Conor Sweeney who put in a magnificent “real man of the match” performance in the Division 3 final at Croke Park recently against Louth, the South Tipp side should just about shade this one. Upperchurch/Drombane, traditionally a hurling club, have been making good strides in football in the past few years appearing in some underage county finals, but the breakthrough at senior level may have to wait. Verdict: Ballyporeen.

The second game on Saturday is at Clonmel Sportsfield between last year’s county intermediate champions Fethard and Arravale Rovers in Group 2. “The Blues” who won a memorable final against Golden/Kilfeacle to regain their senior status have been doing well in preparation for their upgrading but one would imagine that the boys from West Tipp will be more than a match. Arravale Rovers have been desperately trying to win a county senior football title since their last success in 1985, and if they are in the right frame of mind for this game should prevail against a young Fethard team trying to find their way away again at the top table. Verdict: Arravale Rovers.

There is a double header in New Inn on Sunday.

First up is the Group 3 clash of Galtee Rovers and Ardfinnan. The Bansha boys are definitely on the up and will be boosted by a county minor win last year when they combined with Golden. They are forever around the fringes of quarter-finals and semi-finals at senior level and may kick on this year. Ardfinnan have been finding the going tough for the past few years and staying at senior level has been a fight. The mixture of experience and youth gives the nod to to the West Tipp side. Verdict: Galtee Rovers.

The second of the two games at New Inn puts South Division sides Clonmel Commercials and Cahir together. Munster club champions in 2014, Commercials are a team with an abundance of talent to pull from with numerous underage titles won over recent years. Cahir, unlucky to lose a county final in a replay to Loughmore on St. Stephen’s Day in 2015, are going through a tough patch at present trying to replace many stalwarts who have retired or moved elsewhere. With or without All-Star Michael Quinlivan, one would expect Commercials to have the measure of Cahir in this one. Verdict: Clonmel Commercials.

Templetuohy on Sunday evening will host the Group 1 all Mid Tipp clash of Drom/Inch and JK Brackens. Better known as a hurling stronghold, Drom/Inch have shot up the rankings in Tipp football in recent years with underage success, and depending on the availability of their hurlers will be expected to edge out the Templemore side, but there won’t be much in it. Verdict: Drom/Inch.

At Monroe on Sunday evening also in Group 1 Kilsheelan/Kilcash and Killenaule will clash. Regarded as the best “outside” bet to capture the county title, Kilsheelan with players of the calibre of Bill and Paul Maher, Evan Comerford, the Kehoes, Brendan Martin, Mark Stokes, etc., to call on might have too much class for ‘The Robins.’ But you are always guaranteed a tough challenge in either code against Killenaule and in Paddy Codd, Kieran Bergin, John O’Dwyer, the Doyles, Killenaule have some fine footballers also. Close but Kilsheelan just about. Verdict: Kilsheelan/Kilcash.

Finally, on Sunday evening in Cahir, there is the Group 2 game between Moyle Rovers and Aherlow Gaels. These two have been hopping off each other in the last three county championships with little if anything ever between them. Minus their inspirational leader and former county captain Peter Acheson, the Monroe side are trying to re-establish their strength and might be going in the right direction with minor and under 21 divisional titles under wraps already this year. Aherlow as always will be led in attack by Barry Grogan but are teak tough throughout and always had to break down. A hesistant nod then for the Powerstown/Lisronagh club. Verdict: Moyle Rovers.