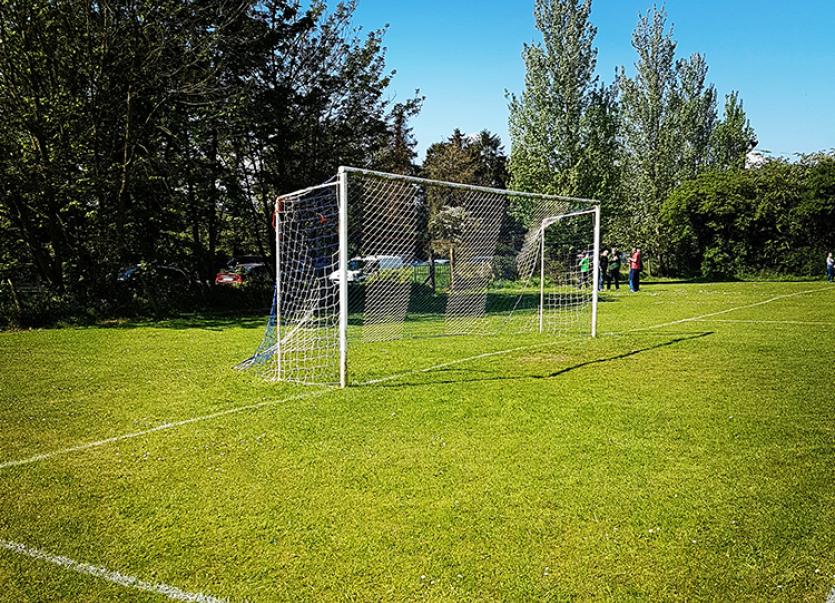 On Sunday Nenagh AFC missed out on the Limerick District League Premier League title by a single point to Janesboro. On Thursday evening the Blues beat ‘Boro 2-0 at Pearse Stadium, Janesboro to force the title race to the final day.

And, the terms and conditions on Sunday were clear: Nenagh AFC required a win over Carew Park at Islandbawn, Nenagh and then hoped that Aisling Annacotty could get a result against Janesboro. Nenagh AFC held up their end of the bargain when beating Carew Park 2-1, but Janesboro clung for a 3-2 win over Aisling to seal the league title.

Irrespective of that fact Nenagh AFC narrowly failed to realise their dream of landing an historic league title they still have plenty to celebrate - the Blues have been excellent this season.

On Thursday evening, for instance, Nenagh AFC played terrifically well away to the champions elect. In the most trying of circumstances Nenagh AFC played football, took the game to Janesboro and took the lead thanks to a right-footed Barry Coffey finish before Nathan Kelly lashed the killer goal into the roof of the net. That result ensured that Nenagh AFC completed the league double over Janesboro (Nenagh beat Janesboro 2-1 at Brickfields in November).

It is ironic that Nenagh AFC’s two-one win over Janesboro propelled the Tipperary side to the summit of a division which features acclaimed clubs like Pike Rovers, Fairview Rangers, Ballynanty Rovers and Geraldines. In 2012, for instance, Nenagh AFC became the first North Tipperary & District League side to qualify for the Munster Junior Cup final (a competition inaugurated in 1922), but found themselves beaten by Janesboro at Cooke Park, Tipperary Town. Such experiences forced Nenagh AFC to consider broader horizons as the club suffered from a lack of competition domestically.

On Sunday afternoon at Islandbawn Carew Park made life as awkward as possible for Nenagh AFC - the defending champions dropped to the edge of their eighteen-yard box and worked hard to frustrate the Blues’ attack. And, Carew Park’s approach worked a real treat. Indeed, Mike Ahern’s men took the lead in the 24th minute when Kieran Hanlon cracked a brilliant opening goal into Aaron Savage’s top corner.

Nenagh AFC struggled to create any real chance of note in the opening half, but improved significantly following the half-time interval with Ryan Gilmartin coming agonizingly close to notching an equalizer in the both the 52nd and 57th minutes.

The introduction of sixteen-year-old Barry Coffey in the 68th minute added another dimension to Nenagh’s approach play with the Glasgow-bound youngster going close in the 70th and 76th minutes.

Nenagh AFC happened upon a little good fortune in the 85th minute when the Carew Park ‘keeper misjudged a Jordan Lewis delivery and managed to spill the right-backs cross into his own net. In injury time Barry Coffey fired the ball home from an offside position and Ben Banaghan cracked an effort off the crossbar as the home side desperately sought a late winner, but there was still time for the Blues to grab a goal. And, that goal materialized in the 96th minute when Ryan Gilmartin fired a terrific left-footed effort into the top corner.

The Blues then endured an agonizing wait for the final result from Janesboro’s clash with Aisling Annacotty at Pearse Stadium. When the news broke that Janesboro had won 3-2 the Nenagh AFC players were understandably heart-broken, but this group of Blues should feel more than proud of their achievements this season. Indeed, Nenagh AFC still have the Lawson Cup to play for and are scheduled to face off against Carew Park in the semi-finals on Sunday, May 14th (away).