Disaster for Galtee Rovers with goal conceded within first minute 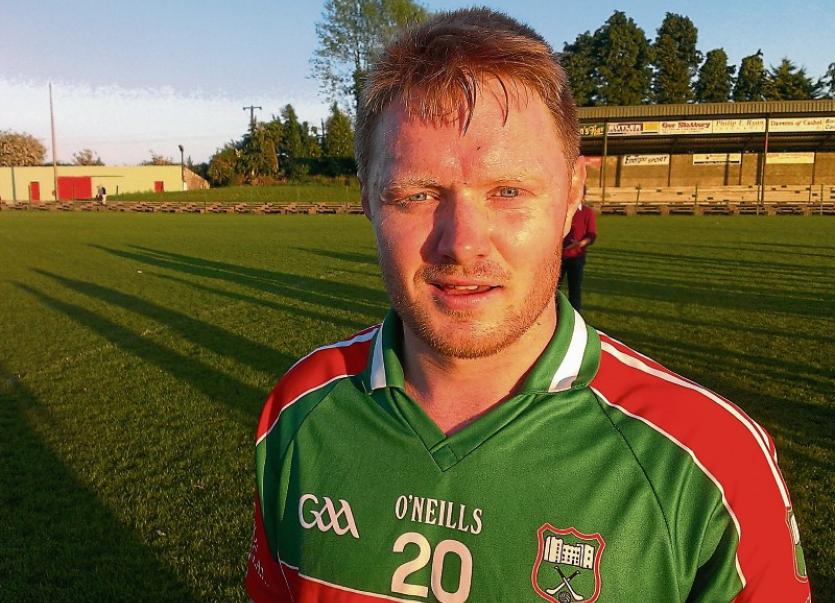 Eamonn Connolly who banged in a goal for the champions Loughmore/Castleiney inside the first minute.

Without ever having to hit top gear, county football champions Loughmore/Castleiney began their title defence with a comfortable win over Galtee Rovers at Leahy Park, Cashel this evening.

Bidding for a fourth title in five years, the Mid men got off to a dream start with a goal inside a minute to make Bansha’s already huge challenge all the more daunting. A move up the right wing involving Aidan McGrath and Cian Hennessy saw an effort at a point drop short but somehow the Galtee keeper, Callum Fanning, only managed to parry it out into the welcome hands of Eamonn Connolly who slammed the gift chance to the roof of the net.

Within eight minutes the champions were 1-3 to 0-0 to the good, the West side’s luck was out with a needlessly conceded 45 (converted by Brian McGrath) and also an knee injury to Kevin Power which forced the Galtee midfielder off after only three minutes of play. The other points for Loughmore came from cousins Noel and Liam McGrath (the latter would end the game with eight points to his name).

It took Galtee Rovers 14 minutes to register their first point and then, bus-like, a second came within 60 seconds; the first was scored by Shane Power (after good work by Shane Egan), the second involved a nice move between Sean Daly and Darren McGrath before the latter bisected the uprights from 30 metres out.

Three points in four minutes from the 2011 All-Ireland minor winning captain Liam McGrath had the champions 1-6 to 0-3 ahead after 24 minutes and the game was beginning to look all to easy for the holders. But Galtee pulled themselves back into contention in the 26th minute when a good move involving Darren McGrath and Colin Morrissey got Shane Egan into space and the centre-forward fisted home beyond the reach of Dominic Brennan. At the break there were just three points in it at 1-7 to 1-4.

A flowing movement early in the second half linking Tony O’Brien and Shane Egan was finished nicely by Eric Grogan and for all of a minute, no more, Galtee dared to dream at just two points down. But a turnover coming out of defence was capitalised on by Noel McGrath and his pass to Cian Hennessy was rocketed home for a Loughmore goal. Thereafter Bansha dreamed no more. 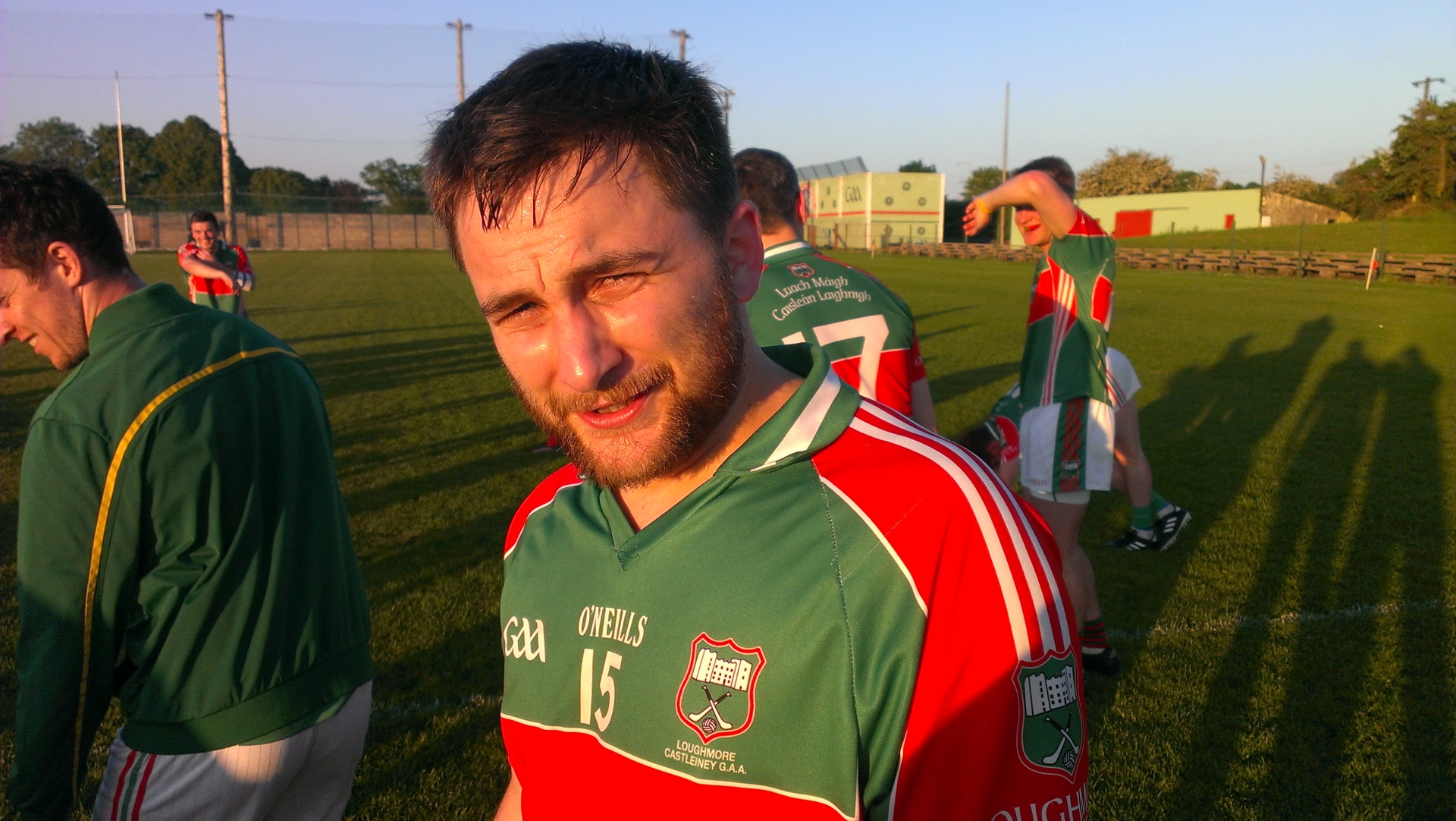 Cian Hennessy, Man of the Match in last year's county final, scored an excellent goal for the county champions Loughmore/ Castleiney in their win over Galtee Rovers in Cashel this evening.

The sides then traded two points apiece, with excellent scores from play by John McGrath (L/C) and Darren McGrath (GR) and there were still only five in it with seven minutes to play. But Loughmore, as if indicating that their perennial persistence is still as strong as ever finished with a show of strength to rattle off four unanswered points. Two in a row from Liam McGrath were followed by two excellent strikes from Eamonn Connolly and arguably the best wine saved till last when Tommy Maher’s run up the right wing was finished with point from 30 metres to bring the game to a conclusion.

Fielding without John Meagher, Joseph Hennessy and Liam Treacy from the team sheet, Loughmore still had plenty in reserve to win here. There best performances came from Lorcan Egan, Ciaran McGrath, Noel McGrath, Liam McGrath and Eamonn Connolly. The early message is gone out well and clear that the O’Dwyer Cup will be fiercely defended once more around Loughmore and Castleiney.

For Bansha it was a disastrous start, a Galtee sized challenged turned almost Himalayan in proportions with the concession of 1-3 to the county champions within the first eight minutes. But credit to them they didn’t panic and managed to get it back to just two points before the second goal, avoidable from their perspective, was conceded. In Patrick Marnane, Shane Power and Andrew Morrissey at the back they had genuine workrate all through, Bernard Fitzgerald and Eric Grogan were up against it in the middle but grew into the challenge, while the forward line lived on scraps, Darren McGrath and Sean Daly the most prominent.