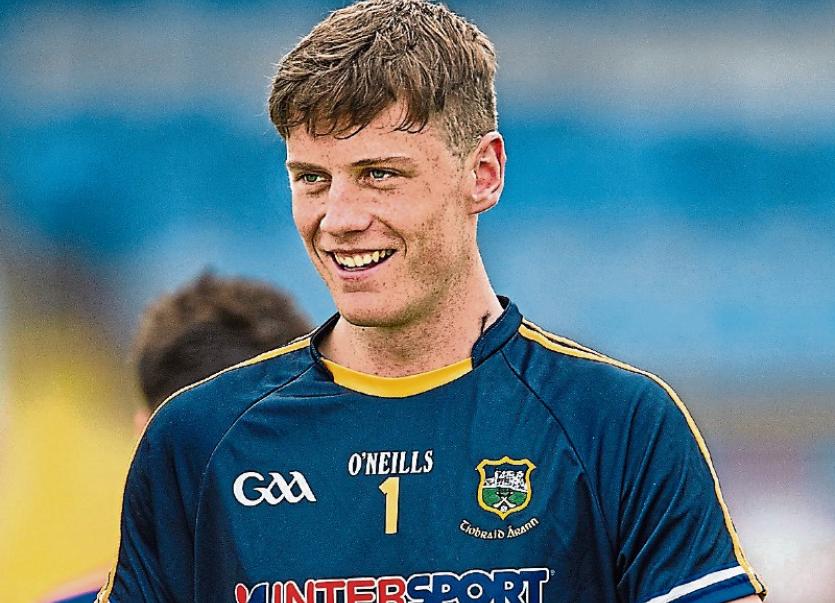 Evan Comerford, Kilsheelan/Kilcash, who has been suspended for 12 weeks.

Tipp senior football goalkeeper Evan Comerford has been suspended for 12 weeks following an incident in a County Senior Football Championship game between his club Kilsheelan/Kilcash and JK Brackens of Templemore at Boherlahan on Tuesday of last week.

Experienced referee Paddy Russell red-carded the Kilsheelan 'keeper late in the game, which the Templemore side narrowly won.

Following the submission of the referee’s report the case was discussed at a meeting of the county Competitions Control Committee (CCC) on Monday night last and as a result Comerford has been suspended for 12 weeks, which in effect rules him out of championship action for his county this summer.

This will come as a huge setback for the Tipperary senior footballers as they prepare to meet Cork in the Munster semi-final in Páirc Uí Rinn on Saturday week. The highly-rated Tipperary custodian, an All-Ireland minor medal winner with Tipp minors in 2011, was nominated for an All-Star last year in acknowledgement of his role in Tipp’s progress to the All-Ireland semi-final.

It will more than likely now mean that Moyle Rovers goalkeeper Ciarán Kenrick will take the No. 1 jersey for the provincial semi-final clash with Cork.