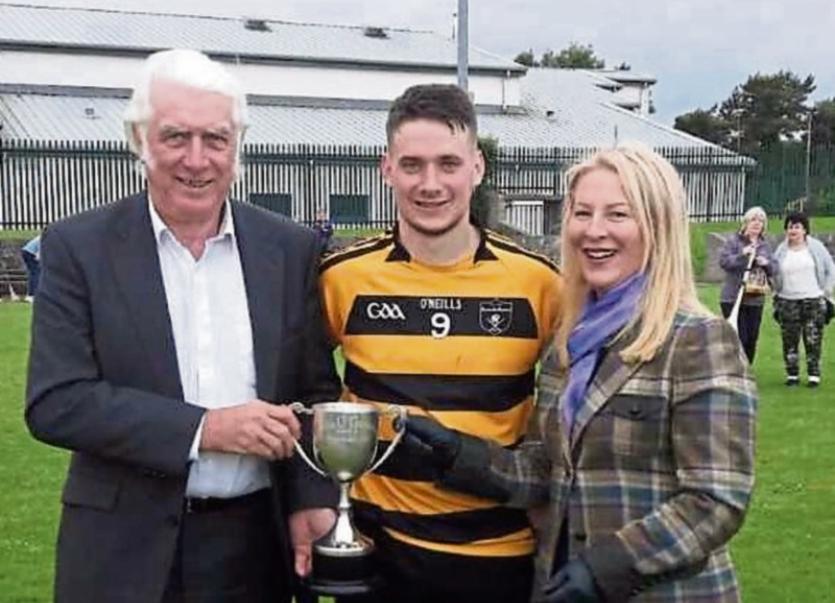 Arravale Rovers won a first ever Maria Marron Palmers Hill Stud West Junior B Hurling League Final when they got the better of Sean Treacys in Cappawhite on Saturday.

It was the third meeting of the sides in recent weeks with both sides having a victory a piece going into the final.

Arravale Rovers played with the aid of the breeze in the first half and started at a lightning pace, opening up an early four point lead through points from Cormac Maher (3) and Ted Lowry after just four minutes.

Joe Carey eventually opened the Sean Treacys account with a pointed free after seven minutes and this was followed by another free from Sean Kennedy eight minutes later to leave the score 0-4 to 0-2 in favour of Arravale.

Michael Sharpe and Sean Kennedy (free) swapped points to keep just two points between the sides at the start of the second quarter.

Cormac Maher could have had Arravale’s first goal but the Sean Treacys full back Seamus Costello managed to get his leg in the way and divert it out for a 65.

Jordan Doyle pointed and this was followed by the game’s opening goal as Matthew Moroney ran at the Sean Treacys defence shooting low past Seamus Butler.

Nathan Murphy Crowe added two points from play and a free as Arravale Rovers were now in complete control with Seamus Kinane bossing midfield while Richie Lohan was leading from defence. S

ean Treacys got a lifeline just on half time though. Matthew Moroney looked to be bearing down on goal but indecision saw his shot blocked, Sean Treacys got the sliotar up the field which eluded the Arravale Rovers full back Gerard O’Dwyer, Ollie Carr gathered possession rounded the goalkeeper and finished to the net. With that Phil Ryan blew the half time whistle, Arravale Rovers leading at half time 1-8 to 1-4.

Nathan Murphy Crowe pointed twice on the resumption to increase Arravale’s advantage. Scores were hard to come by for both sides but Arravale were doing enough to keep themselves ahead and with further points from Cormac Maher and Michael Sharpe they extended their advantage.

Sean Treacys  weren’t about to give up and the experienced Liam Nolan continued to win possession in midfield and in the half back line.

Sean Kennedy started to win a lot of possession at centre forward which caused problems for the Arravale defence.

Joe Carey opened their second half account on the three quarter mark from a free and Sean Kennedy added two further points from placed balls. Nathan Murphy Crowe responded with two pointed frees and Arravale Rovers looked to be in a comfortable position, seven points up with five minutes to play.

This though would be their last score of the game. Sean Treacys threw what they had into the final minutes and Liam Nolan, Sean Kennedy and Shane Fahy all pointed to put just four points between the sides as the clock went into the red. They tried to work goal chances but were continually thwarted by an excellent Arravale defence lead by Richie Lohan but playing as a very strong unit.

Arravale Rovers held out as Phil Ryan blew the final whistle on a score-line of 1-14 to 1-10.