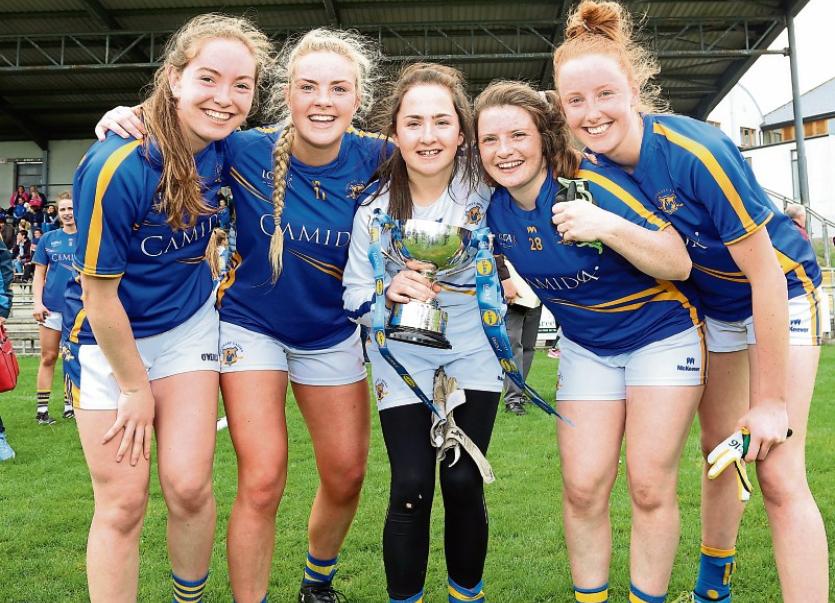 Tipperary lady footballers will be hoping to win more silverware on Saturday.

Tipperary have been knocking at the Intermediate Championship Final door for a while now, suffering defeats to Waterford in 2012, 2013 and 2014 by three points on each occasion.

In 2016 Waterford were promoted to Senior Championship and this finally opened the door for Tipperary when they met Clare in the TG4 Munster Intermediate Championship Final under the management team of Gerry McGill, Peter O’Leary, Una O’Brien, Jim Kilty, Michael Nash, Richard O’Brien and Elaine Harte.

With the Waterford barrier removed Tipperary had nothing to fear and indeed, it was a tough battle.

Although, five points down at half time Tipperary managed to turn the game around to claim their first ever Munster Intermediate title. In 2017 Tipperary will hope to build on this and claim their second title.

There have been changes a foot in Tipperary with a new management team of Shane Ronayne, Alan O’Connor, Tony Smith, Elaine Harte and six players from that Munster Final team no longer available to Tipperary due to other commitments.

With all this taken into consideration, Tipperary have remained unbeaten in the Lidl National Football League with only Wexford coming close in the Final when both teams could not be separated on that occasion.

However, in the replay Tipperary claimed the title and promotion to Division 2 when the game finished on a score line; Tipperary 0-15 Wexford 1-10.

In their first game of the Munster Championship Shane Ronayne felt it appropriate to introduce a number of new players to the Championship side - Rachel O’Donnell (Cahir), Elaine Kelly (Cappawhite), Laura Dillon (Ardfinnan) and Evrena Everard (Moyle Rovers).

Ronayne was “very impressed with each girl’s performance and was looking forward to the competition this would create in the future for places on the team”.